Nur-Sultan and Religions. From the Hatred of Qabeel “Cain” to the Faith of Abeel

NUR-SULTAN  – In recent years, acts of violence on a religious basis have significantly escalated, causing the death of a large number of people around the world. Despite this, religious violence is not a product of the modern era, but rather is as old as humanity. Indeed, the first murder in the history of Humanity, committed by the killer on a religious pretext. Cain (Qabeel) killed Abeel because of a devotional ritual, which is the sacrifice, which God did not accept from him while He accepted it from Abeel. Humans have always taken the difference in belief as a reason for persecuting the different other, although when we search in the original sacred sources of the heavenly and even non-heavenly religions, we find that they came mainly to achieve peace for humans. 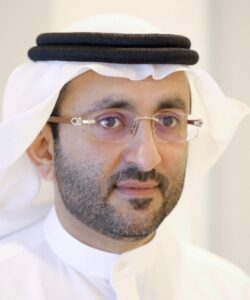 On the other hand, calls for the establishment of world peace and the elimination of wars and conflicts are also increasing, and between the escalation of violence on a religious basis and the call to achieve peace, a question that may seem logical comes to mind: Is the solution to achieving peace is to remove people from their religious identities?

There are those who answer this question yes, and it is a trend that some try to drag societies to in different ways and means, but before I present my answer to this question, I return again to the story of Qabeel and Abeel. The response to the crime of Qabeel, religion was defended to refrain from committing the crime that if I stretched for all the sons of Adam, maybe they had missed them, he said:( If you raise your hand to kill me, I will not raise mine to kill you, because I fear Allah—the Lord of all worlds) – “Surah Al-Maidah verse 28”.

Here we clearly understand that the motive for the murder was not religion, but rather the misunderstanding that was fueled by man’s hatred for his fellow man, while the fear of God stemming from the faith that religion generates was a reason to save humanity from destruction. Therefore, the solution is not to abandon religion and isolate with it, but rather to return to the true religions, which is expressed by Abel’s understanding, and vice versa, as moving away from religion or atheism and the subsequent destruction of values and the fragmentation of the structure of society and the absence of religious scruple leads humanity to a world in which there is law The jungle is less cruel than what people would face if they abandoned their religions.

And if Abeel’s understanding of the message of religions, which is peace, is the solution we seek, then reaching this solution, in my opinion, started from Nur-Sultan, as Kazakhstan understood early on that the plurality of religions and differences in cultures can contribute to resolving conflicts, by building a correct awareness of the message and role of religions In promoting peace, this can only be achieved by the joint effort of the leaders of all religions, who have the ability to inspire and guide their followers, and guide them to the sublime meanings of religions.

Hence, the Conference of Religious Leaders, organized by Kazakhstan every 3 years, reflects a correct understanding of the message of religion as a savior of humanity, embodies our aspirations to achieve world peace on the basis of human respect for each other’s differences, and magnifies the human role of religion, which raises the value of the human soul, and advances the human interest. General on narrow material or country interests.

In view of many of our major problems that threaten the fate of humanity, in which no one has accused religion, such as climate change, the Covid-19 epidemic crisis, and even economic crises, we find that the absence of human values that religion develops is a reason for humanity’s inability to confront these crises. Selfishness, materialism, arrogance and hatred, These are values that we can call (Qabiliya) because they coincide with Cain’s motives in killing his brother. They are a major reason for the exacerbation of these crises, and here we do not seek for religions to restrict the movement of development. Human peace, which is already achieved through what Kazakhstan is doing at its annual conference.

The author is Dr. Sultan Faisal Al Remeithi, the Secretary General of the Muslim Council of Elders. He was formerly the executive director of the Executive Council of the Emirate of Ajman in the United Arab Emirates. In 2020, he received the Medal of Sciences and Arts of the First Order from the president of Egypt for his services in promoting tolerance, peace and coexistence.

The article was originally published in the Meri Media.