NUR-SULTAN – Kazakh President Kassym-Jomart Tokayev signed a decree “On amendments and additions to the decree of the President of Kazakhstan dated June 9, 2021 No. 597 ‘On further measures in Kazakhstan in the field of human rights” last week. Igor Rogov, the Chairman of the Human Rights Commission under the President of Kazakhstan, member of the Venice Commission of the Council of Europe spoke about this initiative and its  significance in an interview for this story. 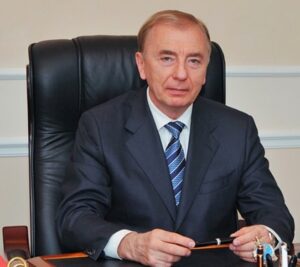 Could you please explain why this law was adopted and how it will affect the human rights situation in the country?

Ensuring the protection of human rights is a priority of the country’s state policy. In 2021, the President signed a Decree “On further measures of the Republic of Kazakhstan in the field of human rights.” As a result, the government approved a plan of priority measures to implement the initiative.

The plan was positively received by the international community. It includes the liberalization of religious legislation, the abolition of the death penalty, policies designed for women empowerment, the improvement of law enforcement and judicial systems, and the creation ­of conditions for people with disabilities.

In 2021, the amendments have also been introduced to the legislative acts­ providing the reduction of the quantitative qualification for registration of religious associations and holding religious events, the transition from permissive to notifying nature of their conduct, the introduction of a service model for the work of police bodies, the gradual transfer of medical support functions for convicted and pre-trial detainees from the Ministry of Internal Affairs to the Ministry of Healthcare, the expansion of conditions for employment of convicts and their social adaptation.

In addition, draft laws have been developed to amend legislative acts on improving the quality of life of persons with disabilities. Authorized state bodies approved criteria for assessing the presence of ill-treatment that led to social­ adaptation and social deprivation; instructions on the implementation of a pilot project on documenting injuries and (or) psychological impact as a result ­of ill-treatment.

The government is set to adopt a plan for further measures in the field of human rights and the rule of law, including the elimination of discrimination against women, the right to freedom of association, the human rights of persons with disabilities, migrants, stateless persons and refugees, criminal justice, the execution of sentences and the prevention of torture and ill-treatment ensuring the rights of victims of human trafficking, improving mechanisms for interaction with the United Nations bodies.

The protection of human rights is a priority in the political agenda of Kazakhstan. The signing of the decree once again underlines that the policy of our state is aimed at purposeful implementation of obligations to protect the rights and freedoms of all categories of citizens in accordance with generally recognized international standards.

What measures should be envisaged as part of the implementation of the above-mentioned decree?

Among the priorities I would mention is the development of mechanisms for preventing violence against women and children, ­studying the issue of­ Kazakhstan’s accession to the International Labor Organization Convention on the elimination of violence and harassment in the world of work, introducing amendments to the legislation regulating the activities of public associations aimed at liberalizing the procedures for their establishment and organization­ of their activities.

I consider it equally important to further improve national legislation and law enforcement practice in relation to trade unions and labor conflict resolution; develop proposals for non-financial incentives for business entities and organizations in the social and banking sectors, as well as those providing other services to the population to create conditions for access for persons with disabilities.

It is also necessary to highlight the development of proposals for improving the procedure ­for considering citizens’ appeals for conditional early release from serving a sentence due to illness or disability, criminal and administrative-tort legislation in terms of the ratio and appointment of punishments, the application of administrative penalties in the framework of the implementation of the Concept of Legal Policy.

The proposed emphasis should be shifted to compliance with international standards and the protection of citizens’ rights, including against violence and torture.

The Human Rights Commission under the President of Kazakhstan has been working closely with the Council of Europe’s HELP in Central Asia” project since 2021. Could you elaborate on this?

The abbreviation HELP stands for Human Rights Education for Legal Professionals, i.e. human rights education for representatives of legal professions. The Council of Europe’s HELP program has been around for quite some time and is an online platform for human rights courses. Their key audience is primarily judges, prosecutors, and lawyers, but the topics are quite extensive, so the audience is also expanding.

Since 2020, the platform has been operating in Central Asia within the framework of the Council of Europe Program/The European Union’s Rule of Law in Central Asia Program, which aims to raise awareness of European standards and human rights among members of the legal profession. In this regard, on March 25, the Commission on Human Rights under the President of Kazakhstan, together with the Sorbonne-Kazakhstan Institute of Abai Kazakh National Pedagogical University and ­the European Human Rights Education Program for Representatives of Legal Professions in Central Asia­, held a webinar on European standards for human rights in law enforcement as part of the project Legal Dialogues, which covered the current ­issues in the field of human rights. The experts discussed peaceful protests, prevebting torture, the fight against terrorism and respect for human rights during mass events.

On March 31, the Commission on Human Rights under the President of Kazakhstan met to discuss topical issues of human rights observance in the country’s law enforcement agencies, including the ­prevention of torture at the initial stages of criminal proceedings, as well as in closed institutions, taking into account the President’s latest state-to-the-nation address.

The participants of the meeting also discussed issues of observing and ensuring the rights of citizens and other persons in the course of law enforcement agencies’ activities. These rights are guaranteed by the Constitution and laws of Kazakhstan, the UN International Covenant on Civil and Political Rights, the Convention against Torture and other international treaties ratified by Kazakhstan.

The recommendation of the Commission on Human Rights are aimed at making proposals to fulfill the instructions of the head of state on improving legislation in the law enforcement sphere and bringing it in line with the standards of the OECD countries, as well­ as at considering the issue of returning the penal enforcement system­ to the jurisdiction of the Ministry of Justice or creating an agency for the enforcement of criminal penalties and correction of convicted persons.

The Human Rights Commission coordinates the defense of the next national report on the implementation of the provisions of the International Convention on the Elimination of All Forms of Racial Discrimination. It will be introduced on April 21-22 in Geneva as part of the 106th session of the UN Committee on the Elimination of Racial Discrimination.

The article was originally published in Kazakhstanskaya Pravda