By Saniya Bulatkulova in Culture on 9 April 2022

NUR-SULTAN – Kazakhstan’s renowned DJ Imanbek Zeikenov will go on the Rahmet World Tour across Europe and the United States starting on April 8 and lasting through Sept. 25,  Imanbek announced on his Instagram on April 5. 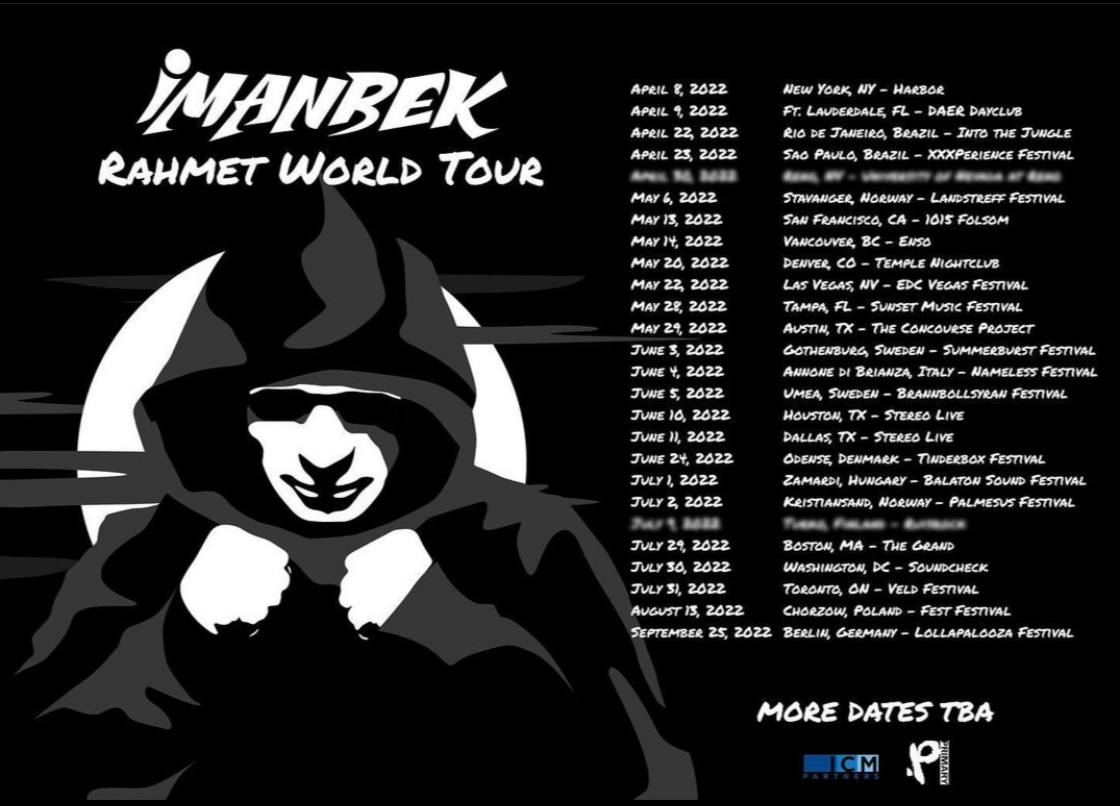 The music producer will first perform in New York and Florida, bring his tracks to Brazil, Norway, Sweden, Denmark, Italy and Hungary and end his tour with a performance at the Lollapalooza Berlin music festival.

Earlier, on New Year’s Eve, he released a remix for the “Holidays are Coming” song that the Coca-Cola Kazakhstan company used for its promotional campaign.

Twenty-one-year-old Imanbek became famous after winning the Best Remixed Recording award for his remix of Saint Jhn’s 2016 song “Roses” at the 63rd Grammy Awards in 2021. He received an award from Spotify in recognition of one billion streams of the same remix the following year.