NUR-SULTAN – Kazakhstan will implement nearly 700 investment projects aimed at import substitution and the export of finished products as part of the program to promote import substitution, said Kazakh Minister of Industry and Infrastructure Development Kairbek Uskenbayev at an April 26 government meeting. 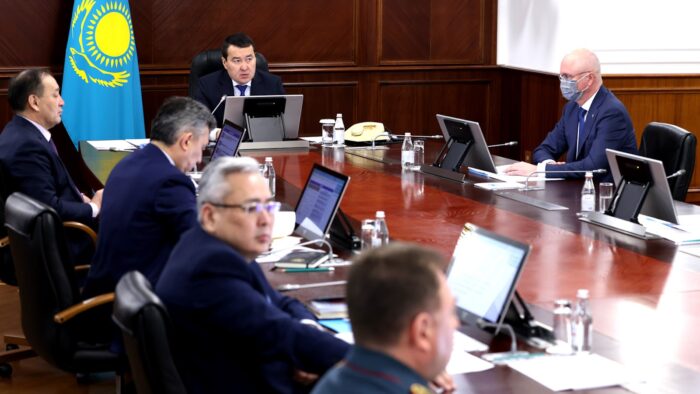 The government is currently preparing an import substitution program that is designed to bring the share of local content to 60 percent, develop new industries and create 116,000 jobs.

According to Uskenbayev, the ministry analyzed opportunities for the development of the manufacturing industry with a focus on import substitution. Last year’s imports were $38.3 billion, he added.

The list includes about 700 projects, and 286 of them are key import-substituting projects. In terms of industries, the processing industry accounts for 633 projects with investments of 20.5 trillion tenge (US$45.9 billion) and the creation of 108,000 jobs.

This year, 165 projects will be commissioned, while the rest 498 will be realized between 2023 and 2026. Some of the major projects are the construction of a propylene plant in the Atyrau Region, a tire plant in the Karaganda Region, a gold extraction plant in the Akmola Region, and an oil refinery in the Turkistan Region.

This plan is expected to help Kazakhstan become the world’s second-largest exporter of ferroalloys, reduce steel imports by 75 percent, increase cotton processing to 100 percent and increase import substitution of floor coverings and geosynthetics by 25 percent.

For effective implementation of the program, it is also planned to implement in parallel systematic measures to support business and stimulate sales of finished products.

Addressing the government meeting, Kazakh Minister of Agriculture Yerbol Karashukeyev said that at the end of 2021, the provision of the domestic market for 29 major types of food products through domestic production was over 80 percent. To support the country’s ability to meet its own needs, by 2025, the ministry plans to put into operation 24 meat-packing plants, 22 projects to plant gardens on the area of 8,200 hectares, commission 20 milk processing plants, construct and expand 23 poultry farms, and construct a new sugar plant.