By Saniya Bulatkulova in Nation on 3 April 2022

NUR-SULTAN  – Kazakhstan has jumped up five positions since 2021 and now ranks 40th out of 146 countries in the tenth World Happiness Report 2022 published on March 18. 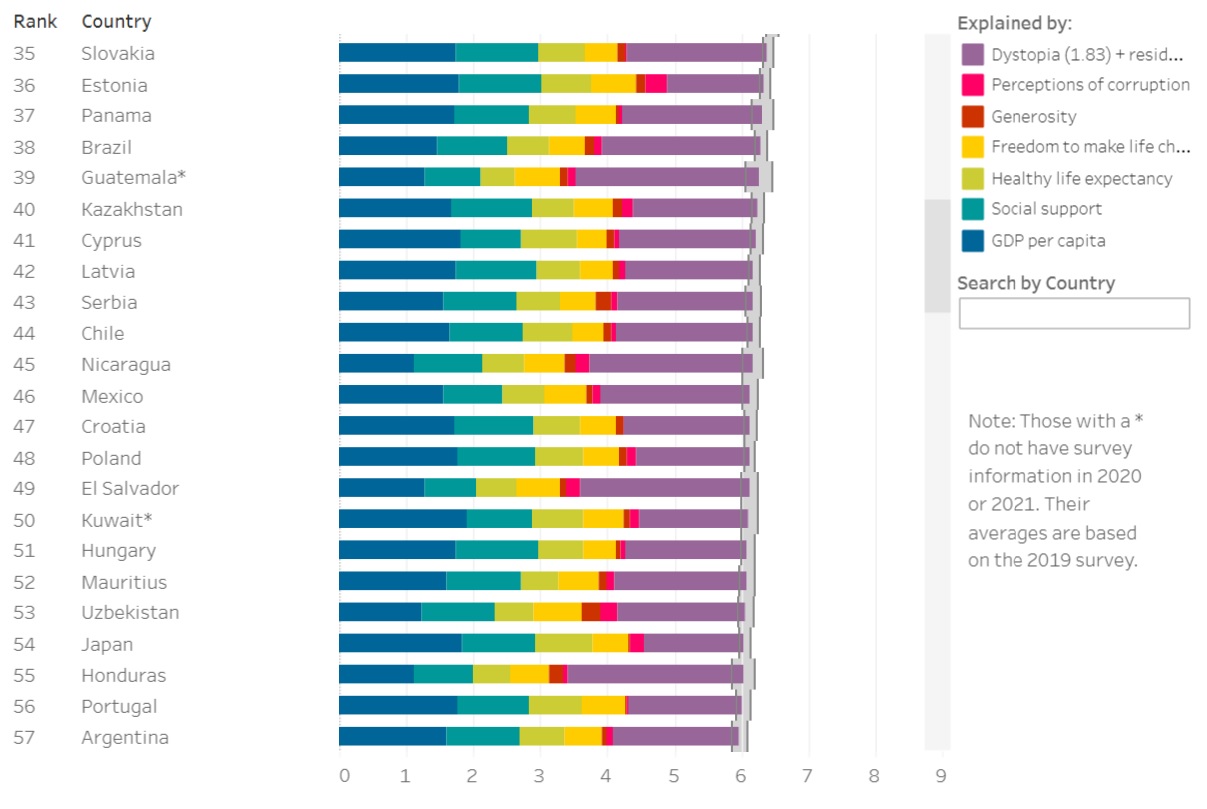 The report is based on the Average Life Evaluation which relies on such factors as perceptions of corruption, generosity, freedom to make life choices, healthy life expectancy, social support, GDP per capita, among others.

In this regard, Kazakh people are mostly satisfied with GDP per capita but they are concerned about the problem of corruption, according to the report authors John F. Helliwell, Haifang Huang, Shun Wang, and Max Norton, all scholars at prestigious Canadian universities, who have been conducting a worldwide survey among more than nine million people in 2019-2021.

Overall, Finland ranks first, Denmark and Iceland are second and third, while Switzerland and Netherlands round out the top five countries with the highest indicators of happiness.

Among the CIS (Commonwealth of Independent States) countries, Uzbekistan is placed 53rd, Kyrgyzstan ranks 64th, Belarus is 65th and Russia is 80th, while Germany finished 14th, the United States is 16th and the United Arab Emirates is 24th.