NUR-SULTAN – Kazakh President Kassym-Jomart Tokayev calls for measures to support the domestic IT industry and facilitate the activities of the international IT companies during the meeting with Minister of Digital Development, Innovations and Aerospace Industry Bagdat Mussin on April 7, reported Akorda press service. 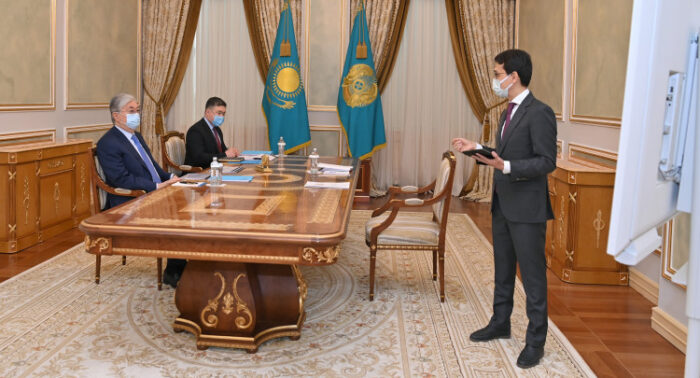 The meeting was dedicated to the plans and prospects for the development of the telecommunications market, digitalization and the IT sphere. Among many initiatives, the plans include the launch of the commercial fifth-generation (5G) wireless network in cities of national significance and human-centric services.

It is reported that the internet quality has been improved in 628 settlements in 2021 and 140 more villages will be provided with internet access in 2022.

Demonopolization of the Kazakhtelecom group of companies, and the adoption of legislative initiatives to improve the competitive environment will also be introduced.

Mussin also proposed to create a platform for digitalization based on the National Information Technologies Company with the participation of the domestic IT companies and experts.