By Saniya Bulatkulova in Kazakhstan Region Profiles: A Deep Dive Into the Heart of Central Asia, Society on 17 April 2022

NUR-SULTAN  – The story of the only female kokparshy (kokpar player) Eva Zhigalina living in the Almaty Region deserves to be praised for one of the very few women in the country who are able to play one of the most popular equestrian national games. 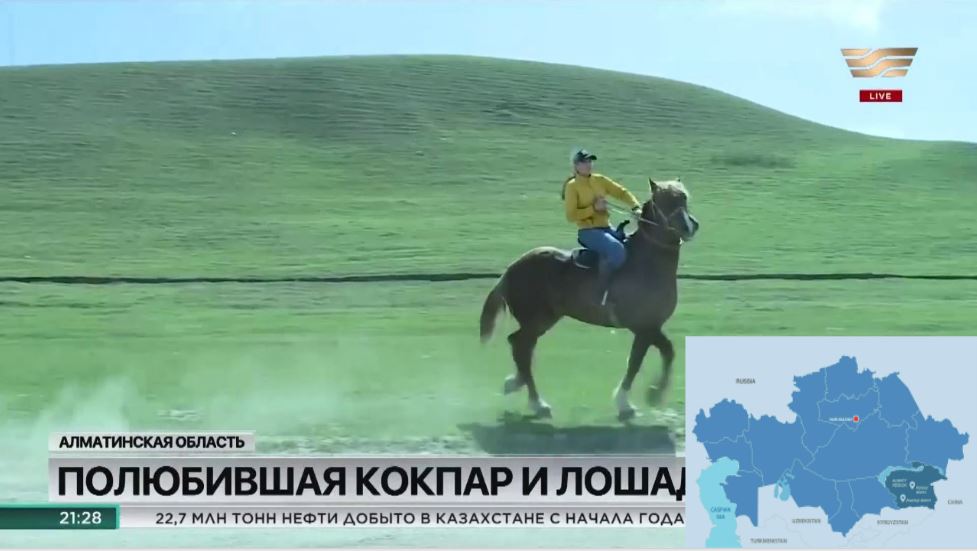 Kokpar is a symbiosis of horse racing and wrestling and has been a popular sport among Central Asian people since ancient times. In this game, two teams try to advance a headless goat carcass and throw it into the goal of the opposing team.

Even though people play kokpar now to preserve Kazakh culture instead of mastering some skills needed for use in battles as in the past, this game still requires great endurance, agility and physical strength.

In an interview with Khabar TV channel, Zhigalina said she had a keen interest in horses from an early age. The Amazon (the way her colleagues refer to her) started to participate in kokpar competitions when she was a 15-year-old girl. Since then she decided to devote her life to playing kokpar and horse breeding.

According to the report released recently by Khabar TV channel, the female kokparshy is particularly proud of her horse, named Samson, whom she bought when he was a 3-year-old colt. “In kokpar, Samson is a professional, confident, strong and sensitive player, so he has no equal. We don’t fail each other, so we are better together,” Zhigalina noted. 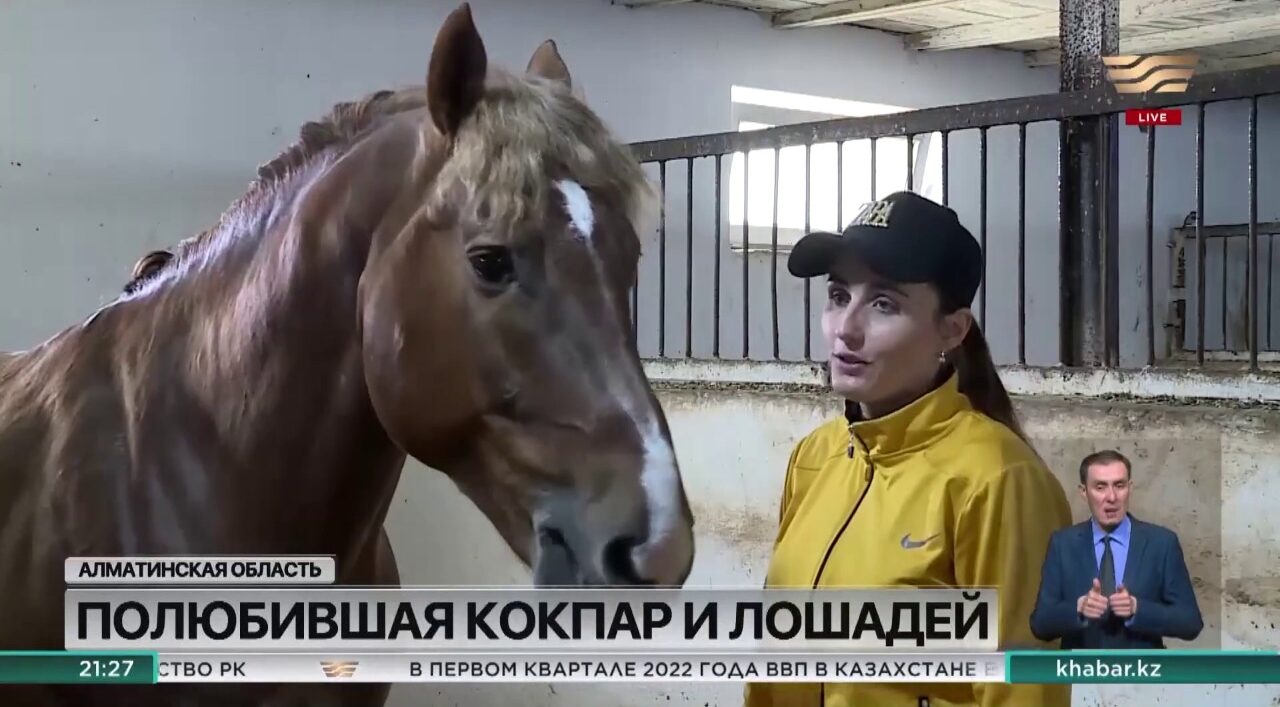 Although some people around are not supportive of Zhigalina’s hobby, the local aksakals (wise old men) support her, so she can participate in competitions held in Karasai and Zhambyl districts located in the southern-western part of the Almaty Region.

“Any boy around here knows who Eva is. She lifts a rock from the ground while riding at full gallop, and she is perfect in kokpar playing,” said local horse breeder Samat Zhumagaliyev in an interview for the story.

Besides horse riding, Zhigalina has the experience of playing the role of a girl warrior in the “Tomiris” historical drama about the Saka tribes’ warrior queen. But acting is not what she wants to do for the rest of her life.

To date, she owns more than a dozen thoroughbreds in her stable and selects horses of specific breeds in Russia, Europe and Asia to further prepare them for kokpar and baige (a long-distance horse race) competitions together with her husband Thelman.

Zhigalina added that she plans to establish her own professional riding school in a few years.