NUR-SULTAN – In the Japanese city of Saitama, a middleweight boxing match took place this past weekend, in which IBF and IBO world champion and Kazakh athlete Gennady Golovkin and WBA Super belt holder Ryoto Murata clashed in the ring, Sports.kz reported. 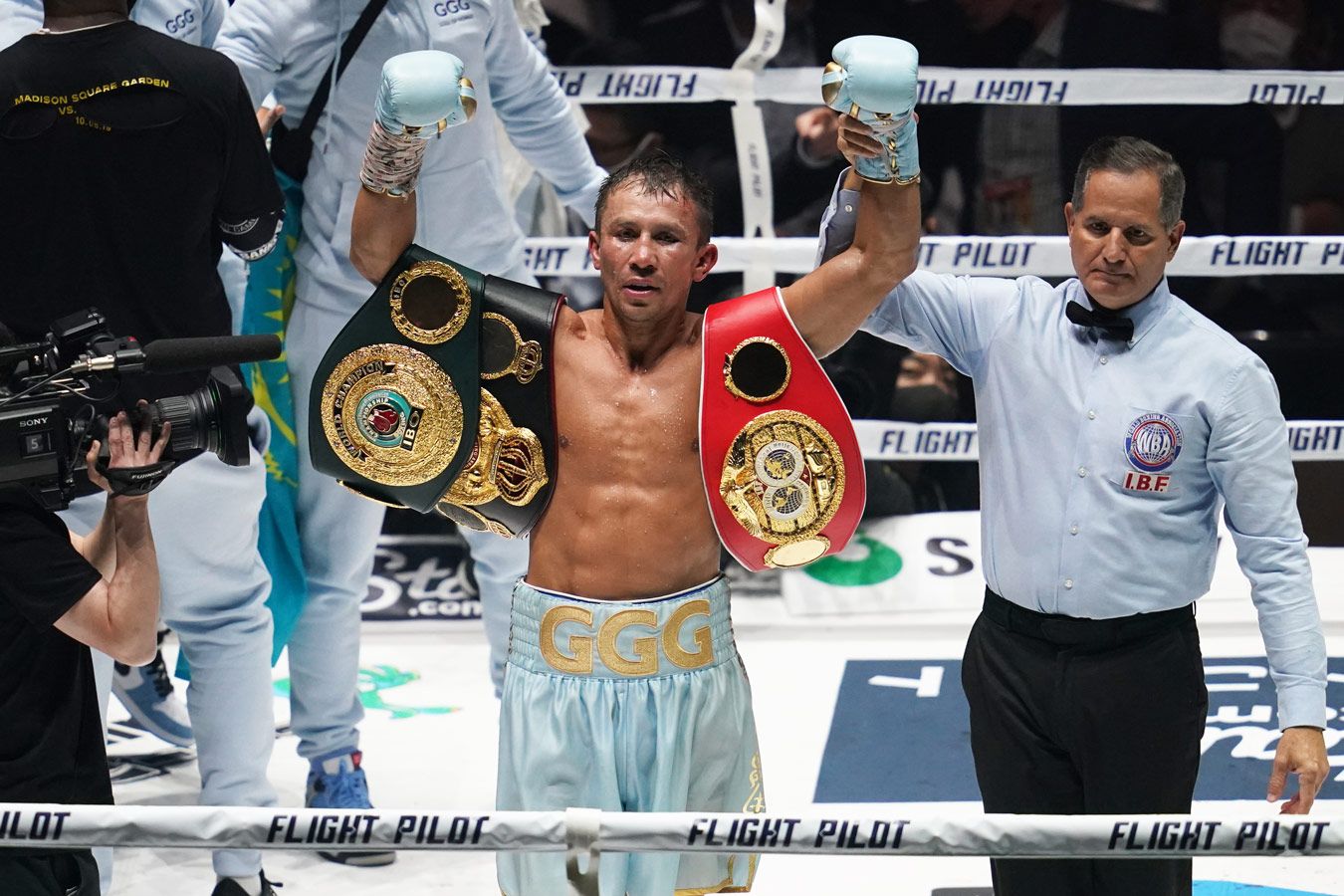 The fight was scheduled for 12 rounds, with three titles at stake. In the ninth round, the Kazakh boxer defeated his opponent with a technical knockout.

During the fight, Murata used relentless body attacks and constant pressure to slow Golovkin down. Golovkin’s footwork suffered, and each Murata body shot lowered Golovkin’s defense more and more. Eventually however, Golovkin went on the counter-attack, and began unloading punch after punch into Murata’s defenses. As Murata began nearing his limit, Golovkin flew out of the corner early in round nine, immediately landing a heavy right hand that ended the fight. Murata was sent flying back onto the ropes when Golovkin emptied the last of his energy reserves in an attempt to bring the fight to a close and forced the Japanese fighter to throw in the towel.

Golovkin thanked the organizers of the fight and the fans who came to watch the bout. He noted that Murata is a talented and persistent fighter and then returned the WBA “super champion” belt to the defeated Murata, which he rightfully won from the Japanese middleweight. GGG entered the locker room of Ryota after the fight and handed him the belt with the words “This is your belt for life.”

Golovkin has been the IBF and IBO champion since 2019, and has previously held the WBC title. Murata (16-3), is a Japanese fighter who won the WBA title in January and was the 2012 London Olympics middleweight gold medalist. This victory for the native of Kazakhstan opens the path forward to his third fight with Canelo Alvarez later this year in September.

The fight is tentatively scheduled for Mexican Independence Day in mid-September.

Golovkin gave Murata his chapan (a traditional walk-out robe with ornaments), which he usually wears in the ring, to pay respect to his opponent.