NUR-SULTAN – Eight ballerinas took the stage of Astana Ballet Theater on April 1 to perform in the Kazakh premiere of the “Falling Angels” – a choreographic miniature, one of the most famous works of Czech choreographer-philosopher Jiri Kylian. 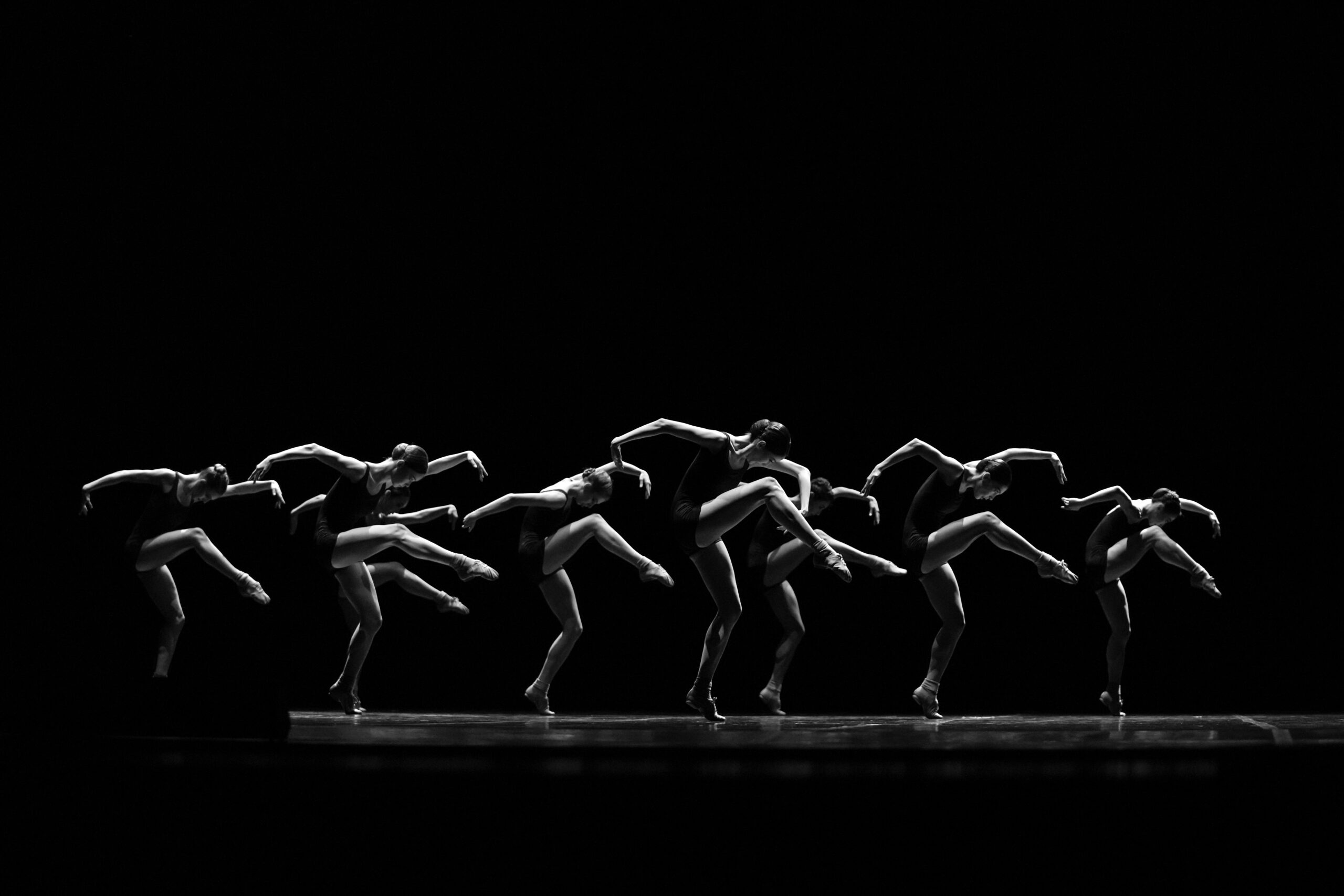 According to the lead soloist Tatyana Ten, the dance was interesting and complex, requiring very good physical shape and performance, because ballerinas do not leave the stage for the whole duration of the ballet, which is 15 minutes.

Ten said that the genius of Kylian shows in his choice of peculiar plastique. “I already danced Kylian’s repertoire before. Those were his masterpieces ‘The Little Death’ and ‘Symphony of Psalm’. All three ballets (including ‘Falling Angels’) use completely different plastique,” she said.

Kylian’s phenomenal musicality also shines through in “Falling Angels”. “Through the whole ballet we count to ourselves to get into our individual rhythms. Listening to the music you pick up your own accent in the music, a certain rhythm for each solo performer,” said Ten. Dancers have practiced by solely using the count for several weeks, before adding the music.

The Astana Ballet Theater has a distinctive cast of fine and classically trained dancers, who were highly valued by the choreographer-director and assistant of Kylian Stefan Zeromski.

“Each one of the eight parts in ‘Falling Angels’ is a different type of woman, different character. During the cast for the roles, we made sure that the dancers matched not only steps and choreography, but also the type of character that fit the initial group of women, who danced in the first cast,” said Zeromski.

What the viewers should expect, Zeromski said, is that Kylian is very musical and he has prepared a certain idea for the dance, but it is also important to leave a little mystery.

“Everyone will find something for themselves. The idea is not fully stated, everyone will come up with their own interpretation,” said Zeromski.

“Not all theaters are given the right to stage such works, which are considered modern classics. They do a serious analysis of the troupe before they allow the ballet to be staged. We are very happy that we are on the top list of theaters, who are allowed to stage such masterpieces,” he said.

“Falling Angels” first premiered in 1989 and is part of Kylian’s “The Black and White Ballet” series.

Kylian is a world-renowned choreographer, who staged more than 100 works, of which 77 were performed in the Nederlands Dans Theater, where he worked as a director for nearly a quarter-century.

His works are often characterized by surrealism and minimalism and have been considered masterpieces of contemporary choreography. Kylian has been recognized worldwide and has received many awards, the most recent is his inauguration as a member of the prestigious Académie des Beaux-Arts in Paris.