NUR-SULTAN  – On March 16, President  Kassym-Jomart Tokayev delivered his long-awaited state of the nation address. Initially scheduled for September, the fact that already a major package of reforms was unveiled in March points to the urgency of transformative and long-lasting change in Kazakhstan, increasing demands for accountability and transparency of Kazakh citizens towards the political elites. 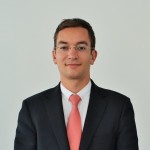 Evidently, the first part of the speech by President Tokayev was devoted to the January events. As we already heard during our visit to Kazakhstan, certain government structures (National Security Committee), high-level officials (Minister of Defence) and law enforcement agencies were complicit agencies in a coup against President Tokayev. Evidently, there was opposition among these actors to President Tokayev’s reformist credentials and the process of radical modernisation and transformation of the country which he began in recent years – a process which otherwise finds high support among the population and especially the younger generations.

While the January protests had their origin over a single economic issue, many people have been demanding a more accountable political system in Kazakhstan. It is to this topic that most of President Tokayev’s speech was devoted. The old political system had clearly exhausted itself, outlived its usefulness, and was in need of a major overhaul.

In one of the most welcomed announcements, President Tokayev announced the end of “institutionalized nepotism”, whereby close family members of the President can hold high positions in government and state owned enterprises. Until very recently, family members of the first President held leadership positions in institutions such as Kazakhstan’s National Chamber of Entrepreneurs; the National Security Committee; and state owned enterprises KazTransOil and QazaqGas. The new political system, from the clues we heard today, therefore, will be less based on family contacts and more on merit.

The other important announcement is the redistribution of presidential powers to the parliament, increasing the responsibility of the legislative branch of state power, while retaining general features of a presidential state. In other words, a strong president with a powerful parliament, where President Tokayev remains in charge of strategic development planning, representation of the state and foreign affairs, as well as national security and defense. And at the same time, the parliament is not there to merely to rubber stamp decisions of the executive branch of government but to play an active role strengthening control over the quality of execution of the state budget, for example.

We expect to more clearly see in practice the principle of clear and functional separation of powers into legislative, executive and judicial branches and their balanced interaction in accordance with the principle of checks and balances. President Tokayev also aims to increase the independence of the judicial branch by setting up the Constitutional Court to replace the Constitutional Council of Kazakhstan, an institution which all too often has been made susceptible to executive capture.

All the Central Asian republics emerged as strong presidential systems in the aftermath of their independence – perhaps with the notable absence of Kyrgyzstan which for a long time experimented with a parliamentary system but alas accompanied by a high degree of instability. Kazakhstan is pioneering in this regard in the sense that it starts a process to gradually devolve powers to the Parliament while keeping stability in the country.

Less attention during the state of the nation address was paid to economic reforms, which mostly dealt with the negative collateral damage of the current tense international geopolitical environment and in particular the impact of international sanctions on Russia, on the Kazakh economy. Other structural changes have already been set in motion – green economy, digitalisation, connectivity – and perhaps needed less attention in a speech that was firmly devoted to new radical changes for a new Kazakhstan.

A last point worth mentioning is that of the media. In countries in transition, we observe that the media is often seen as an obstacle or a nuisance by the government, which then creates an environment where journalists have to work in fear and intimidation. It is therefore remarkable that President Tokayev pledges reviewing the media law and therefore building environment for open, competitive and responsible media, as an ally of the government to carry out further democratic changes and increase feedback mechanisms between citizens and government. A critical and inquisitive media which does its job free of undue pressure, interference and intimidation is critical.

Of course, for some, the speech may not go far enough and may fall short of the expectations of some members of the public. While the threshold continues to decline for the formation of new parties, the real litmus test will be whether opposition parties actually get registered. Also, the fact that no direct elections for regional governors was announced may disappoint some pro-democracy activists. Instead, regional governors will be elected indirectly. That means the people don’t get to elect them, but local councils do, to which the President must propose at least two candidates.

In the coming months, a plethora of legislation; amendments to the Constitution; and new laws will need to be enacted and put it into practice. But the scene is set for the new Kazakhstan, and the “new Kazakhstan” is here to stay.

The author is Alberto Turkstra, the Project Manager of the Diplomatic World Institute (Brussels, Belgium).

The article was originally published in the EU Reporter.