NUR-SULTAN – President Kassym-Jomart Tokayev’s sweeping reforms announced in his state-of-the-nation address went beyond expectations and will strengthen the political system’s agility and responsiveness to the people’s demands, Kazakh experts noted during a roundtable on March 17. Among the key proposals attracting most attention were the transition to the mixed electoral model, the establishment of the Constitutional Court and three new regions, reports the Central Communications Service. 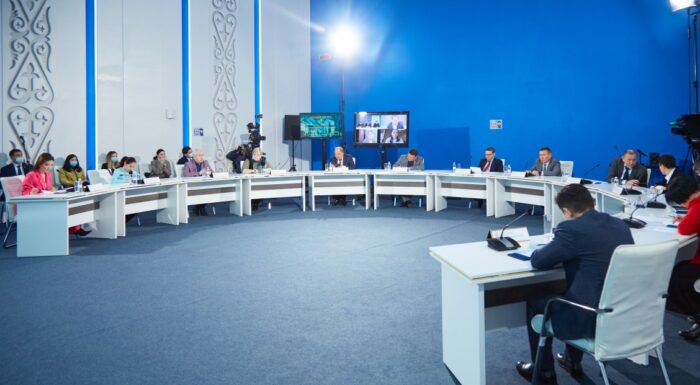 Yerkin Tukumov, Director of the Kazakhstan Institute for Strategic Studies, said the address paves the way for the country’s New Kazakhstan agenda and noted the address went beyond their expectations.

“The new reforms have taken into account the voice of the whole society, including the recommendations of members of the national council of lawyers, political scientists, independent and government experts,” said Tukumov.

He said one of the President’s messages was that no other reforms are possible without political reforms.

In his address to the nation, President Tokayev proposed unprecedented political reforms largely intended to transition the power structure of the country from a “super-presidential” model to a strong parliamentary system, he noted. For this purpose, the Mazhilis (lower house of Parliament) electoral system, would be transformed into a mixed proportional-majoritarian system.

Director of the Kazakhstan Institute of Social Development Kazbek Maigeldinov said “the biggest criticism of the local public was the quality of work of local executive authorities: akims (governors of regions and city mayors), deputies, members of the maslikhat (local representative bodies).”

This will enable the participation of candidates that are not nominated by political parties. According to Maigeldinov, with the new system, akims (governors and mayors) would better communicate with and be closer to the citizens.

“Unfortunately, previously, when candidates were elected based on party lists, there were different opinions among people, who did not recognize (part of those) candidates. Candidates were mostly unknown to the local population. Now, with the transition to a fully majoritarian system (at local levels), if you have the will to develop your city or region, you will have the opportunity to be elected to the maslikhat, or as a district’s akim,” said Maigeldinov, stressing the importance of such transition.

Director of the Institute of State History Erkin Abil said “without public trust in regional authorities, the system of self-organization will be very difficult to maintain. We have a unique chance to create a new model of regional government.”

Maigeldinov said the establishment of new regions has received enthusiastic support from citizens.

“There is a historical and cultural symbolism of those regions. Semei Region is the birthplace of the great Kazakh poet Abai, Zhetisu is also a land of great historical importance. There are many historical and cultural complexes in Ulytau: the mausoleums of Zhoshi khan and Alasha khan. Unfortunately, there are no proper roads to go to those places. Infrastructure development requires a clear budget consolidation in that region. With the new regional structure, those regions will have a good chance to become an attractive tourist destination not only for people in Kazakhstan but also from outside,” said Maigeldinov.

Aidos Sarym, the Mazhilis deputy and member of the National Council of Public Trust, said “the re-emergence of the Constitutional Court and its transformation into a comprehensive institution for the promotion of justice will contribute to the development of the judicial system in Kazakhstan,” which, according to him, contributes to the enhancement of public trust in the judicial system.

Overall, more than 30 amendments to the Constitution will need to be made to implement the President’s initiatives, and  more than 20 laws are to be adopted by the end of the year.