NUR-SULTAN – A real football thriller was played out by the national teams of Kazakhstan and Moldova in the qualifier to keep a place in Division C of the UEFA Nations League. 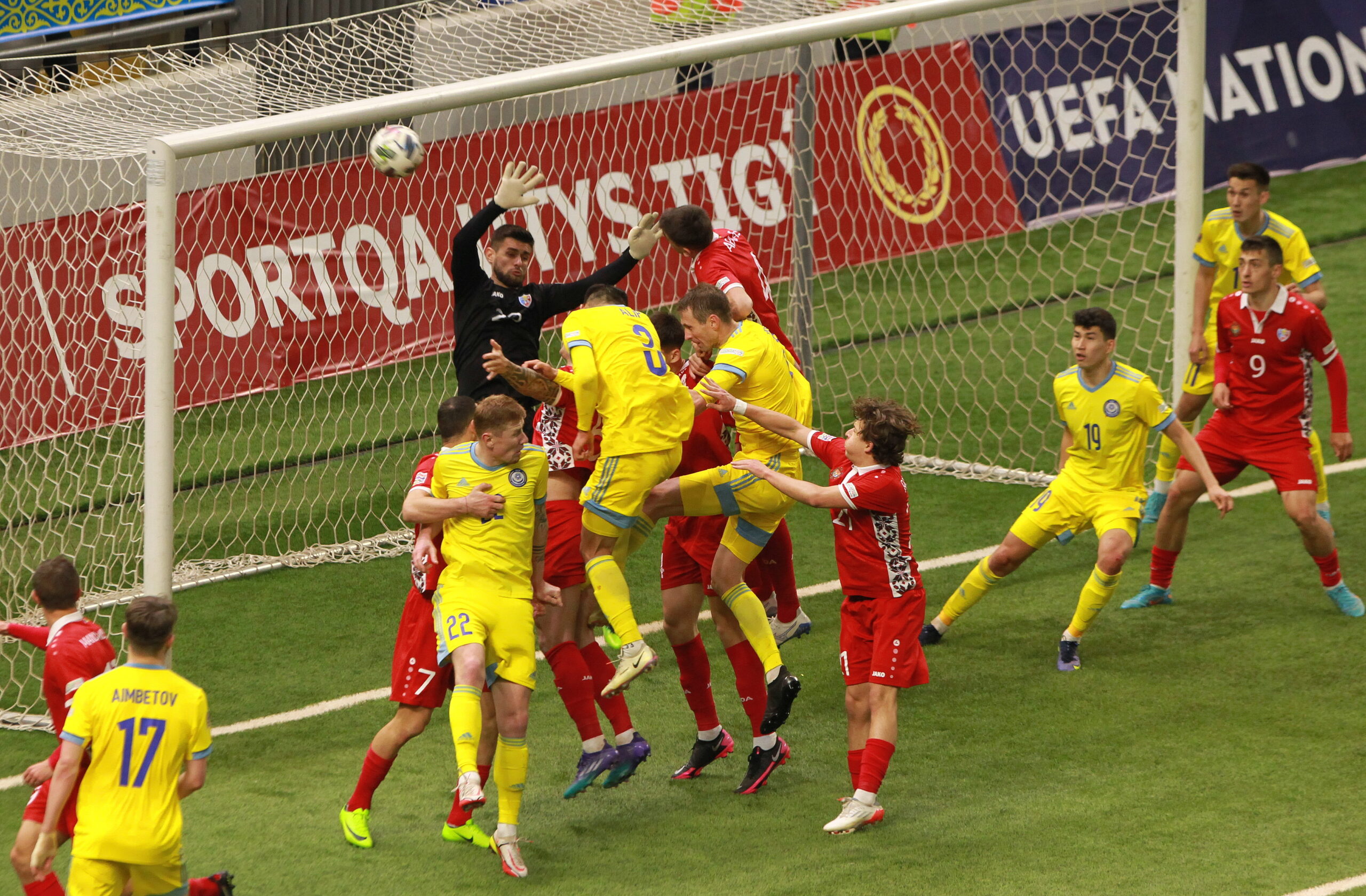 Despite a raging snow storm that almost paralyzed the transport system of the Kazakh capital in the evening rush hour on March 29, the stands of the Astana Arena gathered more than 12.5 thousand football fans. The first match in Chisinau a few days earlier ended with the unexpected victory of Kazakh football players 2:1.

In the return game, however, the 13th minute was unsuccessful for the hosts. A spectacular scissor strike by Moldovan defender Igor Armash put the visitors in the lead. Even many Kazakh fans were thrilled by the spectacular goal. After that, the initiative passed to the Moldovan players, who dominated the field.

In the second half, Kazakh players became more active. In the 63rd minute, the Kazakh team’s forward Abat Aimbetov, after a cross, headed the ball towards the goal at point-blank range, but the opponents’ goalkeeper Dorin Railyan diverted the imminent threat. This was followed by a free-kick and the hosts sent the ball hurling inches away from the goal bar. Kazakh defender Nuraly Alip then got his chance to score, but the Modolvan goalkeeper saved his team again.

In turn, Mikhail Kaimakov sent the ball sailing into the net right below the crossbar with a free kick. And then an incredible save was made by the goalkeeper of the Kazakhstan national team Igor Shatsky.

The game went into overtime, the first half of which was dominated by Moldova.  The Kazakhs’ head coach Andrey Karpovich made several substitutions, but they did not achieve the desired results. Playing time ran out and the two matches ended in a draw – 2:2. The teams then took penalties, in which the Kazakhs emerged the stronger.

Summing up on the results, Karpovich said he was happy with the eventual outcome. “I want to congratulate all Kazakh people. We continue to play in Group C,” he said.

In turn, the guest coach Sergei Kleshchenko stressed that he had no complaints about the performance of his players. The players fought to the end, but the penalty kick round is always a lottery.

Now, the players of Kazakhstan will continue to fight in the UEFA Nations League “C”. Their rivals in Group 3 will be the national teams of Azerbaijan, Belarus and Slovakia.