NUR-SULTAN – Kazakh President Kassym-Jomart Tokayev delivered a state of the nation address on March 16 at the joint session of the Kazakh Parliament. The focus of President Tokayev’s message was the need to transform the distribution of power from the office of the Presidency to a strong Parliament through enhancing the power and responsibilities of the legislative body of the government. 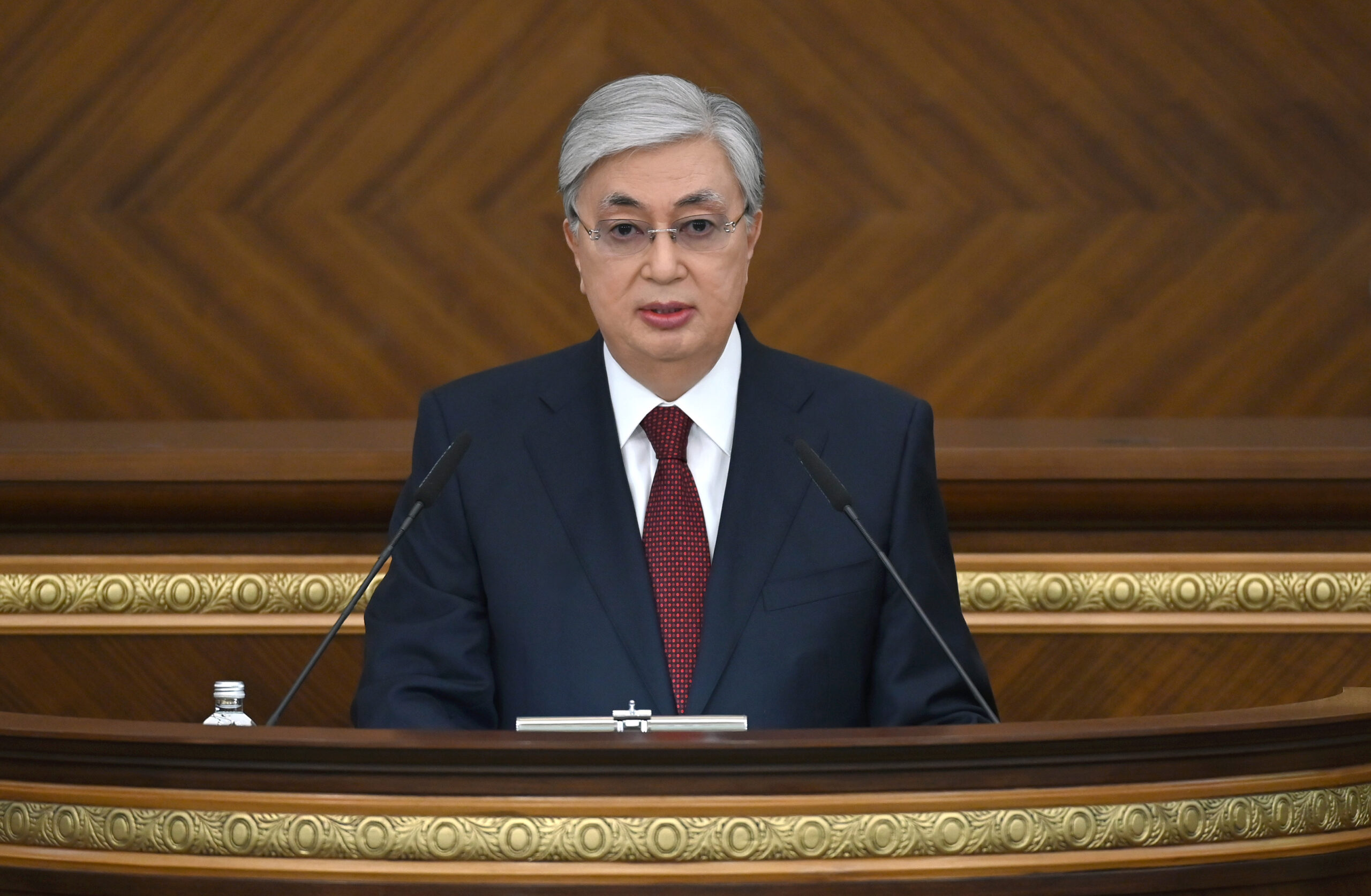 Reforms on a constitutional level to limit the powers of the President include a legislative prohibition of the president being a member of any political party for the period of his term. Earlier, the President announced that he will cease his chairmanship of the ruling party of the country – Amanat (previously named Nur Otan).

The president’s current right to cancel or suspend the actions of regional and city akims (mayors) should also be abolished, said President, because it “contributes to the excessive practice of “manual administration” and reduces the independence of local executive bodies.”

He set forward the task of reforming the Parliament electoral system. The Mazhilis electoral system will transform to a mixed proportional-majoritarian model, where 70 percent of deputies will be elected by a proportional model, and 30 percent by a majoritarian rule. This will enable the participation of candidates that are not members of political parties.

Among the other priorities the head of state mentioned the introduction of regulations on mandatory withdrawal from party lists of the chairmen and members of the Central Election Commission of the Counting Committee and the Constitutional Council, as well as prohibitions for akims (city mayors) and their deputies on holding positions in party branches. “Such decisions will allow the formation of a multi-polar party system,” said the President.

One of the major changes proposed by the President concerns the presidential quota in the Senate, which will be reduced from 15 to 10 members, and five of them will be recommended by the Assembly of the People of Kazakhstan, not elected by it, as it is now. President Tokayev justified the proposal by saying that “The presidential quota in the Senate should not be seen as a means of control, but as a mechanism for taking into account the voices and opinions of social groups poorly represented in Parliament.”

The quota of the Assembly of the People of Kazakhstan in the Mazhilis will be transferred to the Senate and reduced from nine to five deputies. Accordingly, the total number of deputy seats in the Majilis will decrease. “Fewer, but better,” concluded the President.

“Our Senate must become a chamber that really represents the interests of the country’s regions, and this will require a reform of its powers”, said Tokayev as a preface to his proposed changes to the legislative power of the Senate.

According to the Constitution, the Senate has full right to reject Mazhilis approved bills, which means that the Mazhilis have no opportunity to overcome the objections of the upper house. Tokayev suggested introducing a rule that gives the Senate only the right to approve or not approve the laws already adopted by the Mazhilis, giving it more power to pass laws.