On New Kazakhstan and Second Republic

Congratulating the people of Almaty on Nauryz, President Kassym-Jomart Tokayev used a new definition in his statement – “The Second Republic.” In this regard, some experts wonder what this concept means and how it correlates with the previously stated concept of “New Kazakhstan”. 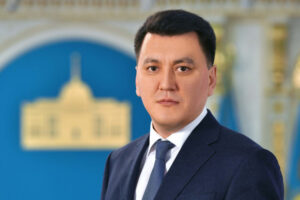 In fact, the two ideologemes have the same essence, differing only in emphasis.

“New Kazakhstan” is an image of the future of our country. First of all, it refers to the need to renew public values and the formation of a new quality of the nation.

Consequently, it does not mean we have already started automatically living in a New Kazakhstan after the January events or after President Tokayev’s state of the nation address. Offering the concept of a New Kazakhstan, he has outlined a new goal for the nation to build for the near future. Building a New Kazakhstan is impossible overnight. It is a deep and long process of social transformation.

At the same time, after the President announced new priorities of political reforms in his address, it became clear to many that it is a question of forming a fundamentally new constitutional balance between the institutions of power. First of all, it concerns his initiative on the final transition from a super-presidential form of government to a presidential republic with a strong parliament.

As part of implementation of the latest presidential address’s goals, introducing changes into more than 30 articles of the Constitution and 20 laws is expected. It is a very broad-scale reform plan. The planned innovations will significantly change the whole configuration of the political system. They focus on expanding the participation of citizens in governing the state and creating a new political culture.

Thus, in general, we can speak not only about the beginning of a change in the model of state administration, but also about a paradigm shift in state and social development. President Tokayev used the definition of the “Second Republic” in order to define this process more clearly. Moreover, it is already a very close and tangible goal, since the implementation of the political reforms put forward by the head of state is planned for this year.

The author is the Secretary of State of Kazakhstan.