By Zhanna Shayakhmetova in Society on 4 March 2022

NUR-SULTAN – The Kazakhstan Institute for Strategic Studies (KazISS) under the President of Kazakhstan released the results of a sociological survey viewing the social well-being of the population and trust in political institutions. 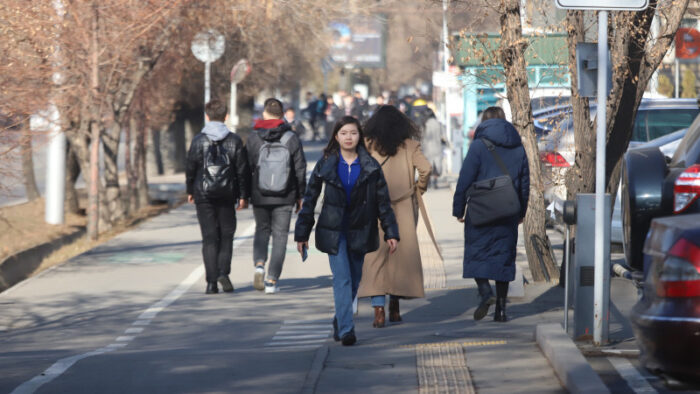 The survey was conducted in February in all regions. Overall, 6,800 respondents over 18 years-of-age living in 14 regions and 3 cities were interviewed. It included 185 districts and villages.

“According to the survey, respondents trust the President (81.4 percent). Quantitative survey does not include the question ‘why.’ Parties were presented as political institutions. The level of trust in the President is at the same level of the survey conducted in November 2021 (79.1 percent),” KazISS Deputy Director Alua Zholdybalina said during the briefing on March 2.

Some 20.8 percent of people responded that the government has been receptive to public opinion in the past two-three months, 40.1 percent of the respondents gave a rather positive assessment of the government and 23.8 percent of people gave a negative assessment. A  negative evaluation of the policies of the “Listening State” prevailed among the residents in the Atyrau region (65.1 percent), North Kazakhstan region (55.7 percent) and Almaty (49 percent). Positive results in terms of the listening concept are observed among residents in the Pavlodar region (86.5 percent), Turkistan region (85.7 percent) and the West Kazakhstan region (70.9 percent).

More than 60 percent of respondents said that they are not satisfied with the food prices and prices for services.

According to the research, a major portion of respondents are not satisfied with the environmental situation.

The survey showed that nearly 30 percent of citizens said that they have loans and debts. People are ready to work two jobs and start a business to increase their income and less than 1 percent of respondents are ready to protest and demand a salary increase from the government.