Kazakh athlete Zangar Nurlanuly won first place in the super tournament of the Tennis Europe series in Paris among players under 14, reported the Kazakh Tennis Federation on Feb. 28. 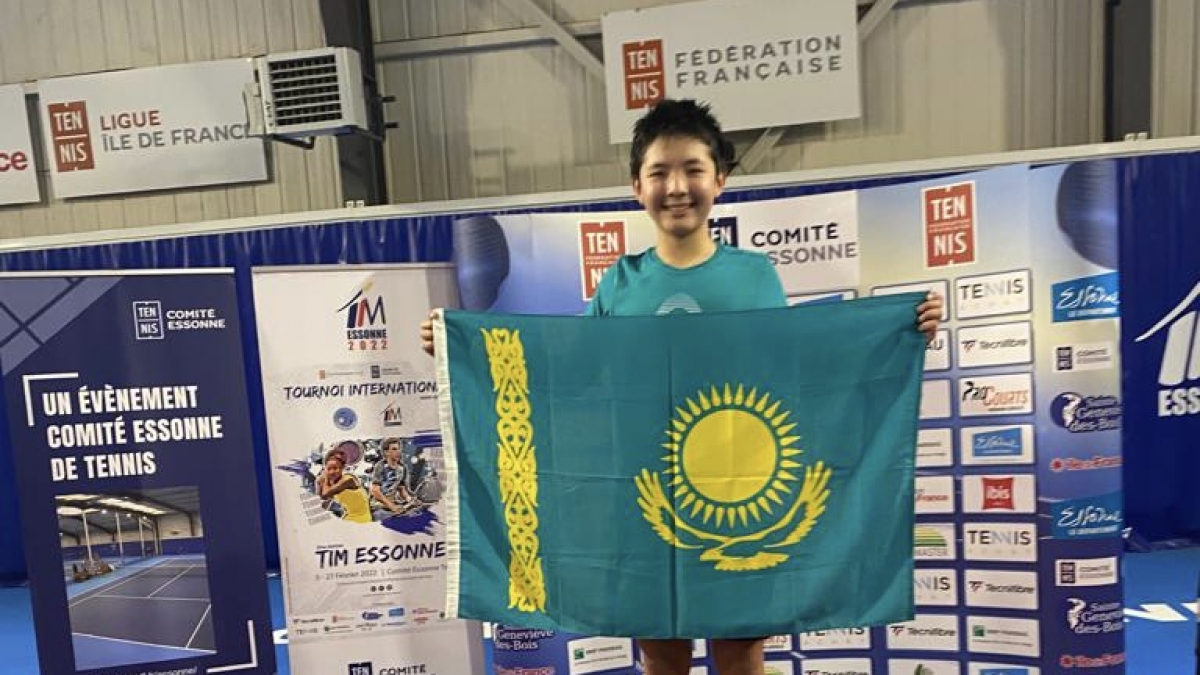 Zangar Nurlanuly at the uper tournament of the Tennis Europe series in Paris. Photo credit: ktf.kz

In the final of the Paris event, Nurlanuly played against local tennis player Timeo Trufelli. Despite losing the first set 5:7, the young player demonstrated his offense skills during the game and dominated the match.

In the second game, the tennis player from Kazakhstan allowed the opponent to take only one game and confidently took the set 6:1, equalizing the score in the decisive match. At the beginning of the third decisive set, Nurlanuly found himself on the backfoot. However, after the transition, Nurlanuly began to play with almost no errors. The confident gameplay of his opponent demoralized Timeo, and he lost to the rising star of Kazakh tennis – 6:1.

For the young athlete, this title was the fourth in his career in Tennis Europe tournaments. On the way to his fourth trophy in the Tennis Europe series tournaments, Zangar Nurlanuly defeated some of the strongest tennis players from Austria, Russia and France.

Meanwhile, the men’s national team of Kazakhstan has begun preparations for the Davis Cup qualifications, where they will play against Norway on March 4-5 in Oslo. The day before, Mikhail Kukushkin, Andrey Golubev, Alexander Nedovesov and Dmitry Popko arrived in the capital of Norway, and today the first men’s racket of Kazakhstan, Alexander Bublik, will join them. “The conditions are quite familiar to me: a hard slow court will be convenient for both teams,” said Kukushkin, whose opinion is quoted by the resource of the Kazakhstan Tennis Federation. 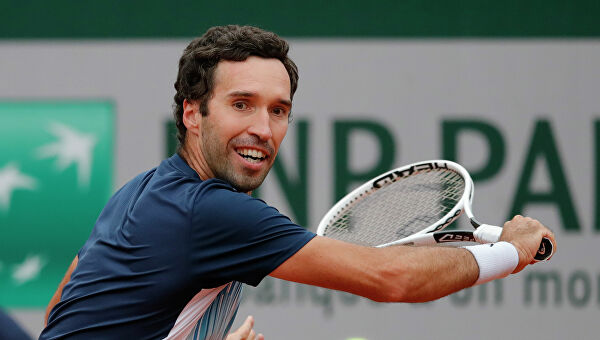 It should be noted that the national teams of Norway and Kazakhstan will meet for the first time at the Davis Cup. The winner of this showdown in September will play in the final stage of the Davis Cup or, as it is also called, the World Team Championship.

On Monday, the Association of Tennis Professionals (ATP) published an updated world ranking, in which the strongest Kazakh tennis player, Bublik, moved down two spots in the singles and became 32nd. Kukushkin improved his position in the rankings by six places – 160th, Popko jumped seven seats – he is now 171st.

The main striking force of the Norwegians, Kasper Ruud, remained in his eighth seat in the world rankings. In the doubles, the ranking of Kazakhstan’s Golubev has risen by seven spots, taking 27th place, Alexander Nedovesov has dropped from 63rd to 65th place, Bublik has risen by three seats – 69th.

In the updated singles ranking of the Women’s Tennis Association (WTA), Kazakhstan’s Elena Rybakina retained her ranking as the 20th racket of the world, Yulia Putintseva lost 6 spots and fell down to the 45th seat. Meanwhile, Zarina Diyas climbed four seats and is now in 109th place. Anna Danilina has also risen in the singles rating by two seats – now up to the 344th seat. In the WTA doubles rankings, she also set a new personal best, rising from 22nd to 20th place. Zhibek Kulambaeva and Putintseva won four seats each: they are now in the 300th and 451st positions, respectively. In the fifth hundred of the doubles rating, Gozal Ainitdinova also moved up – she rose by 5 seats, to occupy the 491st place.