NUR-SULTAN – Kazakhstan’s Commissioner for Human Rights, Elvira Azimova and representatives of the public commissions on human rights revealed examples of cases where the penalty for participation in the January unrest was mitigated during the March 14 plenary session of the Majilis, a lower house of the Kazakh Parliament. 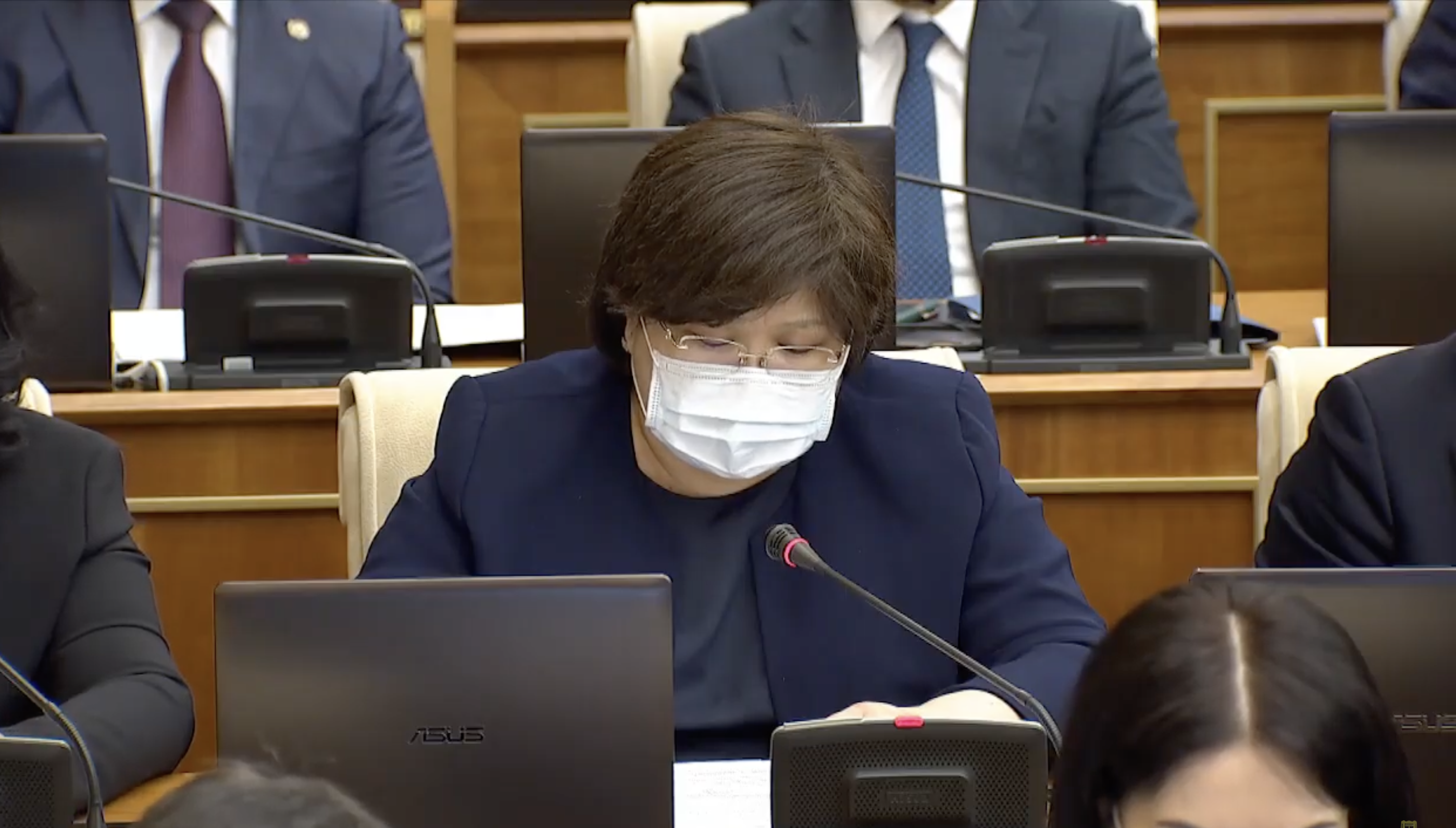 Azimova said that the commission was able to investigate cases regarding human rights abuses of detainees in eight cities with incidents ranging from lack of access to water and food, rejection of medical assistance to torture and the evident abuse of power as part of 33 monitoring activities.

Out of 137 complaints received by Azimova, 86 involved torture or other ill-treatment from law enforcement agencies. In total, 243 criminal cases of torture and abuse of power were catalogued. All cases will be thoroughly investigated, said Azimova. “We are currently discussing with law enforcement agencies the introduction of mechanisms to increase accountability and penalty for those accused of torture,” she said.

As a result of investigations involving prosecutors and the relatives of the accused, 302 people were released from pre-trial detention centers and special premises. Some 29 people were transported to medical centers.

The commission under Azimova also considered cases involving minors. Of the 29 juveniles charged with serious crimes, 28 were released on parental bail.

Aiman Omarova, human rights activist and head of the Aqiqat public commission, suggested amendments to the Criminal Code with the inclusion of a term “forced extremism,” that describes people dragged into terrorist activity by threat or force, against their will.

“On Jan. 5, 2022, in Almaty, militants forced five students to participate in mass riots by means of threats. Three of them followed the instructions out of fear and out of threats. One of them escaped and the other one was killed. These cases are not an isolated incident of the January events,” said Omarova.

Abzal Kuspan, Kazakh lawyer  and head of the Amanat public commission, during his speech described the purpose and the results of their commission’s investigations. “The purpose of the commission is to identify and change the punishment of those who went out to peaceful riots, but became the victims of instigation, who were not involved in crimes, and those who do not pose a threat to society due to health, social status, and other circumstances,” he said.

During the investigation of the public commission, around 300 people were released. “Citizens who took part in the peaceful protest said that they did not understand why they were detained when they had no ill intentions or criminal past,” said Kuspan. These cases were thoroughly investigated and brought to justice in accordance with the law.

He also highlighted the importance of the openness of the prosecution, the level of which differed from region to region. “In some regions the prosecutor’s working without public access has led to rumors in the country, and increased public suspicion,” he said, adding that openness will only have a positive impact on making fair decisions and mitigating public suspicion.