Yerkin Tukumov, Director of the Kazakhstan Institute for Strategic Studies (KazISS) under the President of Kazakhstan, spoke about the main ideas from President Kassym-Jomart Tokayev’s state of the nation address in an interview with Kazakhstanskaya Pravda. 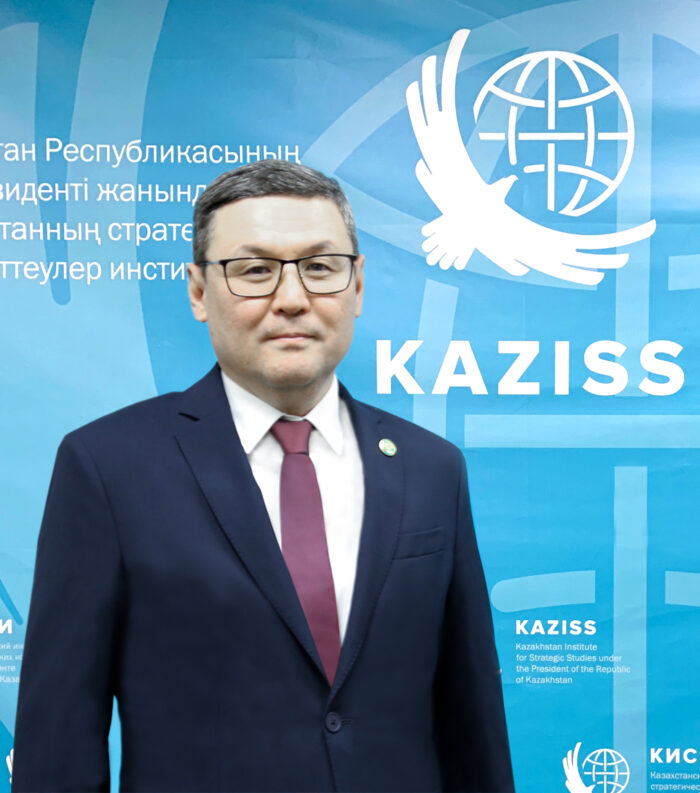 What important ideas have you learnt from the President’s State-of-the-Nation Address?

First, the President outlined the main principle in his address. The political reforms are the basis for economic and social transformations. It has been proven globally. We should remember that the Industrial Revolution, which took place in the mid-18th century and initiated fundamental changes both in England and throughout the world, was made possible by the preceding political and civil transformations. Why were the power looms and a steam boiler discovered in England? Before the emergence of the civil rights movement, an atmosphere of freedom and entrepreneurship, as well as creative classes were created in English society.

We adhere to the best world practices, taking into account the specifics of Kazakhstan. Without political modernization, neither effective economic development, nor the building of a civil society, nor the preservation of our sovereignty and independence are possible. The success of all developed countries is based on inclusive politics as the forerunner of an inclusive economy and society.

Second, timeliness. Reforms are needed not tomorrow, not in a year, but today, now. Otherwise, there is a big risk that we will run into the same problems of disproportion and inequality in socio-economic development and the threat of destabilizing the situation in the country. The address coincided with the celebration of Nauryz, a symbol of renewal and hope. The emergence of a New Kazakhstan began with Nauryz, our favorite holiday.

Third, consistency. The head of state has been consistent in his policies from the very beginning of his presidency. The program of political reforms is a continuation of the concept of the listening state and all four packages of political, economic and social transformations. This course for consistency and succession will continue, and in the future, we should expect the next important steps in the political development of Kazakhstan.

Fourth, inclusivity. The President remained true to his principles – while implementing important transformations, taking into account every vote, every opinion and proposal. Open, constructive discussions should be revived in Kazakhstan, taking into account the ancient traditions of steppe democracy.

The other side of inclusivity is that no reforms are possible without the participation of every person, without the participation of the entire civil society. It is time to realize our responsibility and do the right thing, even a small one. The main thing is not to be afraid to take responsibility and create something new and positive for yourself and the country. Learn new things, open new businesses, make scientific discoveries, vote to elect or be elected. Otherwise, as Leo Tolstoy said, “everyone thinks of changing the world, but no one thinks of changing himself.”

Starting from changes in the work of regional representative bodies and the Parliament, the creation of new regions and the need to honor the merits of past years, such as the proposal to rename the city of Kapshagai to Kunayev. The President raised the issue of debureaucratization in the adoption and implementation of decisions. He also did not forget about the writing brethren, the journalists. And here the most important thing is that fellow journalists assess not only the power of their influence, but also the degree of responsibility for the word in the information age.

Yes, but if we look at the details – what will the country get from lowering the thresholds for party registration? Why do we need, for example, many small but uninfluential parties?

Yes, there are many such questions now, and this is understandable, we are entering a completely new political reality.

The goal of any party is to improve the lives of its voters through power, by getting into the Parliament.

Therefore, let there be as many parties as the society considers necessary, in any case, the political market will regulate this process.

Let us look at the United States as an example. Usually, not a highly politicized citizen can name only two system-forming parties in the country: the Democratic and the Republican. But there are dozens of other parties in this country both at the federal and regional levels. You most likely don’t know such parties as the Independent Party of Delaware or Vermont Progressive Party. And these are active parties, even members of the legislative assemblies of their states. And there are many such examples around the world. In the neighboring Russia, in the 2021 elections, not only the well-known “United Russia,” the Communist Party (KPRF) and the Liberal Democratic Party (LDPR) made it to the State Duma, but also such a party as “New People.”

I think at first, we also will not be able to avoid the appearance of a certain number of small political parties. And that’s great. This will bring together completely different ideas regarding the development of our society. And the more such ideas, the better.

Over time, small parties will develop. The weak ones will simply disappear in the course of their evolution. The strongest ones will become the basis for further expansion and development, gradually turning into key participants of the political arena. Over time, the influence of such parties will grow, their authority will be strengthened, and the program will keep improving. In any case, the presence of a significant number of political parties in the Parliament will expand the choice for voters and thereby increase the level of citizens’ trust in the state, as well as allow for resolving issues taking into account different opinions and positions. Moreover, controversial issues and opinions will be resolved in a peaceful, constructive way.

What other things are important in the address? What about the creation of new regions, the regional representative bodies?

Everything that you have named, and even more, fits into one word – decentralization. In the first case, decentralization can be understood as independence and responsibility.

The system should not be limited to the President, it is necessary to transfer powers not only to the Parliament and other central bodies, but also to the regions. More powers, tools and budgets will be provided locally.

The problems of Kentau, Arkalyk or Shalkar should be resolved in these settlements, and not in the capital. They should be quickly recognised and promptly resolved on the ground.

When local issues related, for example, to the development of social infrastructure – repairing roads, building schools and hospitals – are resolved centrally, from top to bottom, bureaucratisation of the process is inevitable.

Also, the initiative of the Head of State to expand the powers of regional representative bodies, with financial independence from the mayoral offices, will reform the system of relations between the subjects in terms of increasing control, responsibility and communications of state bodies with the population and increase the efficiency of mayoral offices as a whole.

The creation of three new regions is, in fact, connected to this – it is impossible, taking into account our distances and bureaucracy, to effectively and timely solve the most pressing issues on the ground.

For example, giving the regional center status to the city of Zhezkazgan, which has experienced a strong migration outflow in recent years, will help revitalize the local economy and maintain social stability.

In the address, the head of state set the task to work out the issue of Kazakhstan’s ratification of the European Charter of Local Self-Government. As a student at the University of Warsaw in the 1990s I witnessed the reform of local self-government in Poland. It was this reform that provided a fairly serious impetus to the economic development after the socialist past. Again, politics creates conditions for the economy.

The article was originally published in Russian in the Kazakhstanskaya Pravda newspaper.