NUR-SULTAN – In the follow-up to the International Women’s Day an exhibition displaying the illustrations of 28 outstanding women of Europe and Kazakhstan gathered successful women in medicine, science, and sport to a public talk in Nur-Sultan on March 9, where they shared their inspiring success stories. 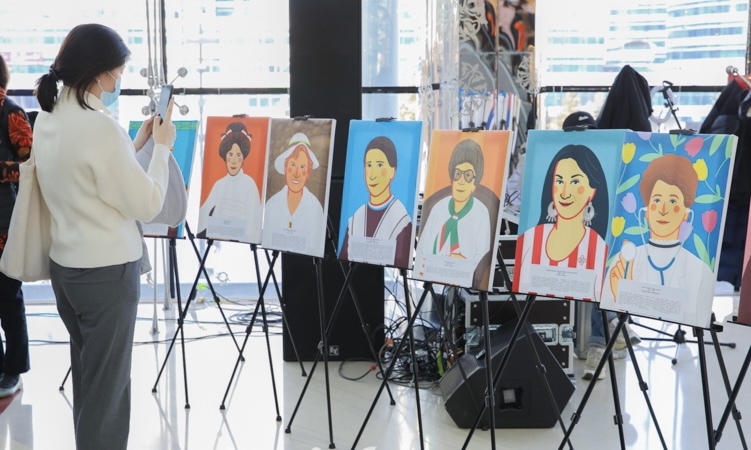 European Union Ambassador to Kazakhstan Kestutis Jankauskas opened the exhibition with the following words: “to discuss gender equality, human rights, to discuss issues that are important to all of us, but especially women, about their rights, dreams and opportunities, we need to meet every day, and not only on the International Women’s Day.”

“The holiday… is an opportunity to talk about how to further develop an inclusive society, how to create conditions, so that women can dream and achieve the same things that, until now, some believed, have been more accessible to men,” he said.

United Nations (UN) Women Representative to Kazakhstan Maria Dotsenko said that Kazakhstan has come a long way in supporting women and dealing with discrimination. According to her, “Kazakhstan was the first country in Central Asia to develop a gender strategy and to establish an organization that dealt with women issues, which is the National Commission for Women Affairs, Family and Demographic Policy.”

The National Commission is working on a project to improve 17 resource centers for women who want to do business in the provinces and distant regions of the country.

She also said that in December of 2021, Kazakhstan approved the first plan to implement the UN Security Council resolution on women and peace and security and recently held their first meeting, which has put forward many proposals to address ongoing gender issues. 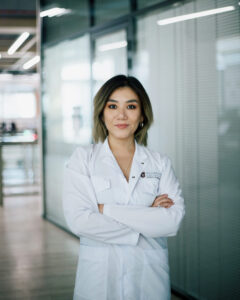 On the other hand, Botagoz Kaukenova, Doctor of Medicine (MD), and Head of a community of physicians and scientists on Medsupport.kz, mentioned that in 2022 the conversation about women’s equality and non-discrimination is still lacking in one of the most difficult areas for women – the field of medicine.

“At every stage of a women’s medical education and career they encounter displays of sexism and discrimination, which does not end with the acquisition of an MD status, but persists throughout their careers,” said Kaukenova.

She shared one of her many personal encounters with workplace gender discrimination: “I went into a patient’s room with my male classmate to examine the patient and the patient immediately assumed that my classmate was a doctor, and I was a student or just a nurse.” Women, especially female surgeons, have to put in twice the effort compared to men to be perceived to be on the same level of competency as men.

Despite the shocking and appalling discrimination she faces every day, Kaukenova emphasizes that this should not prevent brave women from aspiring to realize their career goals, as her experience proves that it is still possible to become a professional female physician or surgeon.

Meruyert Tlebaldy, head of the national Para-Taekwondo team shared that sport helped her realize that disabilities do not prevent people from taking active part in society. “Through sport women and men show how much they can achieve, earn, and fulfill themselves as individuals. I am fully self-realizing myself,” she said.

There’s no denying that women are suffering under the burden of a society-wide stigma, says Tlebaldy. “Stigma about women being head coaches is present, especially taking into account that most coaches are men.”

Tlebaldy had her own sage advice for confronting and standing up to discrimination and hate: “Stereotypes should not be fought. They have to be accepted. I am who I am. You can’t change me. I am not a person who cries out that something is unfair. You have to strive for your goal, no matter what.”

“Women constitute 54 percent of scientists in Kazakhstan, but it is in the technical areas of science that this percentage is much lower,” said Ermukhambetova. In her work as a stem scientist, she has heard of far too many cases of bias being aimed directly at women: that women cannot count, that a woman cannot be a programmer, that women cannot properly tune complicated equipment and so on.

She said that her own motto throughout her career was “Don’t be afraid to be different, don’t be afraid to be yourself”. Ermukhambetova believes that the discrimination and stereotyping can’t be confronted head-on. “You don’t have to fight them, you just have to keep doing your thing,” she explained.