in Kazakhstan Region Profiles: A Deep Dive Into the Heart of Central Asia, Society on 13 March 2022

NUR-SULTAN  –  More than 50 tazys, a unique Kazakh breed of hounds, participated in a five-kilometer nationwide race called Qansonar-2022 that took place in Shashubai village in the Karagandy Region on March 9, reported the Kazinform news agency. 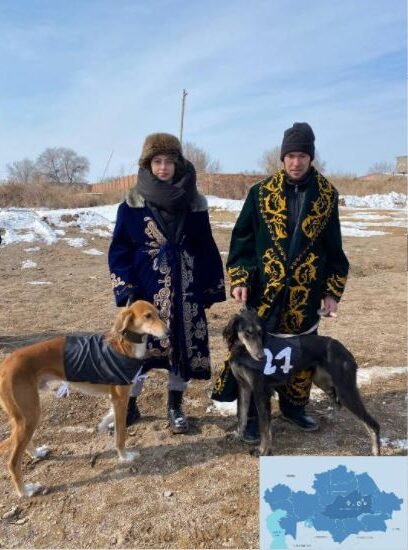 Participants of the competition. Photo credit: dknews.kz. Click to see the map in full size.

According to the competition’s organizer Kurmash Nurpeisov, no one has ever held a race over such distance as there were only two and three kilometer races previously.

“It became a great event for the whole Shashubai. Everyone helped. Our women welcomed and fed guests of the competition, wearing national jackets,” said Nurpeisov in an interview with Kazinform news agency.

Seven tazys finished first at once. The owner of the tazy which finished first, was awarded the Karachay horse, the other six dog breeders received some livestock and the seventh winner received a goat.

Being a true lover of the Kazakh breed and an experienced hunter, Nurpeisov has organized competitions of such scale before. “I am an ordinary citizen of the region, I work as a yard foreman at Aktogai Energo company. I love this breed and hunting. I have seven dogs. My wife and kids share my love for tazys and take care of them, so these dogs are members of our family,” he said.

He noted that these events need to be revived and maintained as tazys are the heritage and pride of the Kazakh people. 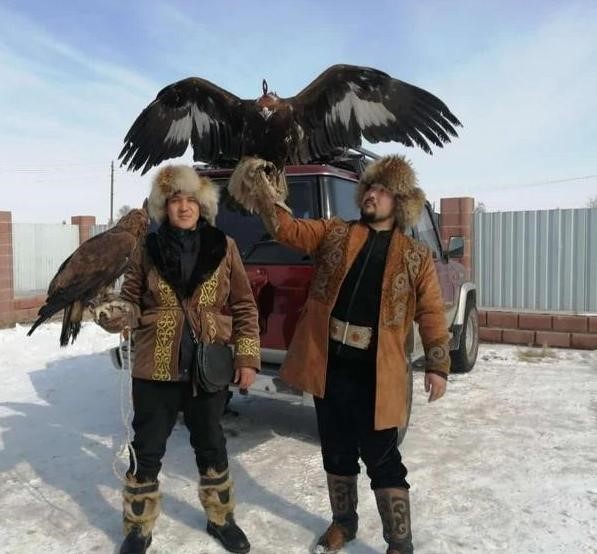 In his turn, 80-year-old participant Satmakan Zholtayev from the southern Taraz city expressed his pleasure about holding an event that gathered the three zhuz (the three largest conglomerations of Kazakh nomadic tribes).

“Even though I am 80 years old, I immediately agreed to come here when my kids offered me to participate in the competition. I have been taking part in such races since 7 years old, in kokpar (a horseback battle for a goat carcass) since 15 years old, and I also did wrestling,” said Zholtayev.

Zholtayev agreed with Nurpeisov, stressing that such competitions should be held as they raise the national spirit.

As part of the competition, a special exhibition of tazys and hunting with eagles was held.

The rest of the participants were awarded appreciation letters, while eagle hunters received cash prizes.

The tazy is considered to be one of the jety kazyna (seven treasures) of the Kazakh people as it has been the most reliable and devoted friend of the nomadic people for centuries. The pureblood tazy breed was worth more than fifty horses or three camels and it had its place in the yurt (a traditional dwelling of nomads), which means that the Kazakh people highly respected dogs of this breed.

Due to their endurance, high speed, acute sense of smell, and eyesight, tazys are used primarily for hunting.