NUR-SULTAN – Kazakhstan and the European Bank for Reconstruction and Development (EBRD) will continue its cooperation as part of the new EBRD Country Strategy for Kazakhstan for 2022-2026. This was announced during the meeting of Prime Minister Alikhan Smailov and EBRD Vice President Alain Pilloux on March 15, reported the Prime Minister’s Office. 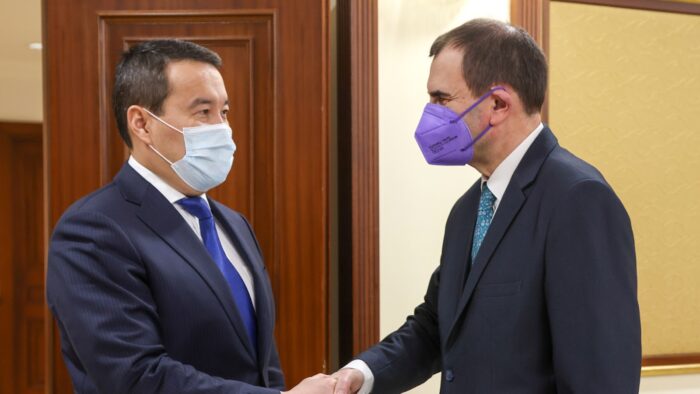 The strategy is designed to help Kazakhstan to increase the competitiveness of entrepreneurship, support its green policies and carbon neutrality targets, promote economic integration and gender equality through the participation of the private sector.

“We appreciate the strategic interaction with the EBRD. This year, Kazakhstan and the EBRD celebrate the 30th anniversary of cooperation. We have implemented about 300 projects worth more than $10 billion in various sectors of the economy over the three decades of our partnership,” said Smailov. 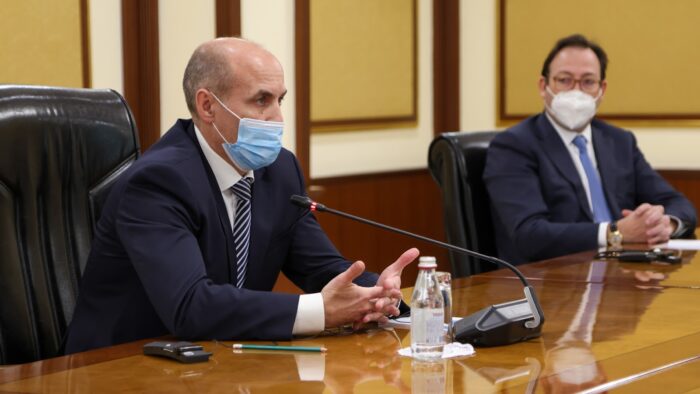 “We observe a steady trend of decarbonization of the global economies. The number of countries that have declared carbon neutrality targets and pledged to quit coal is growing every year. Kazakhstan is also following this global trend,” said Smailov.

The Kazakh government and the EBRD will continue to implement joint projects in investment and environmental sectors, and develop infrastructure projects. The bank also supports SMEs through the financial and corporate sectors.

The EBRD is a leading institutional investor in Kazakhstan. The bank has invested more than $10.2 billion in Kazakhstan’s economy through 293 projects.

On March 16, Smailov also met with Executive Vice President of Shell Peter Costello to discuss the joint projects in the energy industry.

“Our cooperation will continue to contribute to the development of mutually beneficial relations and address global challenges,” said Smailov.

It is reported that the government and the Kazakhstan Association of the Council of Foreign Investors plans to introduce an improved model contract. The contract and a package of fiscal and regulatory preferences will cover new offshore projects, complex onshore projects and gas projects.

Costello noted that Kazakhstan is a strategic partner for Shell and that the company will continue its work in the country.

Shell is one of the largest foreign investors in Kazakhstan. The company has invested several billion dollars in direct investments into the economy of Kazakhstan, according to the official website of Shell.