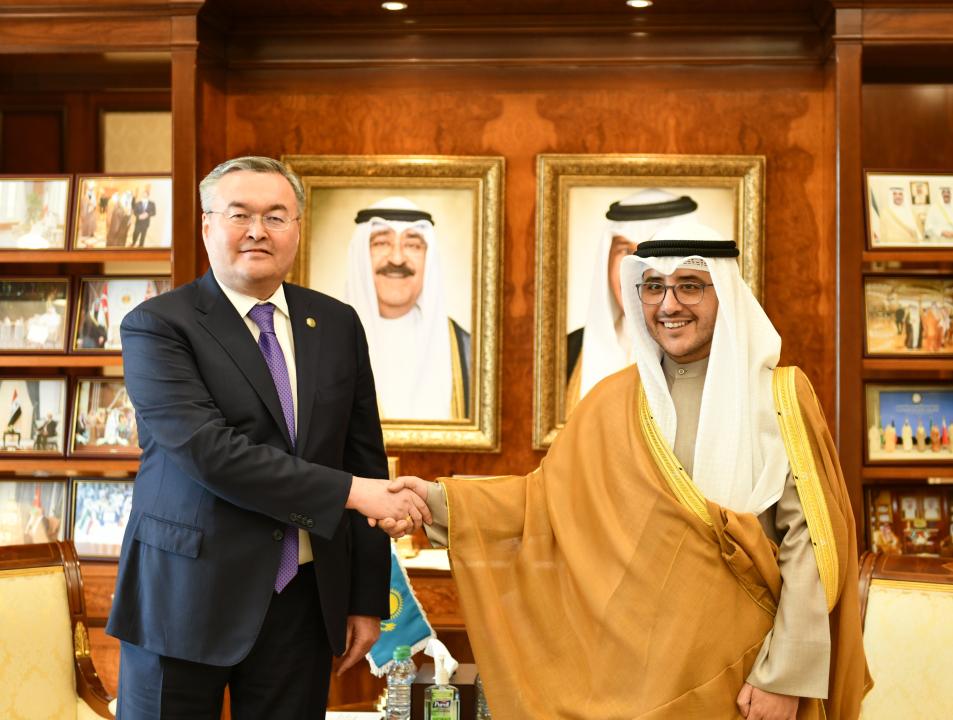 During the visit, he held talks with Foreign Minister of Kuwait Sheikh Ahmad Nasser Al-Sabah, where the sides discussed the current state and further prospects of bilateral cooperation, emphasizing the positive dynamics of the relationship, while also noting the importance of deepening trade, economic, and investment partnership.

Next year, the two countries will mark 30 years since the establishment of diplomatic relations in January 1993.

The sides also stressed the important role of the Kazakhstan-Kuwait Intergovernmental Commission aimed at ensuring further development of the partnership. Starting this year, the foreign ministers will be co-chairing this commission.

While in Kuwait, Tileuberdi met with the Prime Minister of Kuwait Sheikh Sabah Al-Sabah and passed the invitation of Kazakh President Kassym-Jomart Tokayev to the Emir of Kuwait Sheikh Nawaf Al-Ahmad Al-Jaber Al-Sabah to take part in the VI Summit of the Conference on Interaction and Confidence-Building Measures in Asia (CICA) scheduled for October in Nur-Sultan.

Tileuberdi also spoke about his country’s opportunities and its Astana International Financial Center during his negotiations with Minister of Finance Abdul Wahab Al-Rasheed.

Kuwaiti investments also helped bring some of the world’s major brands to Kazakhstan. To date, large Kuwaiti companies such as Americana and Alshaya have successfully operated in Kazakhstan. In 2015, Alshaya investment holding opened Starbucks coffee shops in Nur-Sultan and Almaty with the company’s investments exceeding $15 million.

The company is interested in expanding its presence in Kazakhstan, Executive Chair of Alshaya Group Mohammed Alshaya told Tileuberdi during their meeting. The company is considering plans to expand the network of Starbucks coffee shops, Mothercare children’s clothing stores, and attract new international brands such as Victoria’s Secret, American Eagle, and Claire’s to Kazakhstan.

Among the latest developments that the sides hope will foster their cooperation including people-to-people contacts and tourism, is the launch of direct flights in December by Kuwaiti Jazeera Airways.