NUR-SULTAN – The long-awaited concert of Dimash Kudaibergen at the Coca-Cola Arena in Dubai enthralled party-goers and fans around the world on March 25, reported Dimashnews.com. 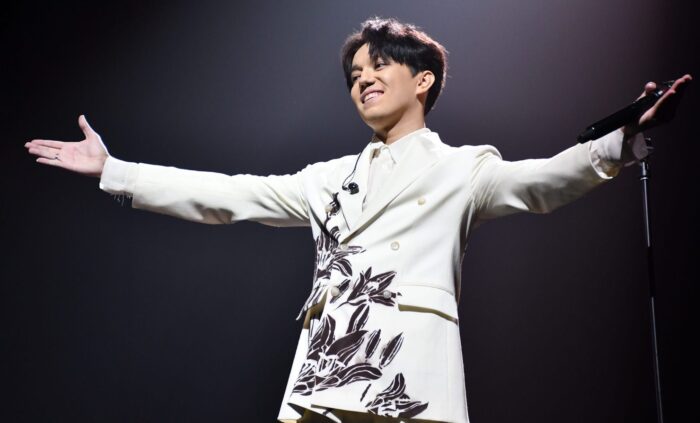 After two years of forced hiatus, Kudaibergen has finally returned to the stage with a new solo concert. The artist pleased his listeners with a program, which consisted of both of his fan-favorite compositions from past shows and featured some new songs that were written during the pandemic.

“Good evening, dear friends,” he said. “I am really very happy to perform in front of you on this stage. More than two years we could not meet. Thank you for your love and support!”

Fans shouted back, “We love you” from the hall in different languages and Kudaibergen called back “l love you more,” proving that the connection between him and his “Dears” has not been lost over the years. 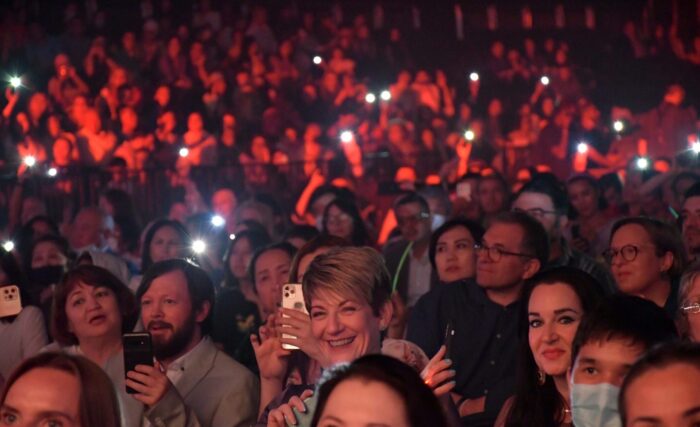 The fans then listened to “If I never breathe again” without a single sigh, as well as the majestic “Olimpico,” after which the applause refused to die down.

The concert was continued by the song “Lay Down,” a song of struggle with oneself, with one’s inner world, which, like a tiger locked in a cage, strives to be free, but external forces are trying to interfere, taming the strong beast. This picture was created on stage with the help of Kudaibergen’s voice, 3D graphics and a stunning dance performance.

The black and blue cloak emphasized the main theme of ​​the concert which was about the wanderings of a man who is looking for his destiny in this world. Each next song sounded like a continuation of the previous one. The composition “Ave Maria” seemed to stop time and space for several minutes. Returning to the present, the fans saw highlights from the last two years appear on the screen. The song “S.O.S.,” a landmark for Kudaibergen and his fans, sounded different this time. The artist sang “why I live, why I die” for everyone who was affected by the tragedy of the pandemic. As a symbol of the fact that life goes on, young stylish couples, beautiful girls and the dancing soloist in the center of it all raised the audience to another emotional high, with a wave of positive feeling and spring energy during the rousing rendition of “Give me your love.”

The final song “Screaming” played Kudaibergen off the stage, and against its chorus Kudaibergen thanked his family, team and fans, played the drums, and even went out into the hall to be closer to the audience, where he also said goodbye to his fans.

Kudaibergen is also expected to give concerts in Dusseldorf and Prague.