Can Kazakhstan Achieve Carbon Neutrality by 2060?

The strategy for achieving carbon neutrality until 2060 should become a priority for the socio-economic development of the new Kazakhstan and offer directions for a new technological course to our society. 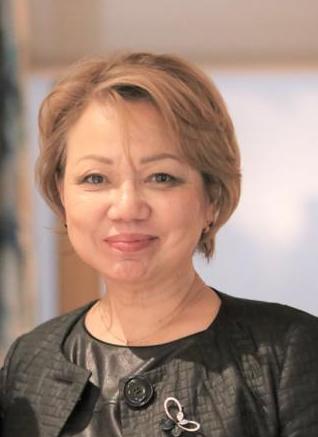 The global energy transition based on the principles of decarbonization, technological modernization and integration of ESG principles into corporate governance processes became a core for updating the long-term economic development strategies of countries.

In this regard, the task outlined by President Kassym-Jomart Tokayev at the Mazhilis meeting of the Parliament on Jan. 11, 2022 on increasing the attractiveness of Kazakhstan in the context of strengthening ESG requirements, the global energy and technological transition indicates recognition of the processes importance in ensuring the strategic competitiveness of the country in the near future.

As it is known at the 26th Conference of the Parties to the UNFCCC (COP-26) a set of documents (Glasgow Pact) was adopted among which the most important ones are the Rules of the Paris Agreement (including Article 6 on Market Mechanisms for Carbon Regulation), agreements on coal, methane, breakthrough technologies, forests, ecosystems and other important areas of the global energy transition.

One of the key documents adopted in Glasgow was the Plan for Introduction of Clean Technologies, which brought together 42 countries that produce 70 percent of global GDP. The document aims to prevent temperature rise above 1.5° (instead of 2°, as was the case in the Kyoto Agreement) by bringing together the business associations of various sectors, PPP to achieve progress.The main discussions in the post-Glasgow period are in the ​​national ambitions and approaches to carbon regulation, pricing and the possibility of emissions reduction. As per today most OECD countries, China and Russia have already developed their national low-carbon development strategies with the economic and climate specifics. So, for example, if Germany considers RES and electric transport as a priority in achieving carbon neutrality, then Russia proposes the development of hydrogen and nuclear energy, as well as consumption of the forest areas.

The experience of the OECD countries in developing low-carbon development strategies indicates that the implementation of the trajectory to keep temperature growth within 1.5 °C can be achieved by 2050 only with a consistent reduction in using traditional fuels (coal, gas) and active development of carbon-free energy (RES, biofuels, hydro, electric transport). The issues of nuclear energy and natural gas development discussions and their inclusion into the “green” taxonomy (the list of “green” activities) will be continued in the EU until June 2022.

An important strategic document contributing to the transformation of the EU into a modern, low-carbon economy is the Green Deal (“Green Deal-2019”) that provides investments of 1.8 trillion euros to reduce emissions by at least 55 percent by 2030.

The Green Deal Implementation Plan includes actions in various sectors (climate, energy, agriculture, industry, environment and oceans, transport, finance and regional development, research and innovation). In general, since 2019 the EU has adopted more than two dozen plans and strategies in the field of decarbonization of the economy.

At the COP-26 session Kazakhstan confirmed the achievement of carbon neutrality until 2060 by joining the Agreement on Forest Ecosystems (as it is known, it is planned to plant 2 billion trees), developing renewable energy sources up to 50 percent by 2050 and gradually reducing coal consumption to 40 percent by 2030. At the same time, the growth in the extraction of fossil energy resources (coal, oil and gas), accompanied by an increase in greenhouse gas and pollutant emissions, the outdated infrastructure of electrical networks (over 50 percent), the underdevelopment of carbon trading creates great risks for the country’s fulfillment of its climate obligations. It requires adoption of immediate systemic measures to modernize and diversify the economic strategy of the republic.

The strategy for achieving low-carbon neutrality of the Republic of Kazakhstan until 2060 is currently being finalized under supervision of the Ministry of National Economy. It will provide for priorities and mechanisms with account of the new agreements on decarbonization adopted in Glasgow and achieving carbon neutrality, and at the same time it will reflect the real situation that has developed at the basic sectors of the national economy.

As international experience shows, the basic element of the transition to carbon neutrality is the introduction of an effective system of carbon regulation that stimulates decarbonization. An analysis of the current situation showed that the regulatory system in Kazakhstan does not allow to achieve the country’s commitments in reduction of greenhouse gas emissions and it needs to be completely improved.

In particular, when developing the National Plan for Carbon Quotas (NP) for 2023-2025, the method of coefficients (benchmarks) is used in calculating the threshold (target) indicators for quota installations, which does not take into account the international experience and the characteristics of the industries included in the NP. In addition, emissions allowances are allocated free of charge, with a surplus that discourages polluters from adopting green technologies and reducing carbon emissions.

To improve the carbon regulation system, the experts of the Project Office for Transition to Carbon Neutrality established under the Ministry of National Economy of Kazakhstan propose the following measures: setting target average annual emissions in the NDP for 2023-2025, taking into account the international best practices as well as indicators of their absorption and capture; studying the possibility of including methane in the NDP for 2025–2027 while excluding payments for its emissions from the Tax Code of Kazakhstan; gradual transition to paid emission quotas from January 1, 2024 with the sale of excess quotas at auctions and achieving an annual decrease in the number of free quotas.

It was also proposed to increase fines for exceeding the established and additionally received quotas for greenhouse gas emissions; as per the example of the EU it is necessary to introduce a carbon tax and linear emission reduction indicators for non-quota installations and industries with indirect greenhouse gas emissions (buildings, transport, construction, housing and communal services, agriculture and others). It is important to accumulate funds from the payment of carbon tax in the carbon (carbon) fund to finance measures in reducing emissions and increasing the absorption of greenhouse gas.

These measures should be reflected in the draft Strategy for Achieving Low Carbon Neutrality of Kazakhstan until 2060 as well as in the country’s current regulatory framework related to the carbon regulation of emissions. An important component of the document should also be issues of improving standardization in the field of carbon management.

According to the London Declaration COP-26, “in order to achieve the climate agenda by 2050, countries need to commit to ISO, which should contribute to the active climate research and development and revision of the existing international standards as well as the involvement of civil society in this work”. The Declaration also calls for the development and publication by governments of an Action Plan and a statistical measurement system, which should reflect information on specific actions and initiatives, as well as a reporting mechanism to track progress in this area.

The main directions for adjustment and implementation of the international standards in the low-carbon development of Kazakhstan are the reduction of greenhouse gas and energy consumption of buildings, the transport sector and use of renewable energy sources. In this regard, RSE Kazstandard is working to ensure the obligatory implementation of standards in the carbon regulation (a series of ISO 14064 standards); determination of commensurable international requirements for the competence of personnel of validation and verification bodies; expanding the scope of the country’s greenhouse gas accreditation (APAC, ILAC and IAF).

As known, more than 200 standards related to energy efficiency and renewable energy sources have been developed in the ISO international system of standards. Kazakhstan has adopted 14 ISO standards in the field of renewable energy. At present, a lot of work remains to be done not only to adjust and implement these standards, but also to develop new ones to reduce carbon intensity and energy intensity of products and increase the energy efficiency of production processes in general. This is very relevant with the introduction of the border carbon tax in the EU and other countries from 2025.

An important component of the future strategy should be an updated monitoring, reporting and verification system in full compliance with decisions on the implementation of Article 13 of the Paris Accord that provides for strengthening and support of capacity to transparency. In this regard, projects to digitize emission monitoring and energy efficiency are certainly important, especially in the basic sectors of the economy including those that use the blockchain technologies.

Such projects have already been implemented in a number of UN agencies, including the UNFCCC. In our country there are also developments in the field of digitalization of emission monitoring and energy efficiency in the basic industries carried out by scientists from the Kunayev Mining Institute, Satbayev University, Daukeyev Almaty University of Power Engineering and Telecommunications, Gumilyov Eurasian National University in preparation of the monograph “Decarbonization of Extractive Industries of Economy of Kazakhstan” that is successfully presented at COP-26.

Finally, the system itself for the state planning in Kazakhstan should be modernized with integration of the principles of green growth and introduction of ESG. If the first direction can be implemented using the SEA strategic environmental assessment mechanism, which provides for screening of the state programs to reduce environmental damage, then the second direction of ESG (Environmental, Social and Corporate Governance) provides for a comprehensive approach to achieving the sustainability of companies by synchronizing methods in solving the environmental, social and managerial tasks.

According to research of the Higher School of Economics of the Russian Federation in 60 cases out of 200 there is a positive relationship between ESG and company capitalization. This allows, in general, to reduce the risks associated with the environmental issues, carbon regulation; ensure the loyalty of customers, partners, investors. In addition, the business reputation of the company improves; the costs of attracting borrowed funds and loans are reduced. It is possible to stimulate the innovative and low-carbon development and improve production efficiency.

In general, this allows to reduce risks on the environmental issues, carbon regulation; ensure loyalty of customers, partners, investors. In addition, the business reputation of the company improves; the costs of attracting borrowed funds and loans are reduced. It is possible to stimulate innovative and low-carbon development and improve production efficiency.

Studies show that 93 percent of investors in the world conduct (informally or systematically) an assessment of ESG indicators investing up to $20 trillion a year for those purposes.

Summing it up it should be noted that our country is still aloof from the global energy trends, despite the commitments made to achieve carbon neutrality. In this regard, the process of developing the Strategy for Achieving Carbon Neutrality in the Republic of Kazakhstan should be synchronized with the development of the low-carbon strategies at the regional and city levels. It is necessary to provide for a set of comprehensive measures aimed at improving the national statistics based on green indicators of the OECD experience modernizing the system of planning, standardization with account of the principles of SEA and ESG.

It is also necessary to develop a state program to improve energy efficiency in all the sectors of the national economy and targeted scientific programs for decarbonization of the basic industries, educational programs for the country’s universities, capacity building programs for decision makers, climate diplomacy, business and NGOs. The large-scale implementation of IT and blockchain technologies for monitoring greenhouse and pollutant gas emissions is also important.

In conclusion, it should be noted that the Strategy for achieving the low-carbon neutrality until 2060 should become a new strategic document for the socio-economic development of a renewed Kazakhstan, aimed, among other things, at creating the fundamentally new industries such as hydrogen and geothermal energy, building a careful attitude towards nature and climate in the interests of all Kazakh people.

The author is Dr. Bakhyt Yessekina, the member of the Green Council under President of Kazakhstan, Director of the Green Academy Scientific- Education Center.