NUR-SULTAN – The special interdepartmental investigation and operational group continues to investigate more than 3,000 criminal cases in connection to the January mass riots in Kazakhstan, reported Rizabek Ozharov, the Head of the Special Prosecutor Service of the General Prosecutor’s Office. 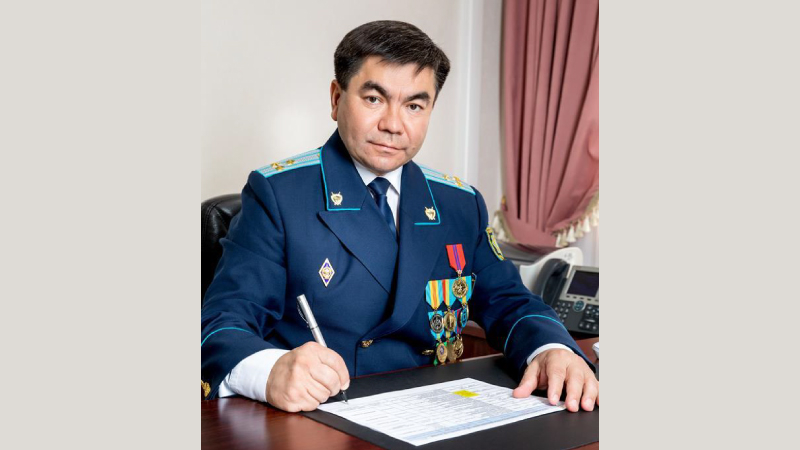 Rizabek Ozharov, the Head of the Special Prosecutor Service of the General Prosecutor’s Office.

The operational group has also been investigating grave and especially grave crimes. The Ministry of Internal Affairs, the General Prosecutor’s Office, the National Security Committee, anti-corruption and financial monitoring agencies have been involved in the investigation.

“At the first stage, the main thing is to understand what happened. A sequence of events was created at first. It was necessary to see when the events took place and where. The riots took place not only in Almaty, but in eight regions at the same time with severe damages. We now have general ideas about the January tragedy. New details appear to understand the motives of the crimes committed. We will present to the public all the information available when we bring all the cases to the end, restore the missing details, and find out what role each participant played in these events,” he said.

Some 3,000 employees of law enforcement agencies are among the victims during the unrest.

The Ministry of Internal Affairs is investigating cases related to thefts and looting.

“We know the scenario of many crimes. Some people committed riots, others were not involved in these riots, but they participated in thefts. These facts are obvious, and the police were able to investigate these cases and some criminal cases have come to court,” said Ozharov.

Ozharov noted that it is important to conduct a thorough investigation to understand the causes of crime. “Kazakhstan has never experienced anything else. The specialists have to evaluate the actions of each participant in these events. If a person took part in a peaceful protest, got stuck in the epicenter of riots, but did not commit illegal acts, a decision on non-involvement should be made.”

Some investigative actions take time and thorough inspection. As an example, Ozharov spoke about the investigation of the burned-out building of the Almaty city administration. A large group of specialists in the field of forensic science, fire engineering, commodity science, and seismology were involved. They had to answer the questions related to the causes of the fire, the amount of damage caused and other issues.

According to the Prosecutor’s Office, 611 persons have been recognized as suspects. Most of them were involved in mass riots. Some 24 people are terrorist suspects. “This is not final data. The new participants in the events are identified daily as well as new criminal cases are registered,” he added.