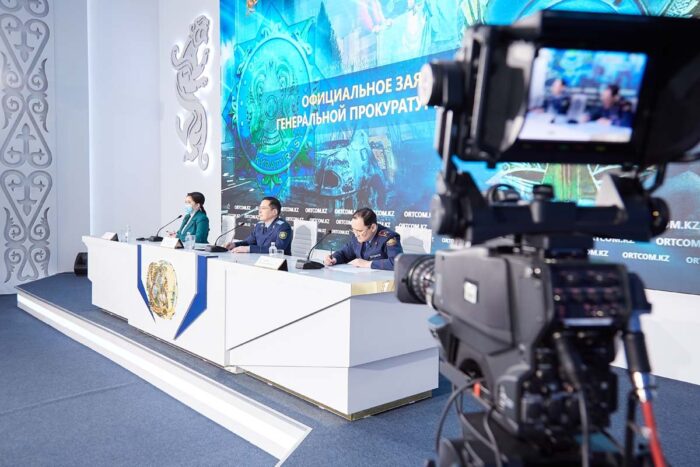 “Considering the person, his or her role in the crime, the assistance rendered to the investigation, the detention of 128 suspects have been released from custody with a written undertaking not to leave, on bail and personal guarantee. The work on the selected preventive measures is ongoing,” said Kilimzhanov.

Overall, 469 persons are being held in custody.

The Ombudsperson for Human Rights and her representatives also visited the pre-trial detention centers as well as groups of members of Parliament, of the National Council of Public Trust, the Public Association “We Are against Torture” and the Kazakhstan International Bureau for Human Rights and Rule of Law.

It is reported that criminals deliberately attacked the buildings of government agencies and committed riots in the regions, blocked roads, and railways. They tried to prevent the arrival of additional law enforcement forces.

The internal affairs bodies informed the public that they have been investigating 2,729 criminal cases and 255 persons are in custody under those cases. These are 1,844 theft cases, 343 illegal arms trafficking, 144 cases of intentional damage or destruction of property. More than 1,500 individuals and legal entities are recognized as victims.

Sanjar Adilov, the Head of the Investigative Department of the Ministry of Internal Affairs, said that the authorities continue to search for the property that was stolen during the riots. The police have found and seized stolen property worth $280,000. Some 1,006 units of firearms and 20,307 units of ammunition have been seized by the law enforcement bodies.