NUR-SULTAN – President Kassym-Jomart Tokayev will deliver his address to the nation in mid-March, his spokesperson Berik Uali announced on Friday. 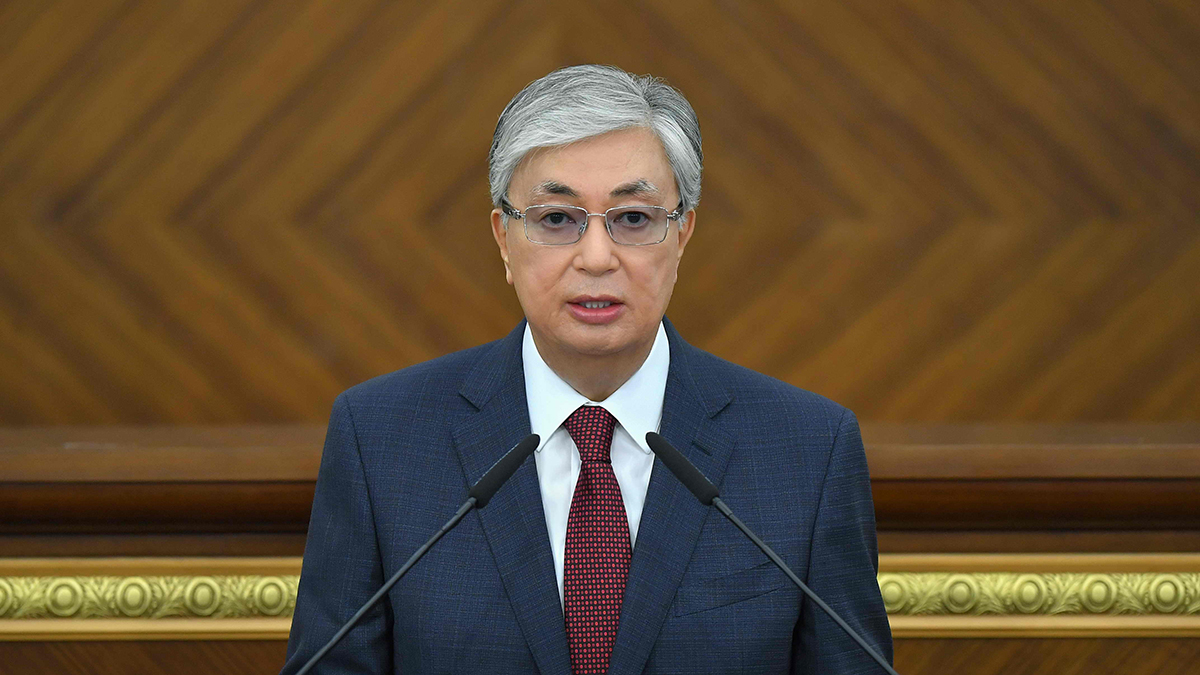 Unlike previous years, this year President Tokayev will deliver his address six months ahead of his usual time. Photo credit: primeminister.kz

The address, which usually takes place in September, is expected to announce political reforms for the near future. Tokayev is also expected to release the preliminary results of the investigation into the January events in this address.

“Initially, I had planned to announce new political reforms in autumn. Now it has been decided that I will propose political reforms in my address to the nation in mid-March,” Tokayev explained in an interview with Qazaqstan TV channel on Thursday, the second interview he had given to a national channel since January.

Tokayev also said he knows that the citizens are now looking forward to the reforms. “After any difficulties, great opportunities open up,” he added.

The 42-minutes interview in Kazakh raised a wide range of questions that are of great concern for the nation that celebrated 30 years of its independence last December.

According to Tokayev, the most important issue for Kazakh society is the rule of law.

“Unfortunately, there are many citizens who do not want to obey the law. Legal nihilism is increasing.  Our ancestors have long understood the truth that there will be no country without order. My position is that harmony and peace are possible only when there is law and order in society,” he said.

Social inequality, which, according to Tokayev, is growing in Kazakhstan, is at the root of the mass protests. A large proportion of the population has low standards of living.

“We must recognize this fact,” he said. “At the same time, the lion’s share of the state’s wealth is concentrated in the hands of a small group of people.”

Answering the journalist’s question about the mass offshore accounts of Kazakhstan abroad, Tokayev said the government will submit proposals on how to tackle this issue and bring the money back in two months. “Then the work will begin. A large-scale examination will be carried out, after which we will begin negotiations with the relevant foreign institutions,” he added.

Since the beginning of this year alone, the number of suspended suspicious transactions abroad increased three-fold reaching 150 billion tenge (US$349.6 million).

Tokayev also spoke about the ongoing reshuffles within the government following the appointment of Prime Minister Alikhan Smailov in January. For Tokayev, this is a natural and ongoing process, because “no position is given forever.”

The state service has to have high requirements and if not met, people have to leave.

“It is clear that time is needed, experience is needed. Educated, qualified, and honest citizens should be appointed to such positions,” said Tokayev.

Reforms are unavoidable, and Kazakhstan has learned the lesson from the tragic January events. What remains ahead is a concerted effort to push towards a New Kazakhstan, the so-called policy encompassing upcoming progressive political reforms.

“Our people have endured a lot, gone through serious trials, and overcame all the difficulties. During the tragic events, the nation showed its unity. We must pass this value on to the next generations. Kazakhstan’s future will undoubtedly be bright. I sincerely believe so,” said Tokayev.