NUR-SULTAN – President Kassym-Jomart Tokayev discussed the future of Eurasian integration among other acute issues during his meeting with the heads of the governments of the Eurasian Economic Union member states on Feb. 25, reports the Akorda press service.

Armenian Prime Minister Nikol Pashinyan, Belarus Prime Minister Roman Golovchenko, Kazakh Prime Minister Alikhan Smailov, Chairman of the Cabinet of Ministers – Head of the Presidential Administration of Kyrgyzstan Akylbek Japarov, Russian Prime Minister Mikhail Mishustin gathered in Nur-Sultan for the Eurasian Economic Union Intergovernmental Council meeting. The delegation focused on 15 issues in trade and economic cooperation and the expansion of mutual trade between the member states, the removal of barriers within the EAEU market, as well as the further development of integration.

Addressing the heads of governments, President Tokayev noted that the meeting takes place amidst the “unprecedented exacerbation of geopolitical tensions.” 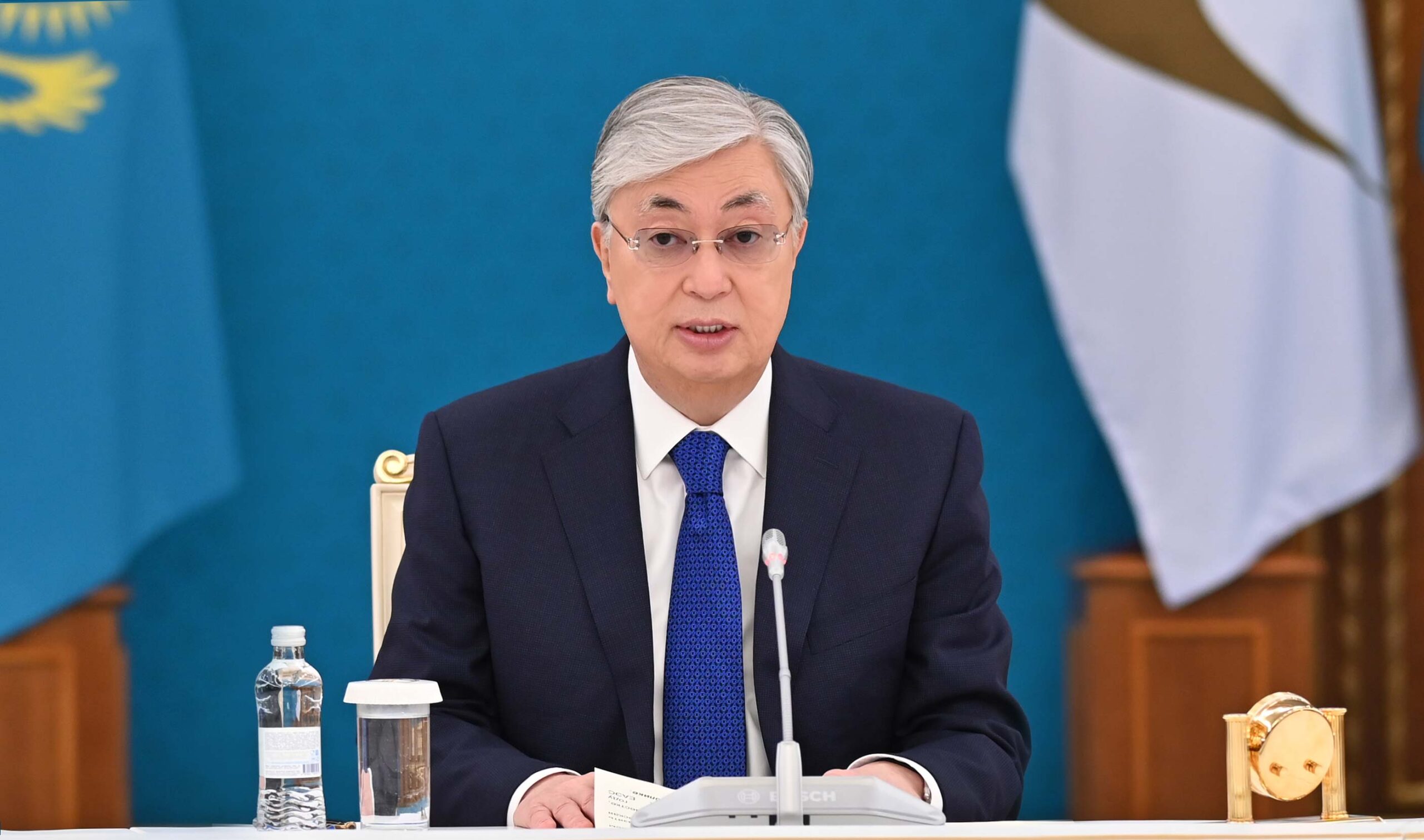 “Our economic union is understandably concerned about the growing political confrontation due to the sanctions conflict and the negative consequences for the economy and financial systems of our countries. We in Kazakhstan are taking anti-crisis measures, and this is only the beginning; there is very serious and difficult work ahead,” Tokayev told the meeting, stressing the need to create a working group to assess the risks stemming from the current situation.

According to him, despite the complicated foreign macro-environment, the union’s economic indicators show positive dynamics. By the end of 2021, the union’s foreign trade increased by more than 34 percent, and the trade between the union members grew by 67 percent.

“This is a good indicator of strengthening trade and economic ties within the Eurasian Economic Union. Aggregate GDP growth was 4.4% percent,” said Tokayev, noting the union is moving in the “right direction.”

During the meeting, the heads of governments shared their views on the current state and prospects regarding Eurasian integration. Tokayev said a lot of work is still ahead, including learning how to “find rational approaches to solving very difficult problems.”

Speaking at an expanded meeting of the Eurasian intergovernmental council, Kazakh Prime Minister Smailov also noted that the trade within the union exceeds the trade with foreign countries. But the share of mutual trade is less than 15 percent of the total trade in goods.

Smailov stressed the importance of creating a barrier-free environment in the domestic market, where the work has been stagnated for years. These include issues of access to public procurement, regional certification, unwarranted application of sanitary, veterinary, and other types of restrictions, and customs control applied evenly within states.

“If we are interested in creating a transparent market in the EAEU, we need to decide on basic shifts. We propose the commission develop a methodology for economic assessment of the barriers. Besides confirming the existence of a barrier, it is necessary to assess the damage to business and integration as a whole,” said Smailov.

He also said that equal access to transport infrastructure, including seaports, is an effective measure to promote exports of EAEU member states to third countries but that it requires addressing the freedom of transit of goods in a better way.

“The proposed transit conditions often become an insurmountable obstacle to exports, which has an extremely negative impact on the sectors of the economy of states that do not have direct access to the sea,” said the Kazakh PM.

He told his counterparts about the country’s efforts to tackle shadow imports on its border with China.

“The measures taken in just two months have led to an increase in the payment of customs duties and clearance of goods. At the same time, we began to observe a significant increase in imports from China to neighboring countries, which subsequently entered the common market without proper customs clearance and payment of tax payments,”  said Smailov.

At the Jan. 11 plenary session in the Kazakh Parliament, Tokayev told the government to deal with customs in trade on the border with China, which he described as a “real mess”, emphasizing the discrepancies in statistics when compared to Chinese customs authorities that cause losses of billions of dollars.