NUR-SULTAN – President Kassym-Jomart Tokayev chaired the meeting of the nation’s Security Council on Feb. 12, stressing the need to ensure the protection of constitutional rights of citizens as a priority task for his government, reports the Akorda press service. 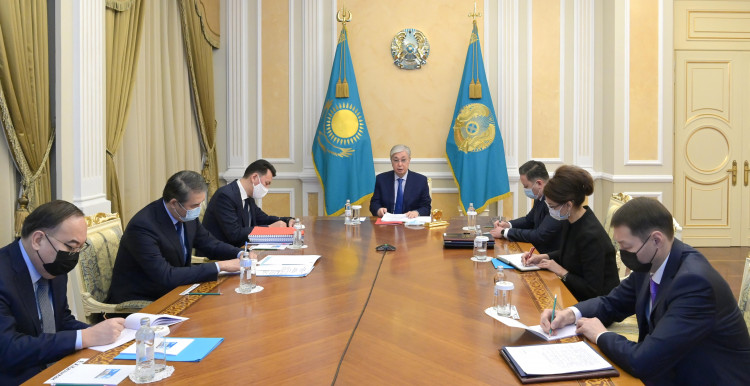 Tokayev took over as the head of the country’s Security Council on Jan. 5, the position previously held by First President Nursultan Nazarbayev. The Security Council is a key institution in charge of ensuring defensive capacity and national security, protecting the national sovereignty, independence, and territorial integrity of the state, maintaining social-political stability in the country and guaranteeing the constitutional rights and freedoms of citizens. 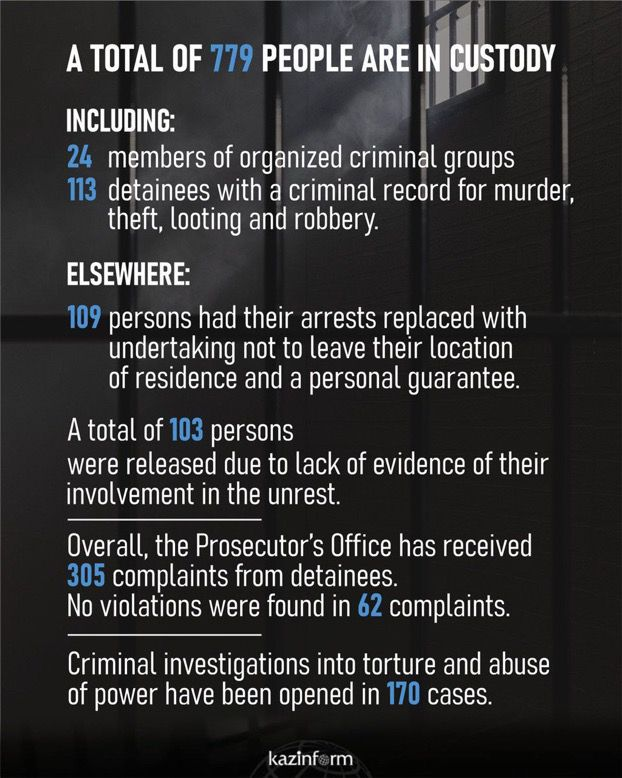 Prosecutor General Gizat Nurdauletov said that the investigation into the tragic January events that began as peaceful rallies against hikes in liquid gas prices and turned violent after being hijacked by terrorists and criminal groups is ongoing. According to him, 3,024 criminal cases are currently being investigated, while an interdepartmental investigative group headed by special prosecutors is overseeing 177 cases of mass riots and terrorism.

According to the prosecutor’s office, 779 people are in custody, including 24 members of organized criminal groups, 113 people, who have a criminal record for murder, theft, and robbery. Nurdauletov said that every report of the torture of detainees was closely monitored.

The prosecutor’s office received 305 complaints from detainees, 62 of which were not founded. However, 170 cases were opened on charges of torture and the abuse of power.

“In each case, we will investigate in detail and prosecute only if there is indisputable evidence,” said the prosecutor general.

Wrapping up the meeting, President Tokayev instructed the state bodies to thoroughly and objectively investigate the January events, protect the rights of the detained citizens, and inform the public about the progress of the investigation in a timely manner.