NUR-SULTAN – The National Bank of Kazakhstan scaled up its currency intervention to US$33 million on Feb. 22 to dampen the volatility of the tenge, said National Bank Deputy Chair Aliya Moldabekova. 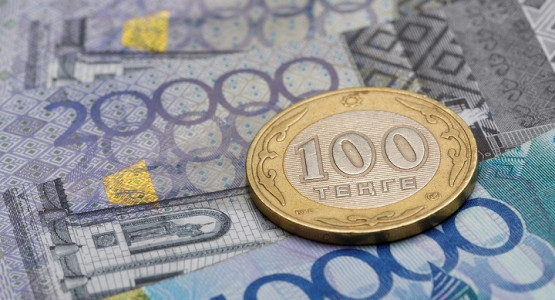 “In light of sharply increased volatility and to avoid destabilizing the situation on the domestic currency market, during today’s trading the National Bank carries out some minor currency interventions. At the moment their volume is 33 million USD with a total volume of trading at US$155 million, which is around 20 percent of all trades,” she said, as quoted by the bank’s press service.

The tenge volatility was caused by the escalation of the situation around Ukraine and increased geopolitical risks.

In the last 24 hours, the ruble lost more than four percent of its value and is currently trading at 80.4 rubles per dollar. The ruble-based MOEX (Moscow Exchange) index of Russian shares fell by 10.5 percent on Feb. 21-22 after the opening session fell by almost five percent.

Russia is Kazakhstan’s key trading partner and the situation on the market creates risks for the country’s financial market.

The tenge remains supported by exporters’ sales and high oil prices, which have kept in the range of $92-97 per barrel and reached $98-99 in some cases.

“We closely monitor the situation on financial markets, in particular the developments on the situation in Ukraine. Further market dynamics largely depend on the nature and depth of sanctions and their impact on the Russian economy,” she explained.