NUR-SULTAN – Refined, elegant, possessor of an excellent voice, a star of theater and film, Khadisha Bukeyeva, would have turned 105 this year.

The prominent Kazakh actress was born in 1917 in the Kaztalovka village in Western Kazakhstan. She was only 15 when she moved to Almaty in 1932 to prepare for medical school. However, with the encouragement of her friends she decided to dabble in acting. In one of her interviews, she recalled the pivotal audition, where she was first noticed. 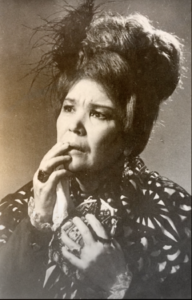 “I had no idea what a theater or a cinema was. Some distant words. The girls dragged me somewhere, where they asked me to do laundry for some reason. I started to imitate: first, I rubbed something hard in my hands, then I shook my imaginary laundry, looked around and hung it on an imaginary rope, and pinned it with clothespins. I did it without trying, just as I would have done it in reality,” recalled Bukeyeva.

That was the audition that changed her career path. She dropped out of medical school and applied for acting school in the Technical School of Stage Art in Leningrad (St. Petersburg) in 1934. Together with 25 other students from Kazakhstan, she was selected by a commission to attend the school and went to Leningrad.

Her acting debut took place at the Shymkent Regional Kazakh Drama Theater in 1938. She was one of the first actresses with a high education degree and quickly became the prima of the theater. Her graceful performance soon brought attention to the budding actress and in 1942 she was transferred to the best theater in the country at that time – the Kazakh State Drama Theater named after Mukhtar Auezov. The result was a long career that lasted for almost 70 years at the Auezov theater.

Bukeyeva’s greatest stage success and recognition came from her role in “The Taming of the Shrew” by William Shakespeare, where she played the main character, Katherina, with a legend of Kazakh cinematography, Shaken Aimanov, playing the part of Petruchio. 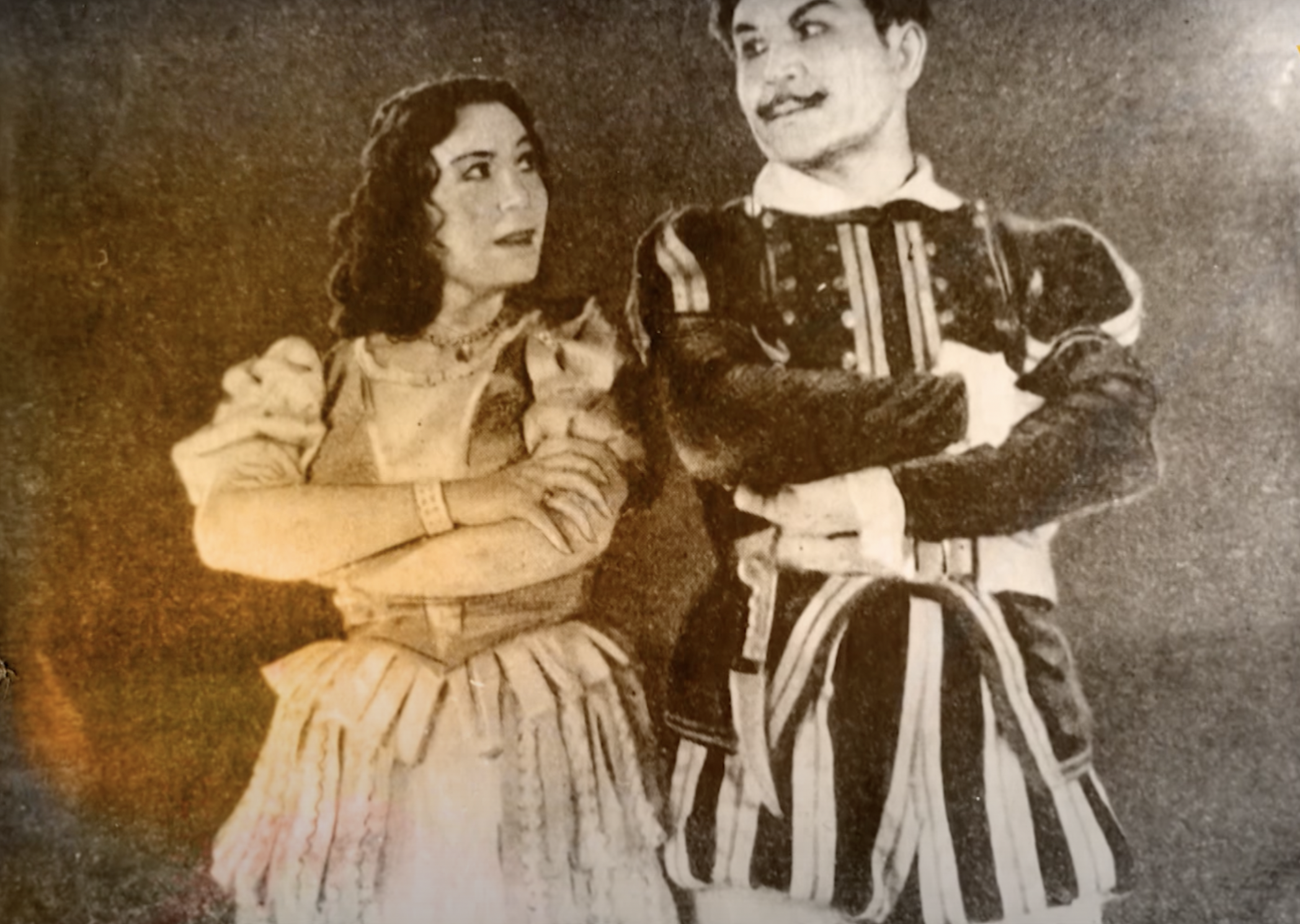 Among a distinguished cast she easily held her own with a fearless and obdurate performance of Katherina and because of its popularity, the play continued for more than 25 years with the same lead actors. The newspapers of those years wrote about the play: “Two hours of sheer joy and celebration.”

Looking back over her work it is impossible not to admire the range and diversity of her characters. Bukeyeva played dramatic, tragic and comic roles with equal finesse.

Her work ranged from Shakespeare’s classics to well-known Russian, and Kazakh dramas. She embodied Queen Margaret in Shakespeare’s “Richard III”, Katherine in “Thunderstorm” and Kruchinina in “Guilty without guilt” from A. Ostrovskii, Aigerim in M. Auezov’s “Abai” play, Dametken in G. Musirepov’s writing of “Kozy Korpesh – Bayan Sulu” love story, and many more. 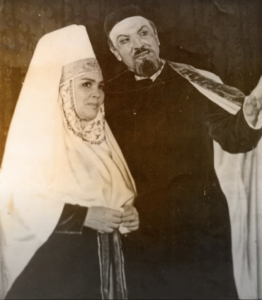 Bukeyeva was awarded the Stalin Prize, one of the highest prizes in the USSR, in 1952 for her Aigerim character in the “Abai” play written by Auezov.

In 1940, Bukeyeva made her film debut as Raikhan in the movie of the same name written by Auezov.

She achieved fame quite early. Thinking back to those times she once said that it was almost shameful how quickly she received all the highest possible awards. “After the role of Raikhan, they gave me the title of Distinguished Actress, and then they gave me the title of People’s Actress – it was terrible! After Kulyash Baiseiitova, our singer, I was the second person who received the title! What a nightmare! How did it happen?”

Bukeyeva successfully combined her stage and acting career with teaching. From 1965 onwards, for many years, she was a professor at the National Academy of Arts named after T. Zhurgenov. Many of her students went on to become prominent actors and artists.

Bukeyeva passed away on Jan. 31 in 2011. A memorial plaque to Bukeyeva was installed in Almaty in 2018 on the wall of the house where the actress used to live. In 2017, the West Kazakhstan Regional Kazakh Drama Theater was given Bukeyeva’s name.