By Staff Report in International on 3 February 2022

NUR-SULTAN – Kazakhstan condemns any cases of excessive use of force, unlawful detention, torture or ill-treatment of detainees, reported the Ministry of Foreign Affairs in a statement released on Feb. 3. 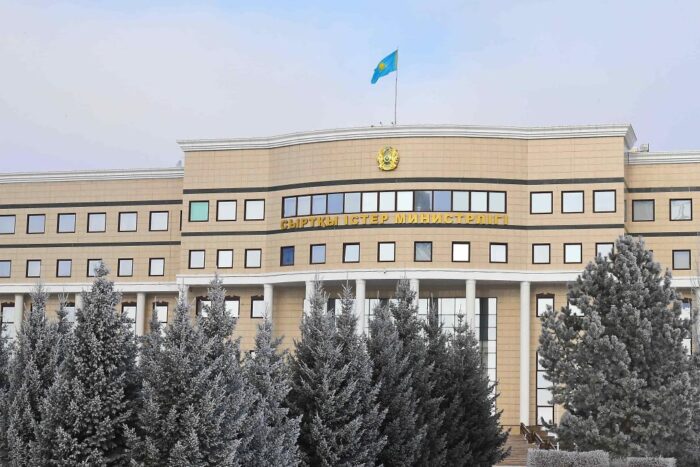 An official statement was made in response to the request from the Human Rights Watch (HRW), the international non-governmental organization, about cases of excessive use of force by law enforcement agencies during the January events in Kazakhstan.

“All complaints of illegal detention and possible ill-treatment of detainees will be thoroughly investigated,” reads the release. “A hotline has been set up to ensure citizens can receive relevant information and file complaints, including regarding actions of the law enforcement personnel. The investigating authorities verify all incoming information about violations. According to the data from the General Prosecutor’s Office, authorities have launched 98 criminal cases concerning complaints of the use of illegal methods of investigation and other violations of the rights of people.”

President Kassym-Jomart Tokayev confirmed that the investigation into the armed unrest must be impartial and conducted in line with the law during his public appearances. Tokayev also welcomed an independent investigation.

The Prosecutor General’s Office and the Ministry of Internal Affairs set to ensure strict compliance with the Constitution and the Criminal Procedure Code, which prohibit use of torture or other ill-treatment, while conducting the investigation.

Commissioner for Human Rights Elvira Azimova and members of the National Preventive Mechanism for the Prevention of Torture (NPM) and the National Council of Public Trust also monitor the situation.

It is reported that the regional NPM teams have made 97 independent monitoring visits to 83 facilities in 16 regions. Some 48 complaints on human rights violations are investigated by the Commissioner for Human Rights.

Lawyers and civil medics have access to the detainees at the request of the regional NPM teams.

It is expected that Kazakh Minister of Foreign Affairs Mukhtar Tileuberdi will meet with Executive Director of Human Rights Watch Kenneth Roth to confirm the country’s commitment to human rights obligations.