NUR-SULTAN – Kazakhstan’s Majilis, a lower chamber of the country’s Parliament, organized a roundtable on Feb. 10 to discuss protection of human rights during the criminal prosecution process and the judicious execution of appropriate punishments, reports the Majilis press service. 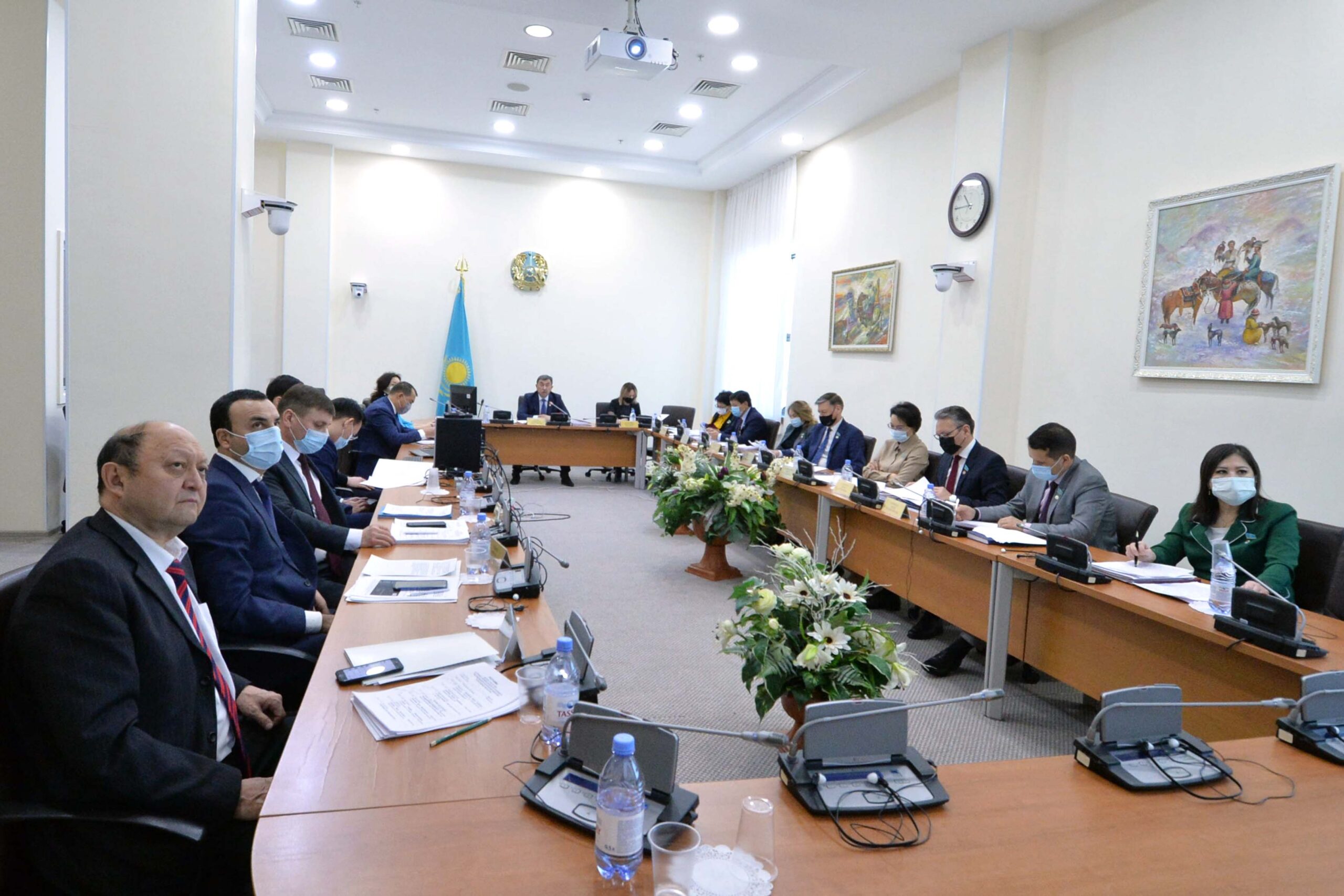 The roundtable, which was chaired by Arman Kozhakhmetov, chair of the committee on legislation and judicial and legal reform, gathered representatives of government agencies, human rights NGOs, the National Bar Association, the National Center for Human Rights, the Organization for Security and Co-operation in Europe (OSCE) Program Office, and the Institute of Parliamentary Development under the Parliament.

Kozhakhmetov noted that Kazakhstan is a party to more than 70 multilateral international agreements in human rights, including the Universal Declaration of Human Rights and eight United Nations human rights conventions. He also said that as part of its cooperation with the UN, Kazakhstan regularly submits periodic national reports on reforms undertaken and results achieved to the relevant UN bodies.

“Today we would like to talk about how our laws, the Criminal Code, the Code of Criminal Procedure, and the Penal Enforcement Code work in practice. This is the sphere where human rights are most closely associated with the state criminal prosecution,” said Kozhakhmetov, referring to the tragic events of January, when certain armed groups took advantage of peaceful rallies to destabilize the government and the situation in the country.   He cited the data from the Prosecutor General’s Office on the investigation of more than 3,000 criminal cases, including 45 cases of terrorism, 36 cases of mass riots, 15 cases of murder, as well as cases of robbery, theft, violence against citizens, and law enforcement officers.

Speaking to the meeting, Deputy Minister of Internal Affairs Marat Kozhayev stressed that the ministry has currently more than 2,500 cases, and the majority of them are on theft and robbery. According to him, of the 893 detainees, 792 were arrested with sufficient material evidence, including stolen property, CCTV footage, videos from social networks, and those found in the smartphones of the suspects themselves.

Deputy Attorney General Yerlik Kenenbayev said that following the January events, the prosecutor’s office received more than 250 complaints of torture and violations of the rights of citizens during the investigation. However, he specified that many detainees are not aware of their rights, and that police officers would take advantage of this.

During the discussion, there were comments and suggestions made by Mazhilis deputies on the lack of awareness of families and lawyers about the status of detainees during the mass riots, their physical condition, and the conditions of detention in pre-trial detention facilities.

The poor work of the authorities in this area was criticised.

On Feb. 4-5, the deputies of the committee on legislation and judicial and legal reform visited Almaty and Taldykorgan where they met with the citizens who suffered during the tragic events, with the families of young people who were detained, with police officers who had been injured and with representatives of civil society. According to the parliamentarians, they sought to have an objective unbiased picture of the current situation of the detainees, to assess the observance of human rights in pre-trial detention facilities, to provide assistance to the families whose relatives had suffered or who had been involved in criminal prosecution.

“It is difficult to convey what we felt during these meetings. Mothers and spouses in grief often simply had no information about their sons and husbands. Some had operations, some did not have a lawyer, some were denied visits,” wrote Kozhakhmetov on his Facebook.

During the two days of meetings, the deputies received more than 70 appeals for assistance and consideration of violations. Kozhakhmetov said they will be considered by the prosecutor’s office of Almaty city and the Almaty region and that full information will be provided to his committee.