By Nurdana Adylkhanova in Kazakhstan Region Profiles: A Deep Dive Into the Heart of Central Asia, Tourism on 25 February 2022 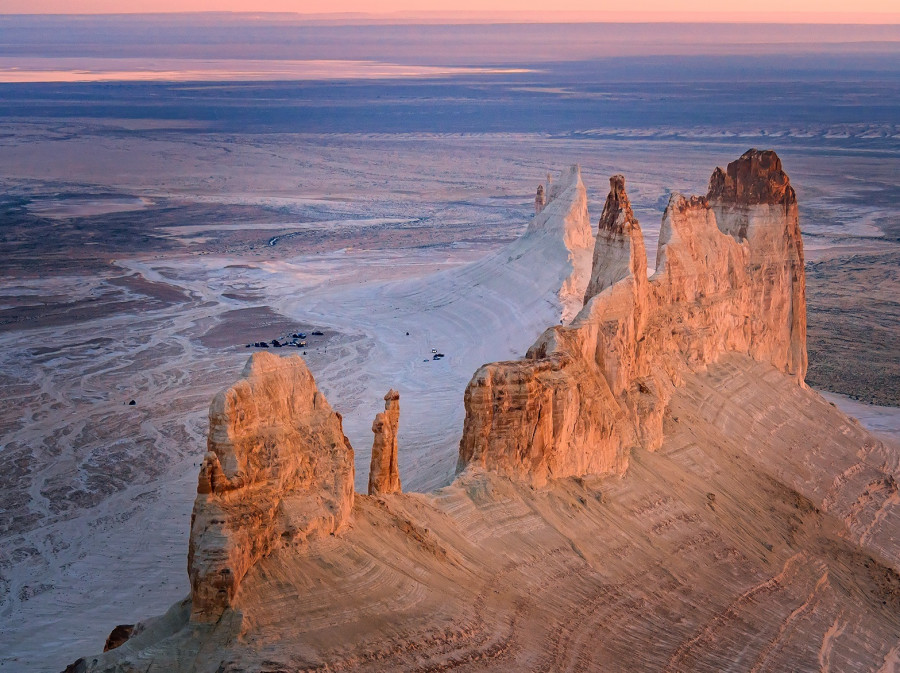 One of the main symbols of the Mangystau region is the Bozjyra. Photo credit: Massaget.kz

“We are already receiving feedback from the regions and the market on improving the mechanisms of support measures,” said Amanbayev. Most of the expenses are directed to the development of priority tourist areas such as Mangistau, Shchuchinsk-Borovoye, Turkestan and Alakol resort areas,” said Amanbayev.

On April 30, 2021, the government adopted a law on tourism, which consolidates the activities of the Kazakh Tourism company and provides  new incentive measures of government support for tourism. Last year, the Ministry of Culture and Sport introduced the Kids Go Free program that provides free tickets for children aged 2 to 17 as part of a domestic tour package. 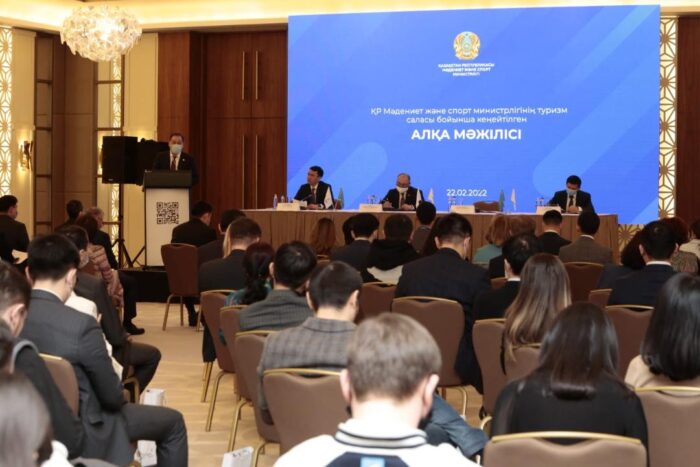 The meeting of Kazakh Ministry of Culture and Sports on Feb. 22. Photo credit: gov.kz

Currently, the Kazakh Tourism has been developing the Grand Tour of Kazakhstan and has already planned its routes. According to Amanbayev, the planning of the tour will consist of three stages: the identification of attractive routes, landscaping, and the development of the content of the routes. The next step will be the promotion of the developed Grand Tour in target markets and product-oriented marketing.

Thus, the government is planning to develop the infrastructure in tourist areas to attract more tourists. In the last three years Kazakhstan has implemented a total of 80 infrastructure projects including the construction of roads and engineering networks, added Amanbayev.

The official called for the joint work of the ministry and local executive bodies in the implementation of measures for improving the tourist environment. He said that the regions could contribute to the development of tourism by improving the quality of services, training guides, developing new tourist products, and conducting information tours. Meanwhile, the number of tourists in the country is increasing due to the recent ease of COVID restrictions. Amanbayev said that on average there were 3,600 foreigners registered in Kazakhstan over the past week.

In response to the expected increase of tourists, Kazakh Vice Prime Minister Yeraly Tugzhanov gave instructions to increase the number of flights and trains to resort areas in the coming tourist season.

“Taking into account the demand for air and railway transport at the beginning of the tourist season, it is necessary to address this issue,” said Tugzhanov. The government is set to ensure daily trains from the capital to Almaty and resort areas as well as to increase the number of flights to the cities of Aktau, Turkistan, Usharal, and the village of Urdzhar.