NUR-SULTAN – Legendary Soviet and Kazakh actor Yuri Pomerantsev, who is the only artist working in theater at such an advanced age in the country, turns 99 on Feb.11. 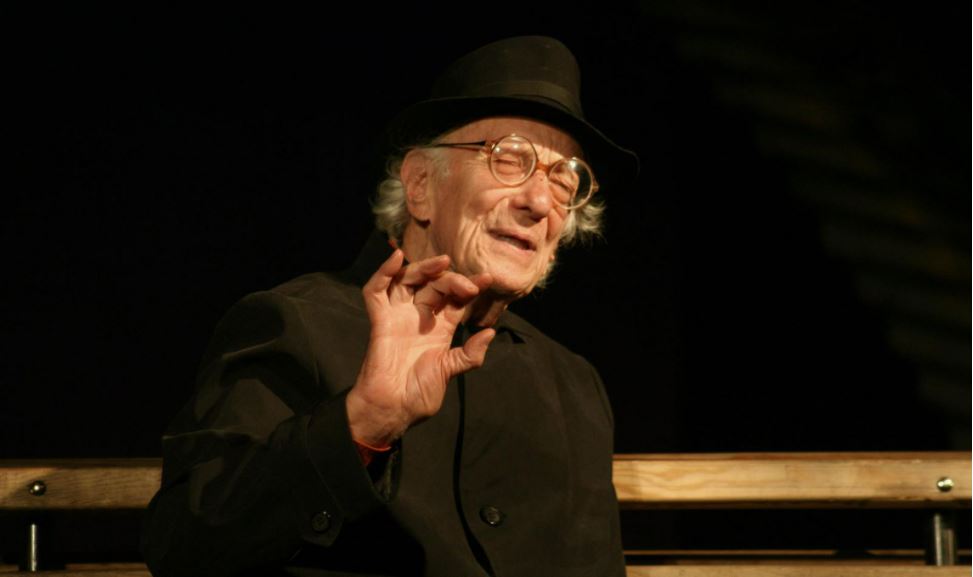 Pomerantsev plans to celebrate his anniversary by performing in a two-hour play called “Visiting Mr. Green.”

As a young man he fought in World War and was wounded. In 1943 he moved to Almaty, where he came to realize that his true passion was acting.

Despite having no formal education, he managed to become an iconic figure in the theater industry.

Pomerantsev played more than 300 roles over his 79 years career on the stage, masterfully transforming from one character to another across all theatrical genres.

As a film actor, Pomerantsev gained international fame after playing general-traitor Vlasov in the “Liberation” epic movie and doctor Lavrov in the famous comedy “Our Dear Doctor” released by “Kazakhfilm” studio in 1957. 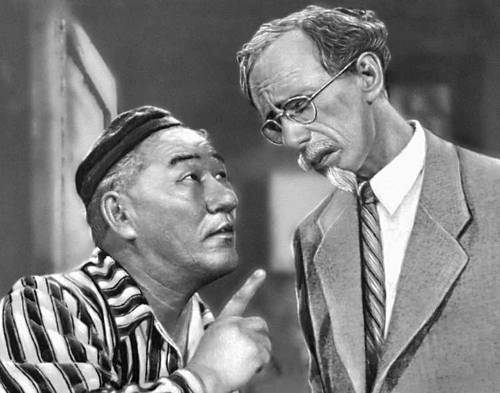 Yuri Pomerantsev (R) in “Our Dear Doctor” movie that made him famous. Photo credit: bse.sci-lib.com

The co-founder of the iconic Natalia Sats Children’s Musical Theater continues to improve and build on his skills despite his age.

“It is the only case when an actor performs on stage at 99! And he plays leading parts! And he wants new ones! It is worthy of the Guinness World Records. Of course, we try to take care of Yuri Borisovich, but he is always eager for battle. He is the true Don Quixote, not only in the theater, but in life,” said Kazakh actor and Lermontov theater’s director Yuri Yakushev in his interview with Kazpravda.

Since 1954, Pomerantsev has performed at the Lermontov Russian Drama Theater in Almaty. 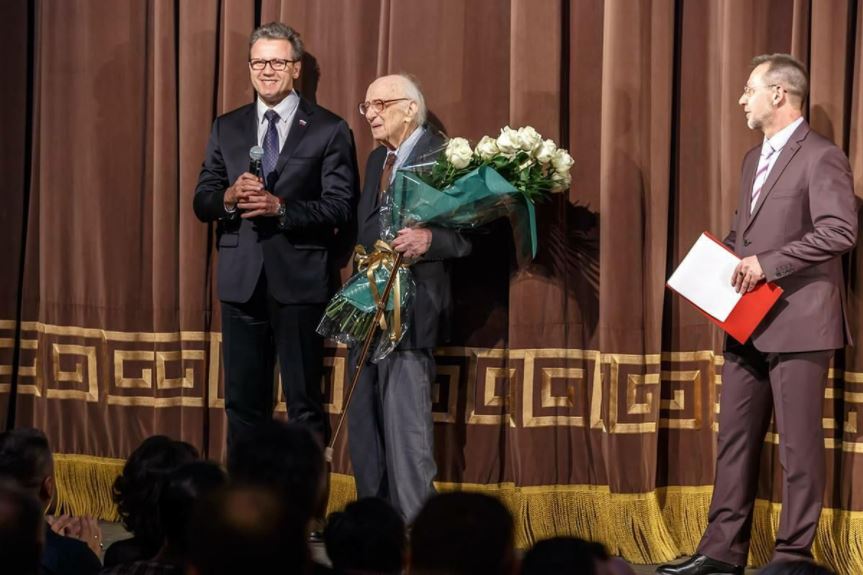 He received numerous state awards and became a People’s Artist of Kazakhstan and won the love and recognition of the public.

His students also adore him, “Yuri Borisovich brought so much love to us that it will be enough for the rest of our lives. We will surely gather all his students from all over the world to kneel as a sign of gratitude to the Master,”one of them, Olga Aktayeva, noted.