NUR-SULTAN – The best tennis player of Kazakhstan became the winner in the ATP-250 category tournament in Montpellier, France, the press service of Kazakhstan Tennis Federation reported. 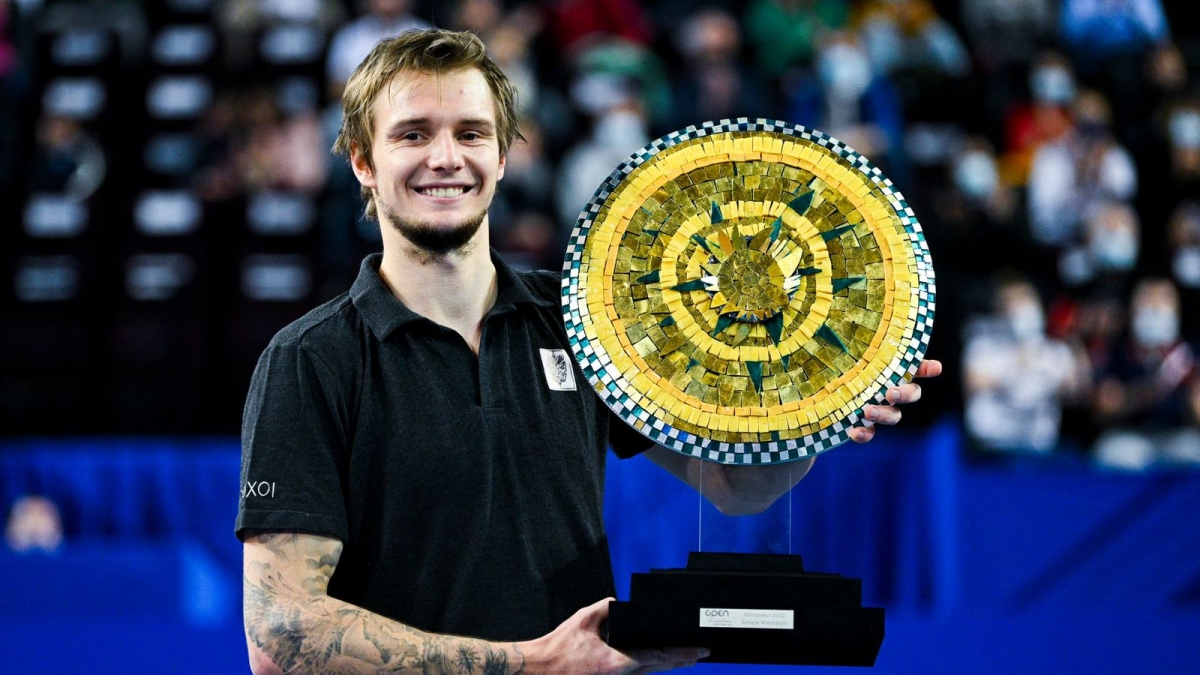 Bublik is the current Kazakh No. 1 player in singles.Photo credit: ktf.kz

In the final match, Bublik defeated the third racket in the world, German Alexander Zverev, with a score of 6:4, 6:3. The match lasted 1 hour and 16 minutes. Bublik aced 8 times, made 3 double faults and took 4 out of 8 breakpoints. The two players have played before with the total score 2:0 in favor of Bublik. Bublik defeated Zverev at the tournament in Rotterdam last year.

“I played four finals before and [in] the fifth final I have won against a great player, against Sascha (Zverev),” Bublik said. “It is great. All my game together. I was serving well and returned well and kept my nerve. I was lucky in the moments and when I had my chances I used them.”

The Tennis TourTalk tennis website and media outlet named this match “Battle Of The Alexanders.”

“On this winter afternoon, the battle of the Alexanders and supremacy in southern France went to the 24-year-old, happy-go-lucky Bublik, who was clad in black. He combined his raw power with an array of deft strokes that kept Zverev off balance and guessing,” reported The Tennis TourTalk website.

For the 24-year-old Bublik, this is the biggest victory of his career. Before that, he played in the finals four times. Now, at the tournament in Montpellier, Bublik was calm, and calmly defeated several strong opponents, including the second racket in the competition, 19th in the ATP rating – Spaniard Roberto Bautista-Aguta, whom he simply crushed in a head-to-head match with his signature aces.