By Staff Report in International on 11 February 2022

NUR-SULTAN, MOSCOW – Kazakhstan and Russia confirmed their readiness to deepen political, economic, investment, cultural and humanitarian cooperation. This was announced during the meeting between President Kassym-Jomart Tokayev and Russian president Vladimir Putin in Moscow as part of Tokayev’s working visit to Russia on Feb. 10, reported the Akorda. 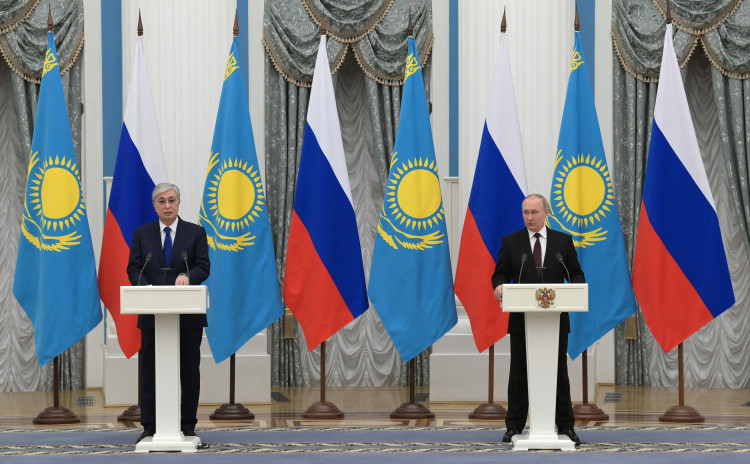 The leaders discussed the prospects for strengthening bilateral relations and key issues of interaction at the regional level.

“We are celebrating the 30th anniversary of diplomatic relations between our countries. We have achieved exemplary cooperation based on strong ties of friendship, common history, and good-neighborly relations between our people. We have achieved success in all areas. Our longest land border in the world is a good example of good neighborliness, reliable alliance and strategic partnership,” said Tokayev. 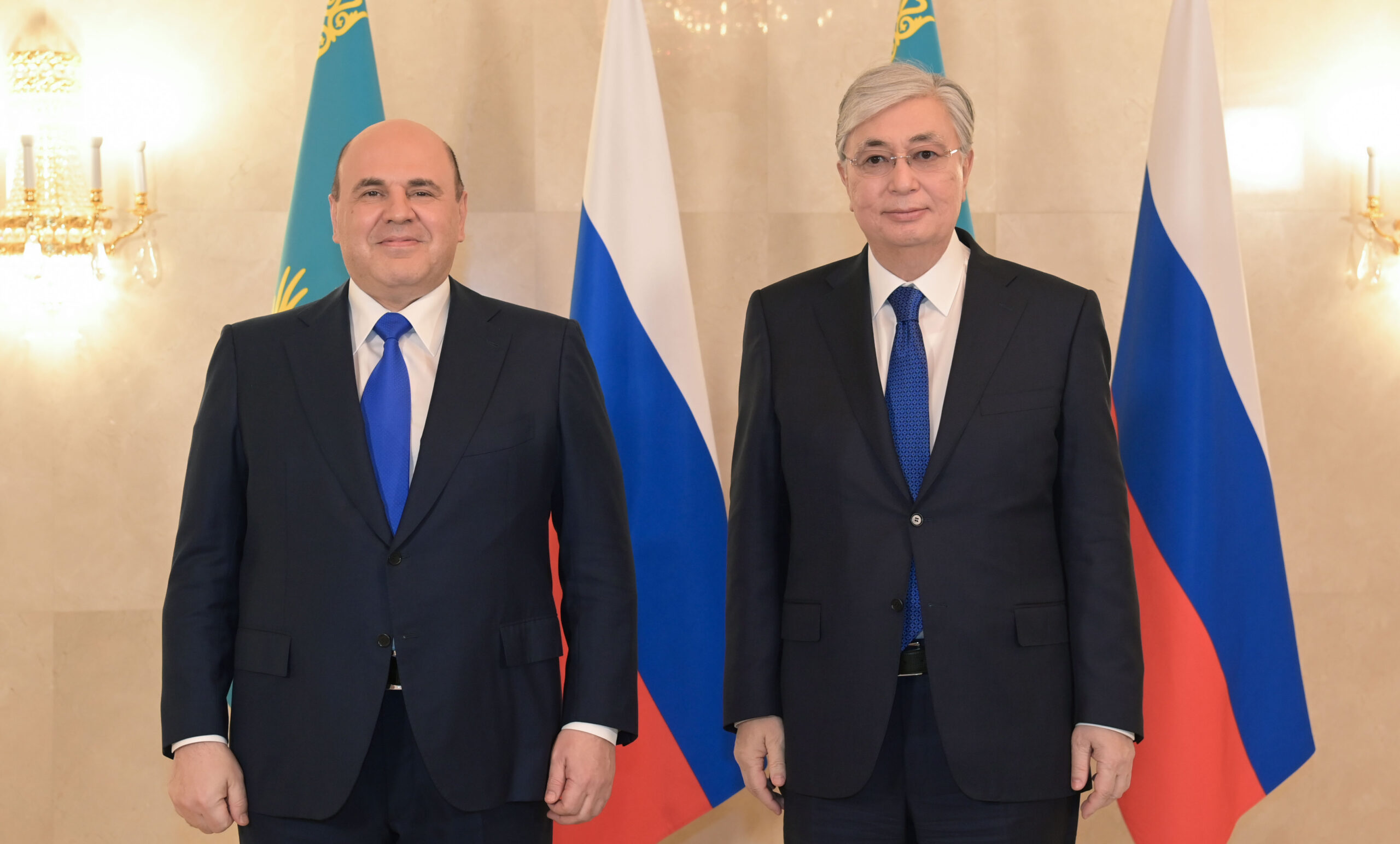 President Kassym-Jomart Tokayev during the meeting with Prime Minister of Russia Mikhail Mishustin.

The Kazakh President noted that this is his first visit after the New Year and after the tragic events in January.

“This was a well-prepared operation of terrorists and bandits who attacked the country to undermine our constitutional order and carry out a coup d’état. The investigation is underway. Unfortunately, there are many victims. I expressed my condolences to the families and friends of the victims. Each case is investigated. People involved in attacks will be punished,” he said. 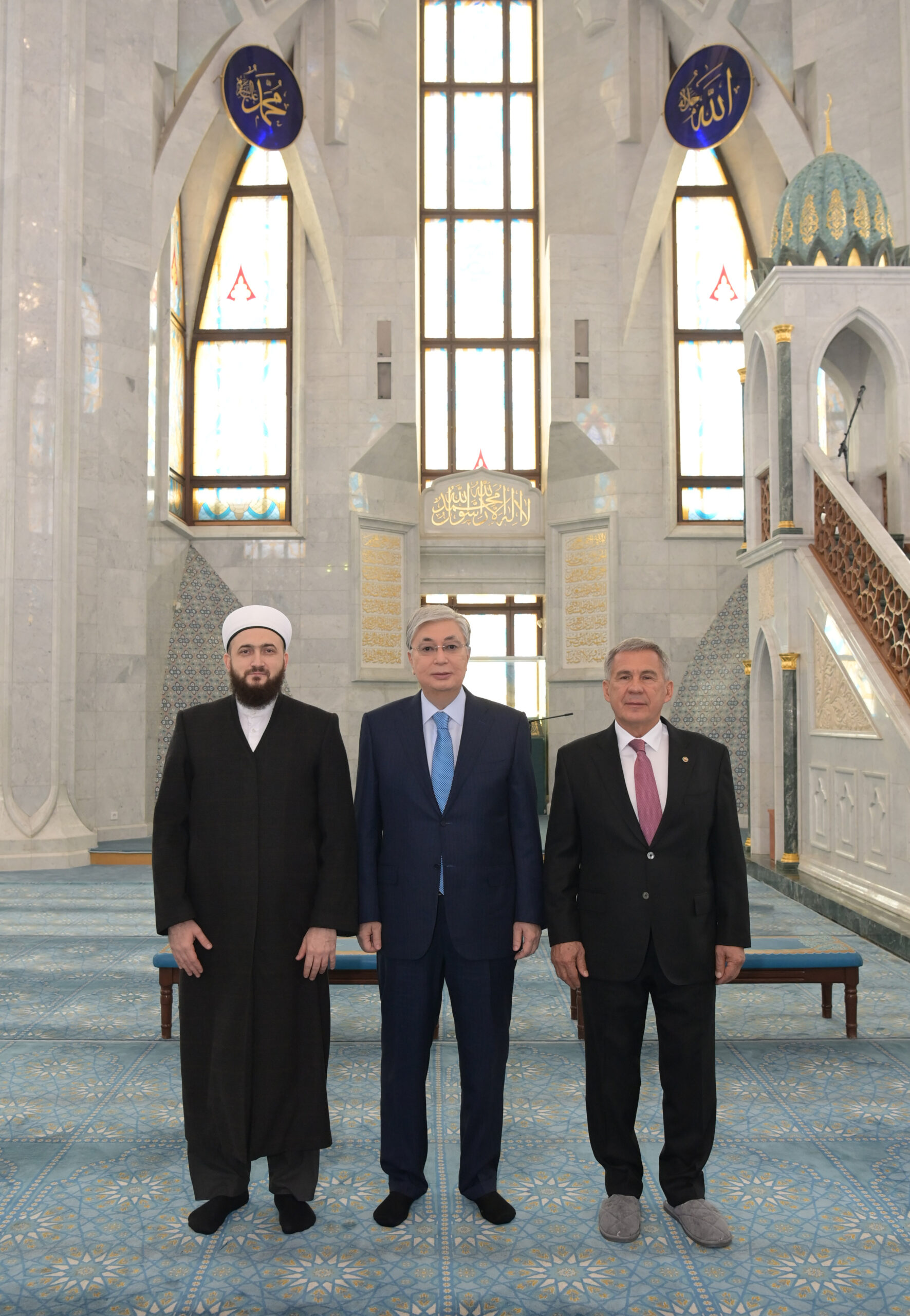 Chairman of the Spiritual Board of Muslims of the Republic of Tatarstan Kamil Samigullin, President Kassym-Jomart Tokayev and President Rustam Minnikhanov at the Kul Sharif Mosque in Kazan.

Putin noted that Russia, as one of the countries of the CSTO, in accordance with the 4th article of the Treaty, assisted Kazakhstan in this situation.

“The leadership of Kazakhstan, law enforcement agencies and the armed forces played the major part. It takes some effort to restore everything that was destroyed during these events. But Kazakhstan remains a strong country thanks to your efforts and leadership,” said Putin.

The Russian president reaffirmed his readiness to build up economic cooperation between the two countries. “Russia is a major trade and economic partner of Kazakhstan. We cooperate on international platforms, in addition to the post-Soviet space, we also cooperate in large international organizations. As we mark the 30th anniversary of the establishment of diplomatic relations, a number of important events are planned. I believe that this will contribute to our business and humanitarian ties. We have major projects in space, energy, and mechanical engineering,” Putin said.

The heads of state agreed to maintain the positive dynamics of trade considering the huge potential for mutually beneficial cooperation.

Last year, the trade turnover between Kazakhstan and Russia exceeded $21 billion despite the pandemic related restrictions. Russian companies are included in the top five investors of Kazakhstan with a total investment of $17 billion.

“Our countries have already launched 13 major projects in industrial direction. Eight projects worth more than $2.5 billion are at the implementation stage. Some 11 projects worth $1.5 billion are being worked out… The projects will create new jobs and strengthen the industrial and technological potential of our countries. The share of mutually beneficial trade between our regions is about 70 percent,” said Tokayev.

The heads of state expressed support in promoting international initiatives. Kazakhstan supports Moscow’s bid to host the EXPO exhibition in 2030.

The agreements on digitalization, space exploration, and training of specialists in the field of nuclear energy have also been signed during the meeting. It was also agreed that the network of branches of Russian universities in Kazakhstan would be expanded.

Kazakhstan and Russia will continue to cooperate within the framework of the Eurasian Economic Union.

According to AT’s contributing author Dmitry Babich, the political observers and media analysts in Moscow stressed the emotional warmth that accompanied the meeting between Kazakh President Tokayev and his Russian colleague Putin.

“Putin likes elegant symbolic gestures. So, his decision to meet Kassym-Jomart Tokayev at a cozy coffee table was definitely an indicator of the special friendship and cordial ties not only between the nations of Kazakhstan and Russia, but also between the two presidents as persons,” Babich quotes Vladimir Kireyev, the deputy director of the Center for Eurasian Integration Studies in Moscow.

Tokayev also held talks with Prime Minister of Russia Mikhail Mishustin on the same day and paid a working visit to Kazan where he met with President Rustam Minnikhanov on Feb. 11.