By Saniya Bulatkulova in International on 8 February 2022

NUR-SULTAN – Kazakhstan’s strategic partnership with the European Union (EU) is of great importance, said President Kassym-Jomart Tokayev during the meeting with EU Special Representative for Central Asia Terhi Hakala at Akorda on Feb. 7. 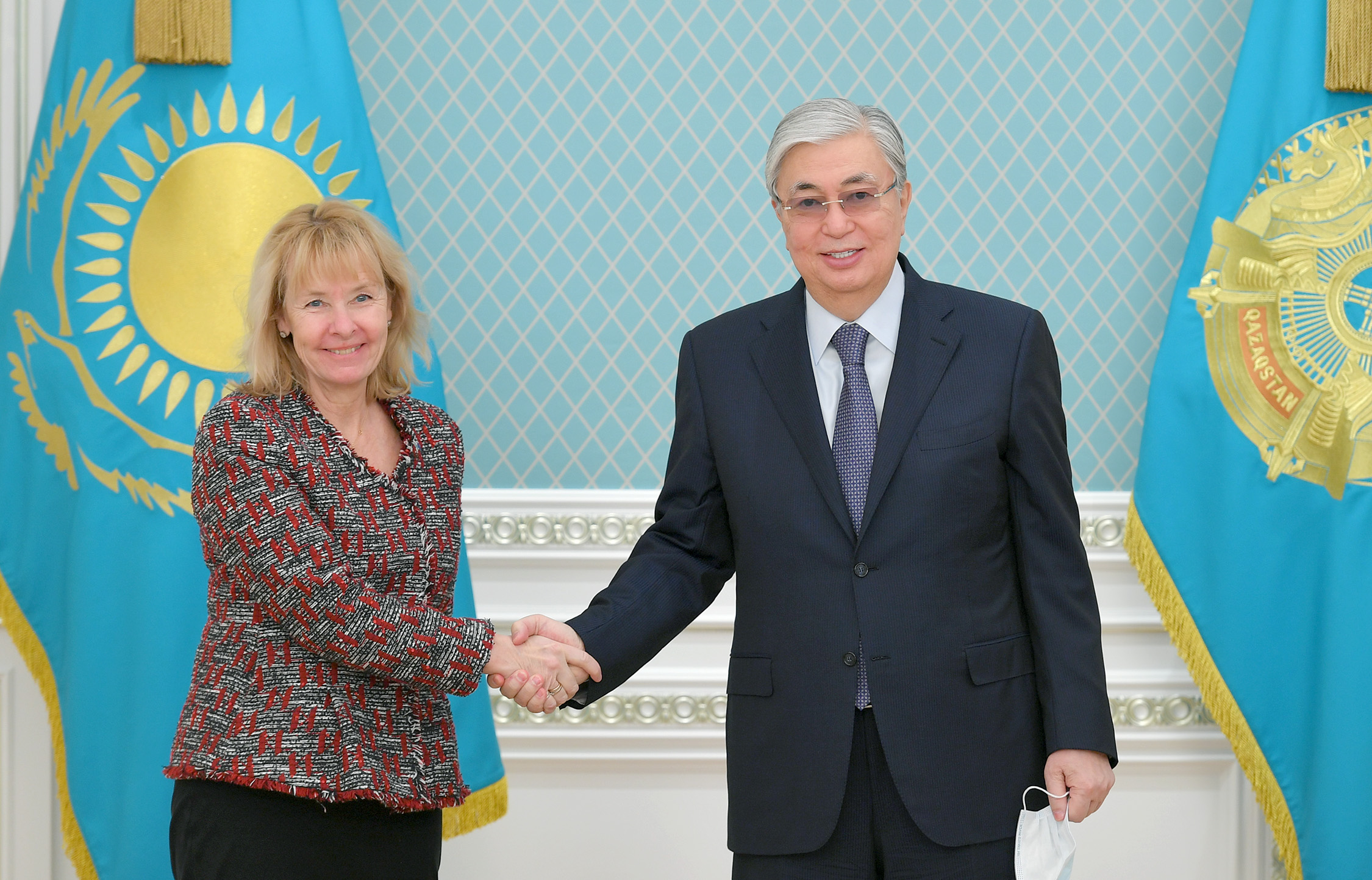 President Tokayev also reaffirmed Kazakhstan’s commitment to “developing close ties with the EU in all areas of cooperation and intention to fully implement the agreements reached earlier.”

The sides discussed the tragic events that occured in several cities of Kazakhstan in early January.

The Prosecutor General’s Office has been instructed to conduct a thorough and fair investigation of what happened, highlighting the respect for human rights and freedoms as a priority for all branches of the government, said Tokayev.

The President conveyed words of gratitude to President of the European Council Charles Michel for the support expressed to Kazakhstan during the virtual talks held on Jan. 10.

As a part of her visit, Hakala met with State Secretary Erlan Karin and Minister of Foreign Affairs Kazakhstan Mukhtar Tileuberdi to discuss the multidimensional direction of the strategic partnership between Kazakhstan and the EU.