Independent Investigation of the Events of Tragic January Continues

By Staff Report in Nation on 2 February 2022

NUR-SULTAN – Thirty-six people have been released in Almaty, reported a newly established Amanat public commission that protects the rights and freedoms of people ostensibly unreasonably persecuted in connection with the January events. 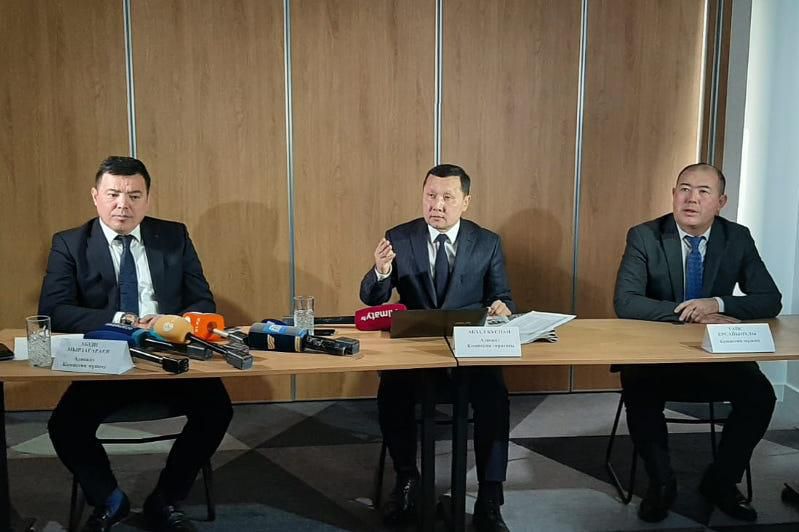 The members of the Amanat public commission during the press conference on Feb. 1. Photo credit: Kazinform.

According to the commission, the attacks led to mass looting and pogroms. This caused casualties and property damages. The investigation should identify who were the organizers and perpetrators. Some people intentionally encouraged individuals to commit illegal acts. The commission intends to identify those who took part in peaceful protests and prevent them from exposure to torture and persecution.

“After the January events, many innocent people have been detained and arrested in Almaty. Due to this we established the public commission. Our goal is to help people,” member of the National Council of Public Trust Uais Yersainuly said during the briefing on Feb. 1.

Earlier, President Kassym-Jomart Tokayev said that an independent investigation of what is happening now and what happened is necessary in his interview to Khabar 24 TV on Jan. 29. “As the head of state, I am interested in ensuring that the rights of people are not violated. Each case must be investigated,” the President said.

Chairman of the public commission Abzal Kuspan noted that some cases have been investigated under article 272 of the Criminal Code. In most cases, participants of the attacks are people who followed orders or the instigations of unknown organizers and provocateurs.

Amanat seeks to identify women, children under 18 and injured people in custody, who took part in protests only, did not participate in looting and do not pose a danger to society. Lawyer Madi Myrzagarayev believes that they can be released with a written warning not to leave the city until the investigation is finished.

The public commission includes professional lawyers, Majilis deputy, member of the National Council of Public Trust, and one representative each from the Prosecutor General’s Office and the Ministry of Internal Affairs.

The members of the commission will also visit other regions in the near future.

On Jan. 27, Commissioner for Human Rights Elvira Azimova reported that all matters of human rights violation of detainees including ill-treatment, absence of lawyers, and psychological pressure will be thoroughly examined and treated accordingly. As a result, the regional groups of the National Preventive Mechanism for the prevention of torture and ill-treatment visited and conducted independent monitoring of 83 detention places, including pre-trial detention centers, temporary detention facilities and holding cells in 16 regions.