By Zhanna Shayakhmetova in Astana on 19 February 2022 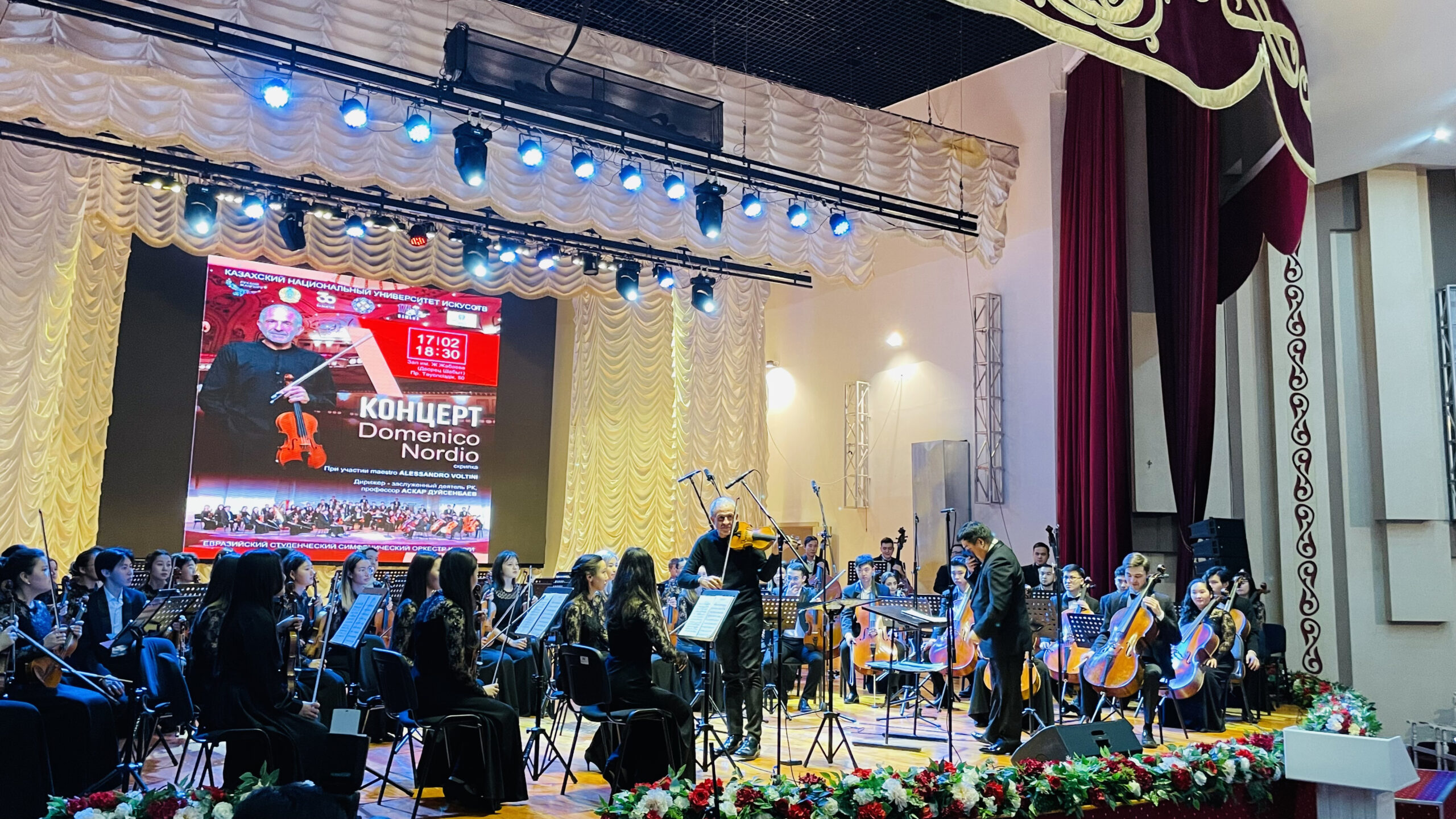 As one of the most celebrated violinists of his generation Nordio performed at the Carnegie Hall in New York, Salle Pleyel in Paris, St. Petersburg Philharmonic Hall, Teatro alla Scala in Milan, Barbican Center in London and Suntory Hall in Tokyo and other venues. His international career started after he won the Viotti International Competition in Vercelli, Paris’ Thibaud Competition, Vina del Mar’s Sigall Competition and Marseille’s Francescatti Competition, the Eurovision Grand Prix.

The concert was initiated by the Embassy of Italy in Kazakhstan as part of the Expert Hands program. According to the release, a new format is designed to present some excellences of culture and Made in Italy, enhancing the creative work of human hands. The initiatives tell about the union between genius, the quality of craftsmanship or manufacturing, and the originality of Italian artistic and creative expression.

The program includes a series of events and initiatives scheduled in 2022 to mark the 30th anniversary of diplomatic relations between Italy and Kazakhstan.

“Italy is not only an investor in Kazakhstan, Italy is a partner and cultural relations belong to this concept of partnership. This concert is the first event of a cycle called Expert Hands. We want to emphasize the importance of Italian masters at work. Italy has the capacity and the genius to transform a beautiful artistic spirit into quality products,” said Ambassador of Italy in Kazakhstan Marco Alberti.

The ambassador noted that the concept of Expert Hands will focus on different sectors of Italian excellence. It includes culture, cuisine, fashion and craftsmanship.

Before the concert, master luthier Alessandro Voltini spoke about the history of Cremonese violins and its unique characteristics, and the love for his workshop.  The violin making art of Cremona has almost a 500-year history. It is famous worldwide for its constitution of stringed instruments.

The Kazakh National University of Arts and the Cremona Violin Museum also signed an agreement as part of the event. “Education is important. This agreement will help young Kazakh musicians to go to Italy and to absorb the Italian music culture. Music is an international environment, but above all music is a very young environment. We want the younger generation to build up the next 30 years of our diplomatic relations between our countries,” said Ambassador Alberti.