By Zhanna Shayakhmetova in Nation on 2 February 2022 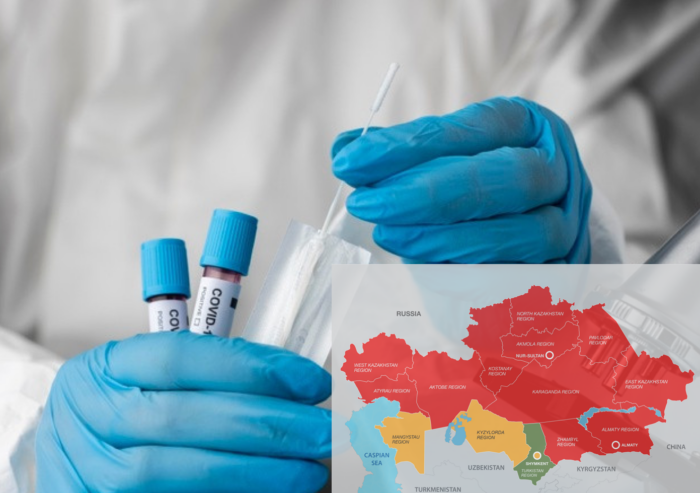 Chief State Sanitary Doctor of Nur-Sultan city Sarkhat Beisenova warns that COVID-19 has long-term negative consequences for health, especially for those who have not been vaccinated. Click on the picture to see the map.

The COVID-19 cases in school-aged children have increased since mid-January. The bed occupancy has also increased 1.2 times from 31 to 38 percent.

“The local authorities should ensure the compliance with the sanitary and disinfection requirements in schools as well as face coverings and room occupancy and other measures to prevent the COVID-19 spread. I also urge parents of children over 12 years to consider vaccination of children,” the minister said.

The COVID-19 mortality rate was reduced by 1.3 times in January compared with December.

The city of Shymkent, Kyzylorda and Mangistau regions are in the yellow zone, while the Turkistan region remains in the green zone.

More than 1.5 million people received the third dose of the vaccine. The highest revaccination rate is observed in the East Kazakhstan, North Kazakhstan and Zhambyl regions.

The country also shows a sharp rise in the cases of acute respiratory viral infections since the second decade of January. “The influenza A virus is currently circulating statewide. The incidence rate of respiratory viral infections increased 1.2-fold compared with the epidemiological situation in 2019. The incidence rate among children has increased 13 percent,” said Giniyat.

The mask regime, social distancing and avoiding crowded places are mandatory to prevent the influenza and COVID-19 spread.