By Saniya Bulatkulova in Nation on 14 February 2022

NUR-SULTAN -The Ministry of Foreign Affairs of the Republic of Kazakhstan, chaired by Ambassador-at-Large Usen Suleimen held an online meeting of an advisory body dubbed the Human Dimension Dialogue Platform. 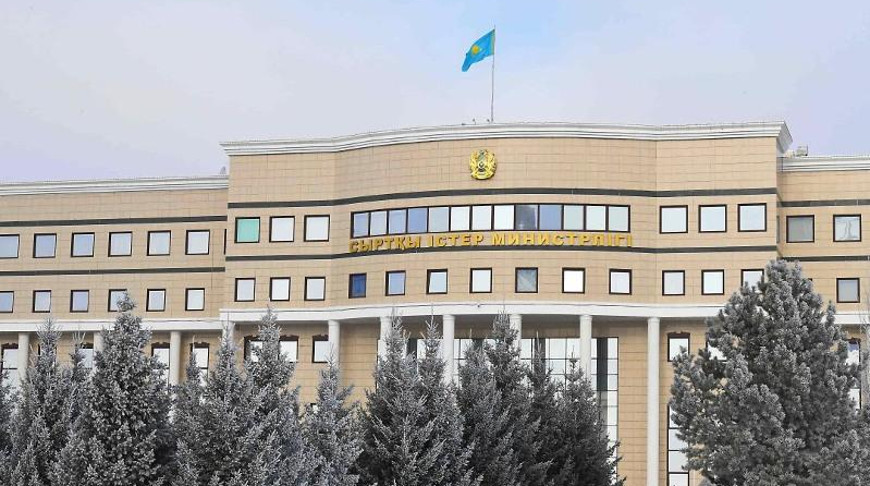 Apart from Kazakhstan’s public authorities and representatives of civil society, the heads of the United Nations Development Programme (UNDP), Office of the High Commissioner for Human Rights (OHCHR), Organization for Security and Cooperation in Europe (OSCE), the European Union, USAID and the embassies of several European countries attended the event.

In his welcoming speech, Kazakh Deputy Foreign Minister Roman Vassilenko noted that the beginning of 2022 was marked by unprecedented tragic events in Kazakhstan. “Members of the consultative and advisory body gathered to share their vision of what happened, to understand how state bodies and the civil sector can jointly contribute to resolving the situation at present,” he said.

According to Vassilenko, the Kazakh government continues to strongly condemn any possible cases of disproportionate use of force, illegal detention, torture and ill-treatment of detained people. The rights of citizens to a fair trial should also be respected. 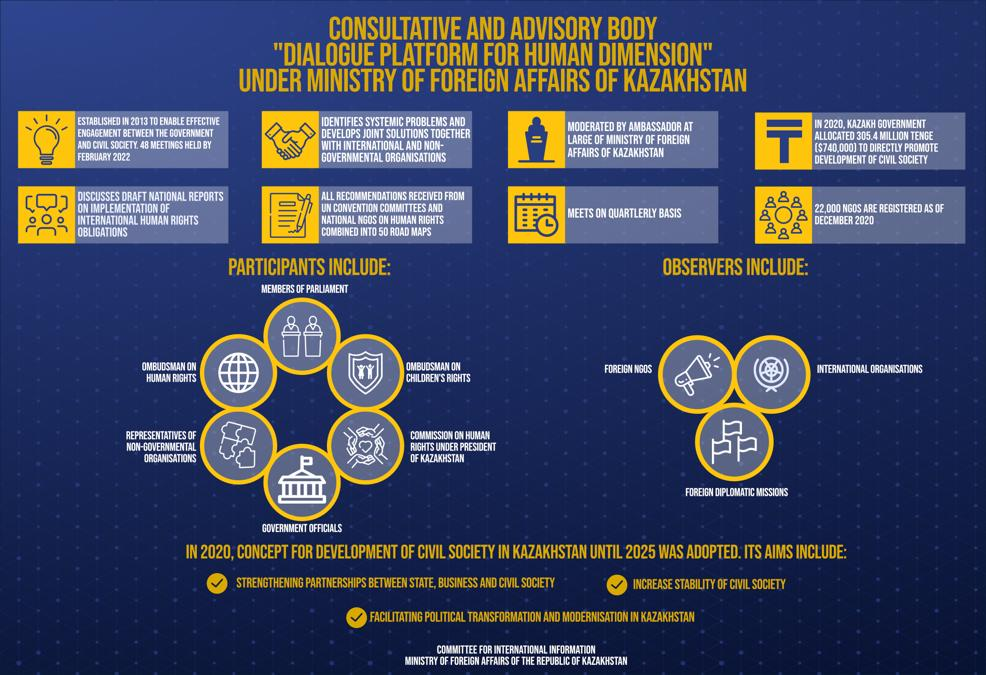 As human rights activists highlighted, these events unveiled numerous shortcomings in the practice of applying legislation in the field of human rights and freedom protection.

They also offered a range of recommendations to amend laws and various regulatory legal acts.

Concluding the meeting, the body’s members called for further interaction between government agencies and NGOs on these issues.