We Have Learned Lesson from January Tragedy, Says President Tokayev 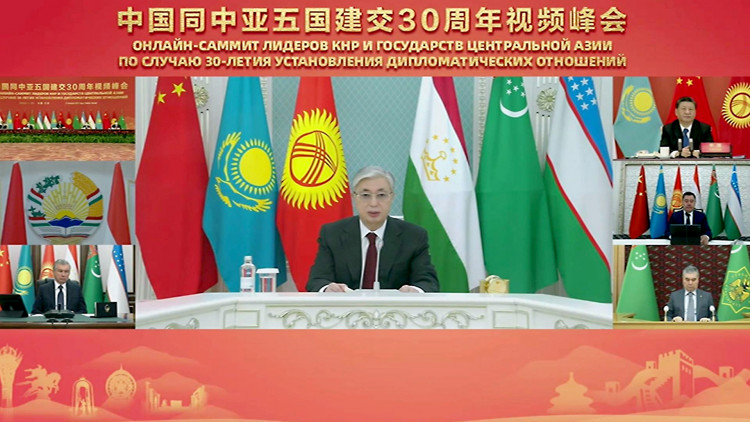 “As a state, as a nation, we have learned the necessary lessons from these tragic events and will certainly recover quickly. Now we are actively working on reforming public administration, national security, and economic policy. We have begun building the New Kazakhstan,” Tokayev told the summit that gathered leaders of Central Asian countries and China to commemorate the 30th anniversary of the establishment of diplomatic relations.

Tokayev spoke about the terrorist attack “unprecedented in its audacity and cruelty” that the country faced at the beginning of January after initially peaceful rallies turned into violent unrest hitting Almaty, the nation’s former capital and largest city, the most.

As a permanent member of the United Nations Security Council, China plays an important role in strengthening peace, stability, and progress in the Eurasian space, according to Tokayev.

Delivering his remarks, Chinese President Xi Jinping noted his country’s firm support for Kazakhstan in “its effort to maintain stability and stop the violence.”

“We firmly oppose attempts by external forces to foment color revolutions in Central Asia, firmly oppose interference in other countries’ internal affairs under the pretext of human rights, and firmly oppose any force that tries to disrupt the tranquil life of the people of our six countries,” he told the meeting commenting the January events in Kazakhstan.

In his remarks, Chinese President Xi Jinping also emphasized the importance of strengthening security cooperation between China and Central Asia and commended the achievements.

“Over the past 30 years, we have shared weal and woe and pursued common security. Following the new thinking of common, comprehensive, cooperative and sustainable security, we have combined efforts to fight the three forces of terrorism, separatism and extremism, transnational organized crime and drug trafficking and to resolutely reject external interference or attempts to instigate color revolutions,” he told his counterparts.

Describing the COVID-19 pandemic as a threat that has no borders, Jinping said China will continue supporting Central Asia in its fights against the virus.

“I wish to announce that in 2022, China will provide an additional aid of 50 million doses of vaccines to Central Asian countries, and set up traditional medicine centers in countries with such need. China also calls for the establishment of a China-Central Asia health industry alliance,” he said.

Tokayev also told the Chinese leader that Kazakhstan supports the One-China policy, a diplomatic acknowledgment of China’s position that there is only one Chinese government and Taiwan is part of China despite Taiwan’s claims it is an independent country.

“We strongly support the policy of non-interference in each other’s internal affairs and respect for national identity. Kazakhstan is committed to this position in supporting the fundamental principle of One China,” said Tokayev.

Among other promising areas for cooperation that Tokayev highlighted in his speech were sustainable development and decarbonization, digital technologies and innovations, as well as the diversification of transit-transport routes and the introduction of integrated logistics solutions.

He said that Kazakhstan plans to invest US$20 billion to boost transport and logistics connectivity until 2025 to expand the transit flows from China, and meet the growing needs of the countries of the region.