Unrest in Kazakhstan: a View from Georgia

The Kazakh state, which has repeatedly proved its benevolence towards the world with its peace initiatives, is going through a difficult period today. The New Year of 2022 has begun tragically for the Kazakh people. In this context, hasty statements and comments are totally unacceptable. Instead of hypocritically caring about Kazakh democracy, it is better to look at the objective reality and then make serious conclusions from it. The reality is this: 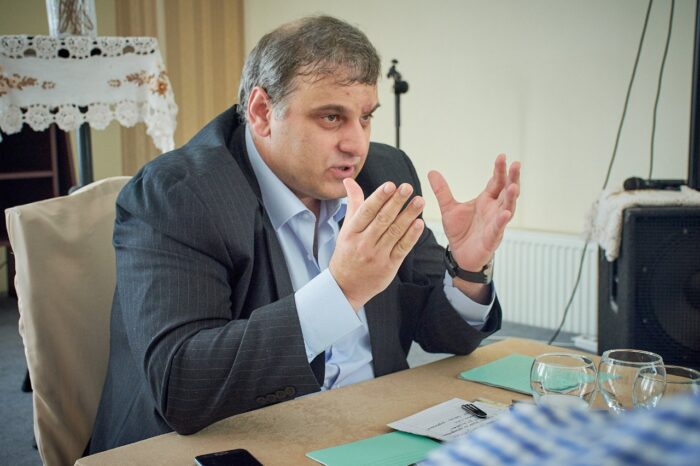 The Kazakh people are free people living in a free country and have the opportunity to protest freely. President Kassym-Jomart Tokayev on his own initiative has been liberalizing the legislation regulating the holding of rallies and demonstrations for over a year.

Residents of the western regions of the Republic, particularly in the town of Zhanaozen in the Mangistau region, used this very right when the protests began on Jan. 2. The protests had a serious reason – the doubling of the price of liquefied natural gas starting from the new year, which, in turn, was due to the requirements of the free market economy. 2021 was marked by a sharp increase in energy prices around the world, and when Kazakh producers brought liquefied natural gas to the international stock exchange, it automatically led to a doubling of prices in the domestic market.

President Tokayev, who established the principle of the “Listening State” in the government, or the principle that the state hears and takes into account the opinion of the people, immediately responded to the protests that began on Jan. 2. On the President’s instructions, the government compromised on the issue and already on Jan. 4 decided that the citizens of Kazakhstan would again buy liquefied natural gas at the old price – 50 tenge (US$0.11) per liter, which was guaranteed by the government.

The authorities released all participants of the Jan. 2-4 rallies detained for administrative offenses. In addition, the government began to investigate whether there had been any secret deals among the sellers of liquefied gas.

Naturally, the wave of protests would soon have fallen and people would have returned to their usual rhythm of life, if it were not for the provocateurs who deliberately started spreading misinformation and immediately turned to violent actions.

All this caused confusion and the situation heated up. Peaceful protesters in Aktau and Almaty were replaced by criminal elements, followed by Islamist extremists trained by outside forces. Everything turned out to be coordinated by the so-called NGOs, who abused the democratic structure of Kazakhstan.

Yes, if there is anything to accuse the Kazakh government of, it is of “unnecessary democracy,” not of not being democratic enough, as some detractors have claimed.

Kazakhstan’s government should have long ago taken tough measures against these NGOs, and strictly limited the informal dissemination of extremist ideologies. It also should have taken tougher measures against criminals. But we can’t blame the authorities, especially President Tokayev, for leading Kazakhstan to authoritarianism or even to dictatorship. This is a deception.

If our Georgian  government had heard the voice of the people the way the government does in Kazakhstan, we would not be experiencing endless price increases for electricity, gas and other utilities…

Some politicians have begun to complain about the President of Kazakhstan’s request for the Collective Security Treaty Organization (CSTO) to come to his aid. However, when it comes to international terrorism, and President Tokayev seems to have had reason to speak specifically about terrorism, and a sovereign state has every right to turn to a military bloc of which it itself is a member.

The contingent of the CSTO and the Russian army is limited (2,030 troops and 250 units of military equipment), and it will be deployed at strategic sites with the function of protecting these sites.

The Baikonur Cosmodrome alone is of great importance not only to Kazakhstan and Russia, but also to the entire world. These facilities and other similar ones, which are not few in Kazakhstan, need special protection. These are exactly the functions performed by Russian and other allies and they are not taking part in anti-terrorist operations conducted by Kazakhstan’s security and law-enforcement agencies.

On Jan. 11, President Tokayev spoke at a special session of the Parliament, and he openly and clearly spoke about the long-neglected problems within society and, most importantly, pointed out specific ways to solve them, giving appropriate instructions to his government. The transformation of the political system, economic reforms will be continued. Kazakhstan is committed to respecting international human rights obligations and continuing the course of reforms within the concept of the Listening State.

I believe that Kazakhstan will eventually emerge from this crisis and become even stronger; I sincerely wish prosperity to the friendly people of Kazakhstan.