NUR-SULTAN – President Kassym-Jomart Tokayev has been unanimously elected as the Chairman of the Nur Otan party on Jan. 28 at the extraordinary 21st   Congress of the Party, reported Akorda. 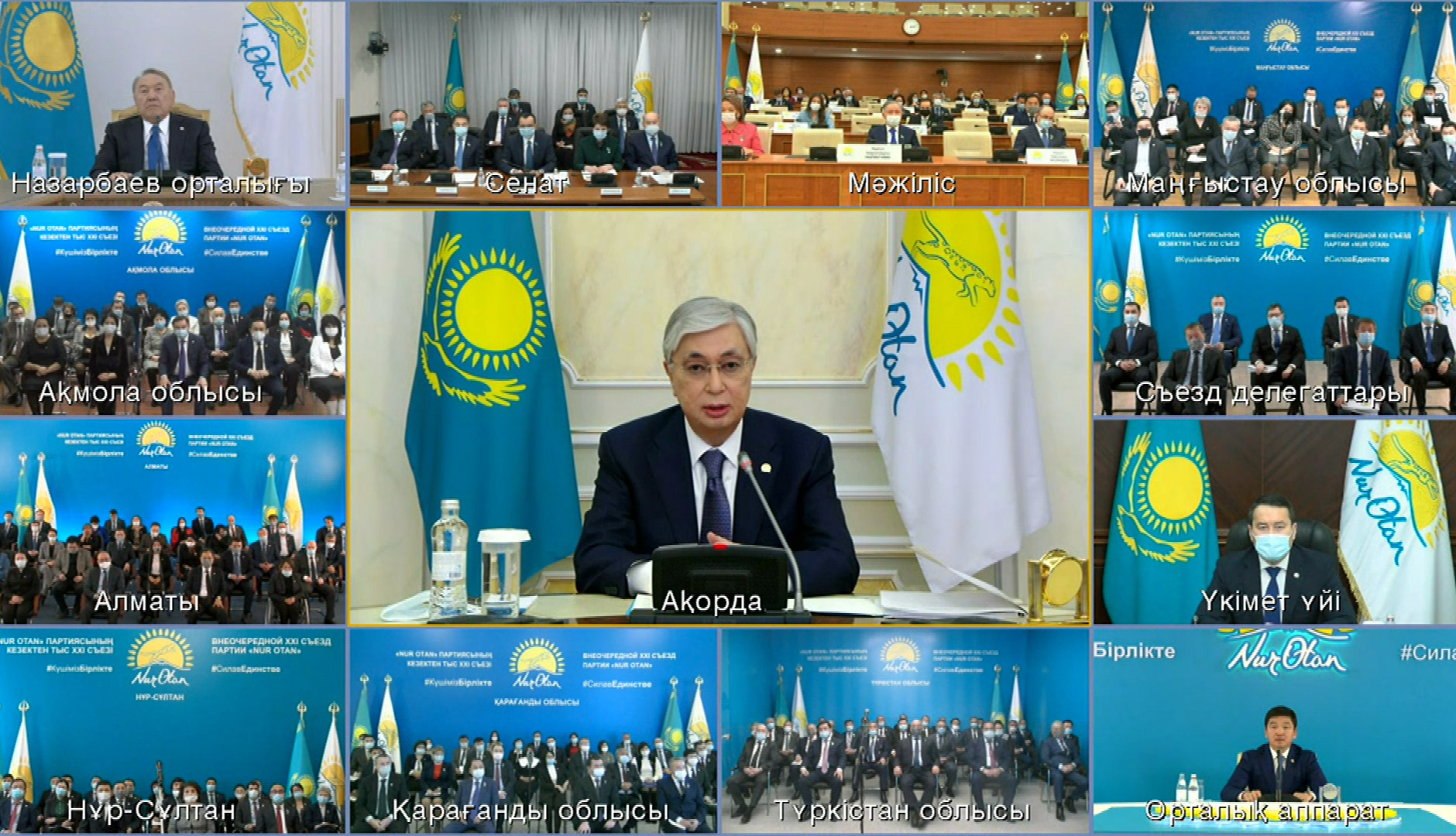 First President Nursultan Nazarbayev, who headed the party since its foundation in 1999, made a proposal to elect Tokayev as the party’s chairman.

“I accept the offer to head the Nur Otan party as we see that our country faces the development challenges. I am committed to start working on the transformation of the party and the consolidation of the society,” said Tokayev.

Tokayev noted that as the head of state, he will serve as a guarantor of open and fair political competition. “My duty is to ensure the coordinated actions of all branches of power and the responsibility of state bodies to the people. This means the President should distance from any parties’ activities. My chairmanship in the party will probably be discussed at the end of this year,” he added.

The President said that a restructuring of the Nur Otan party is needed.

Also, Tokayev outlined the main priorities for the party’s activities.

First, it is necessary to strengthen solidarity and consolidate the society. The party should work with the representatives of various socio-political communities and opinion leaders. The party should be “at the center of events and at the forefront of processes.”

Third, a reboot of the party faction in the Majilis (a lower house of Parliament) is necessary to support the upcoming reforms.

Fourth, party members should be involved in solving urgent socio-economic problems in the regions.

Sixth, the Nur Otan party should lead in the fight against corruption and put forward more initiatives.

“The tragic events of January showed some problems in socio-economic adaptation of young people… We need to work with unemployed youth in the cities. Jas Otan (the young wing of the Nur Otan) should invite young leaders who are ready to engage in useful social activities,” said Tokayev.

The party also introduced changes to the composition of the political council. The representation of women increased to 33.7 percent. The share of young people under 35 increased six-fold up to 13 percent.

The number of civil servants has decreased by a third. The representation of the civil sector has significantly increased. Representatives of the education sector have increased two times and the share of NGOs and the media increased to 15.2 percent.

Some 389 delegates took part in the congress, which was held online.