By Zhanna Shayakhmetova in Sports on 22 January 2022

NUR-SULTAN – The National Olympic Committee (NOC) presented the team’s uniform at the Beijing 2022 Olympic Games, which will be held Feb. 4-20, reported the NOC’s press service.

The uniforms were made by the Kazakh company ZIBROO and created by Russian designer Dmitry Shishkin.

The athletes also took part in the creation of the uniforms and provided recommendations about the design, quality and functionality of the sports clothing.

“The Olympic Games celebrate friendship and solidarity. Today it is more important than ever for all nations. Sports has always united and continues to unite nations… Kazakhstan expresses its solidarity with the world athletes’ community participating in the Beijing-2022 despite the increasing difficulties of the pandemic,” said NOC Kazakhstan Secretary General Andrey Kryukov. 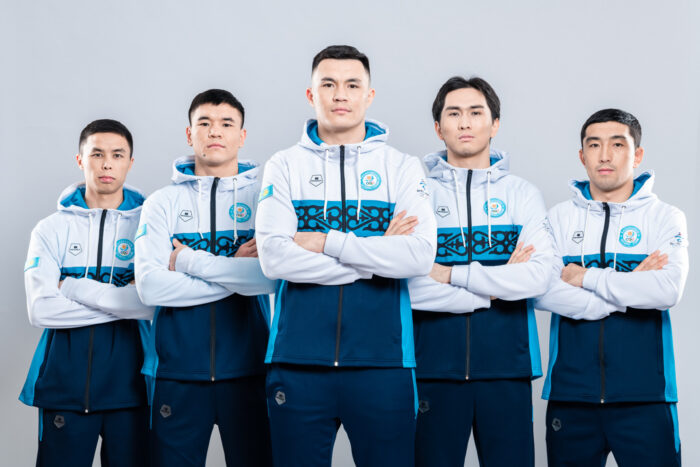 The designers used the special font for inscriptions on clothes in line with the Kazakh traditions. “The designers also honored the Olympics hosts and their rich traditions and heritage. According to the Eastern Chinese calendar, 2022 is the year of the Black Water Tiger, which served as inspiration for the uniform’s color palette. Black is meant to bring good luck, while blue and white represent water, snow, and ice as symbols of the Winter Olympics,” reads the release.

As of Jan. 18, the national Olympic team consists of 32 athletes. The full list of participants will be available after the results of the redistribution of licenses from the international federations in some sports are released.