By Saniya Bulatkulova in Society on 19 January 2022

NUR-SULTAN – Kazakh civil society is still recovering after the “Almaty tragedy” that took the lives of 225 people across the country. Recently, a popular blogger and traveller from Almaty Alexander Tsoy published a post on Facebook about prominent entrepreneur and restaurant owner Dauren Talipov, who miraculously survived  while organizing food delivery to the military and police in Taldykorgan during mass riots: 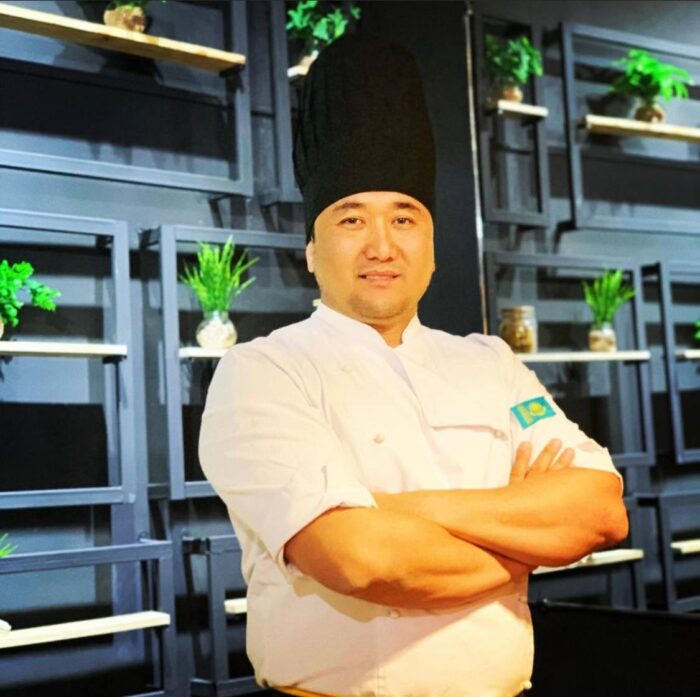 “Fuel price protests began in Taldykorgan on Jan. 4. The next day, the city was in chaos. The police building was damaged, the regional akimat (city administration) was burned, public transport did not work, firefighting and police emergency service didn’t operate, and there was no Internet as well.

All restaurants and catering facilities were closed.  Firefighters, military and police officers barricaded themselves in their buildings. They had nothing to eat, and nobody could deliver anything to them.

Talipov reminisces: “Nobody asked me to do it as I just knew they had not eaten for two days. I called my chefs and told them we had to gather and cook meals for people. As neither public transport nor taxi worked, chefs got to the restaurant how they could at their own risk. Many of them went to the restaurant on foot and were cooking for several days. We filled up our cars with 400-500 meals and delivered them around the city.”

According to him, they discussed with the military and staff what kind of signs they could use to avoid getting injured.

“We managed to deliver food for two days. On the third day, on the evening of Jan. 8, when the detention facility was attacked four times, we were also delivering meals. When we came back, we found ourselves at the center of the shooting in Abai street. People were shooting from all directions. While we were driving away at high speed, we were hit by an armored personnel carrier as apparently we were mistaken for criminals. I was with a female chef in the car.  We passed out because of the severe blow and woke up only in the hospital. As it appeared later, nobody called an ambulance. We are lucky that people, who passed by that place, brought us to the hospital,” he said.

To date, both Dauren and his employee have had several surgeries. They are still in the hospital, but they are getting better.

I’m writing these words and feel like it’s not news from Taldykorgan, but some military adventure novel! I bow down to Dauren and his entire staff for their courage and dedication. You, guys, are true heroes! I wish them to get well soon.”

Tsoy’s followers didn’t only thank the author for sharing this information in comments, but also expressed their gratitude and support to Talipov and his staff. Here are some comments:

“Oh, I experience horror seeing this crashed car, but what’s worse is that people in it could have died. I wish the heroes and fighters of those tough days to get better soon. There are people who will build a new Kazakhstan.”

“In critical situations some people display their best qualities, while others show the worst. Get well soon!”

“What wonderful people there are! May Allah bless them! The important thing is to be alive, healthy, and the car can be bought.”

“That’s dedication, that’s a deed! Real people like that, citizens, command nothing but the highest respect! This kind of selfless act is worth publising. Maybe it will be a positive example for others that we are all human beings, and we have to think and take care not only of ourselves, but of other people around us. This is the only way to build an ecological and strong society when all Kazakhs become brothers.