By Zhanna Shayakhmetova in Nation on 24 January 2022

NUR-SULTAN – Transparency and rule of law are vital in the investigation of the January events, said President Kassym-Jomart Tokayev during a January 22 meeting with the heads of Security Council, Prosecutor General’s Office, National Security Committee, Ministers of Defense and Interior Affairs. 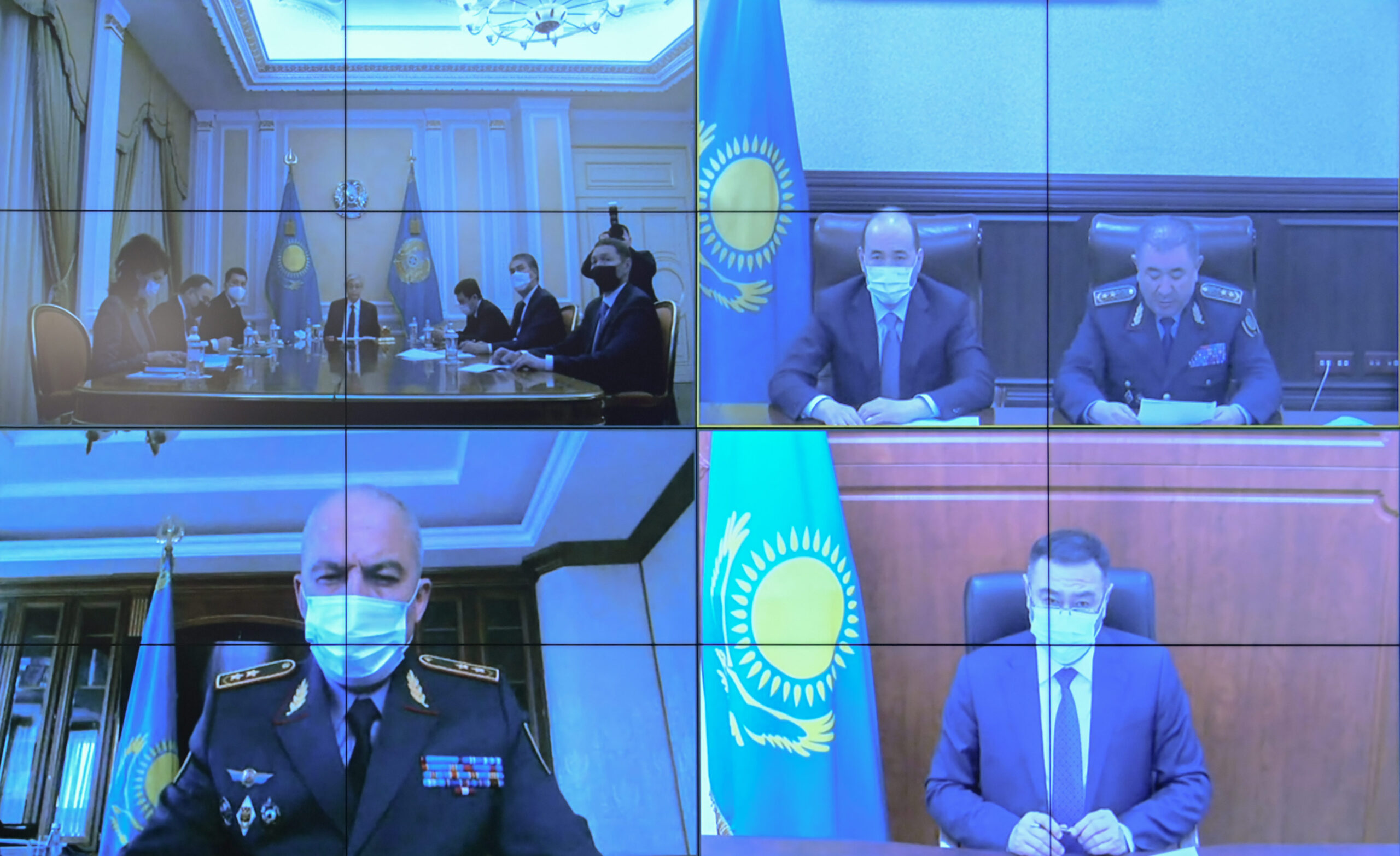 “It is impossible to allow society to form its opinion about the events that have occurred on the basis of speculation and insinuations. Citizens should see that the authorities ensure transparency and rule of law,” Tokayev noted.

The Law and Order operational and preventive campaign is ongoing in the regions after the two-week state of emergency ended on Jan. 19. The tracking of illegally held weapons is continuing.

Minister of Interior Affairs Yerlan Turgumbayev reported that 1,822 criminal proceedings have been launched for terrorism, murder, violence against authorities, hooliganism, attacks on government buildings and other crimes, and 116 cases have been referred to special prosecutors.

The critical (red) level of terrorism threat is still in place in Almaty, and the Almaty and Zhambyl regions. The anti-terrorist operation continues.

The Prosecutor General’s Office informed the public that prosecutors will take all measures to ensure the rights of detained persons. All complaints are being thoroughly checked.

Overall, 3,314 persons have been arrested. Prosecutors filed 1,884 requests for mitigation of punishment. As a result, 1,083 individuals were released from custody. A fine had been replaced with a warning for 490 persons.

The Prosecutor General’s Office also launched the stopterrorism.kz website. People can send in photo, video and audio materials recorded during the clashes in Almaty and other regions.

As a result, more than 1,500 materials have been received through the website.

“We were able to identify persons involved in the attacks of the Almaty city administration. We express gratitude to people for the assistance. The website is anonymous. The files will be used only in the investigation of criminal cases,” said Deputy Head of the first Service of the General Prosecutor’s Office Yeldos Kilymzhanov at the Central Communications Center briefing on Jan. 22.