“It Was a Short But Nasty War.” An Eyewitness Account of Almaty Tragedy

Editor’s note: During the tragic events in Almaty, some city residents shared on social media their personal experience during these days and expressed gratitude to those who helped the nation to stay strong. Among them was well-known Kazakh political analyst Adil Kaukenov.

Below is the translation of his eye-witness account of the events that shook Kazakhstan’s largest city and business capital.

It has finally concluded: the militants have been defeated, the city is being rebuilt. 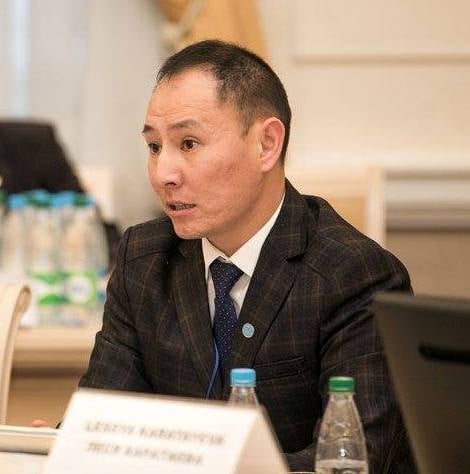 All these days our beautiful city has been held hostage by bandits and terrorists. Forgive me for being emotional, I will tell you a little about my experience as a resident of Almaty, living in the center of the city, who went through hell.

As usual, we were celebrating New Year holidays, skiing and skating in the mountains, walking around Medeu (local skating destination), the whole city was filled with New Year’s magic: music was playing, cheerful lights were hanging, all around kissing couples and families with children playing carefree.

And then, late at night, on our way home, we witnessed a takeover of the city. The rally was replaced by a terrible night of looting, robbery, and murder. We witnessed how all the city’s scum, led by professional guerrillas: extremists, gangsters, pickpockets, drug addicts, and others, crawled out of their holes, celebrating their victory over the civilians.

Right in front of our eyes, reveling in total impunity, they began to smash, rape, and steal everything on their path. In my neighborhood, pawn shops, jewelry stores, currency exchange offices, electronics stores, and more were vandalized. It all happened amid the news about the seizure of the airport, of the akimat (city administration), of the TV channels, and other strategic facilities.

By a strange coincidence the weather was very gloomy those days: clouds, fog and not a single ray of sunshine.

Seriously, it was such an eerie dark atmosphere even during the day, as if the city felt the pain of its residents. My imagination pictured horrible scenes of Syria or Iraq, destruction and eternal war. There was a persistent feeling that the terrorists had won, we were unarmed, disconnected, and given over to them as a sacrifice. I wanted to fight, but where should I go? Where are the army and police? How to gather the militia or the people’s brigades? Heavily armed Morlocks (fictional mutant characters appearing in Marvel comics) marched through the central avenues opening fire. Later, distinctive battle groups roamed the neighborhood driving cars without license plates.

Personally, I had no means of obtaining information at home. Everything was down on the Internet. My tablet and phone turned into useless pieces of plastic and glass. And not a penny of cash. But on the second day, I suddenly remembered that there was a radio in the car. So, in the middle of the dark night I sat in the car frantically twiddling the knobs of the radio.

It’s totally surreal, sitting in a dark, cold car sheltered from marauders in the farthest corner of the yard, looking for a live radio station with news. There was a feeling of helplessness, of the collapse of civilization, and of all the hopes and aspirations. It reminded me of the “Batman” movie, where Gotham city was overtaken by Bane’s terrorists. The same feeling of hopelessness and utter darkness. However now it wasn’t happening on the screen of a warm movie theater, it was happening to us, the living people, in the middle of a bone-chilling cold winter fog. And there was no superhero to come to the rescue.

Although, you know, I got the feeling that superheroes nonetheless exist, sitting right there in the car, when the radio finally caught the wave with the speech of President Kassym-Jomart Tokayev. After anxious hours of total obscurity, hearing the President’s firm voice saying that he was in the capital, that he was with us, that he would fight till the end, was like the light at the end of the tunnel. My feelings were shared by many people who heard explosions, screams, and gunshots outside the window that night!

It was a short, but a real war! The horror of it was that it could have carried on forever!

We reached out to each other, and all the common people of Almaty, who had suffered from the aggression of the terrorists, were glad to hear that our allies had responded immediately to the President’s call, and we were glad that we were not alone in this world – that we had friends, and that we could defeat the scum that is rampaging on the streets!

The proverb says: “A friend in need is a friend indeed!” In those terrible moments we could clearly see who our true brothers and friends were, and who were the detractors or simply indifferent observers.

Therefore, I once again want to say a sincere thank you to our Russian, Belarusian, Armenian, and Tajik brothers-in-arms, who came to our rescue without a shadow of a doubt, despite the risk to their lives.

I am sure that if not for this timely assistance, which allowed to free the hands of our military, all kinds of criminal bosses and conspirators, who thought they made the rules on that fateful night, would have had a real chance to turn people into medieval slaves, and a chance to ruin our beautiful country with internecine war.

Thank you, brothers! We will never forget your help!

The author is an Almaty-based political analyst.