By Saniya Bulatkulova in Culture on 18 January 2022 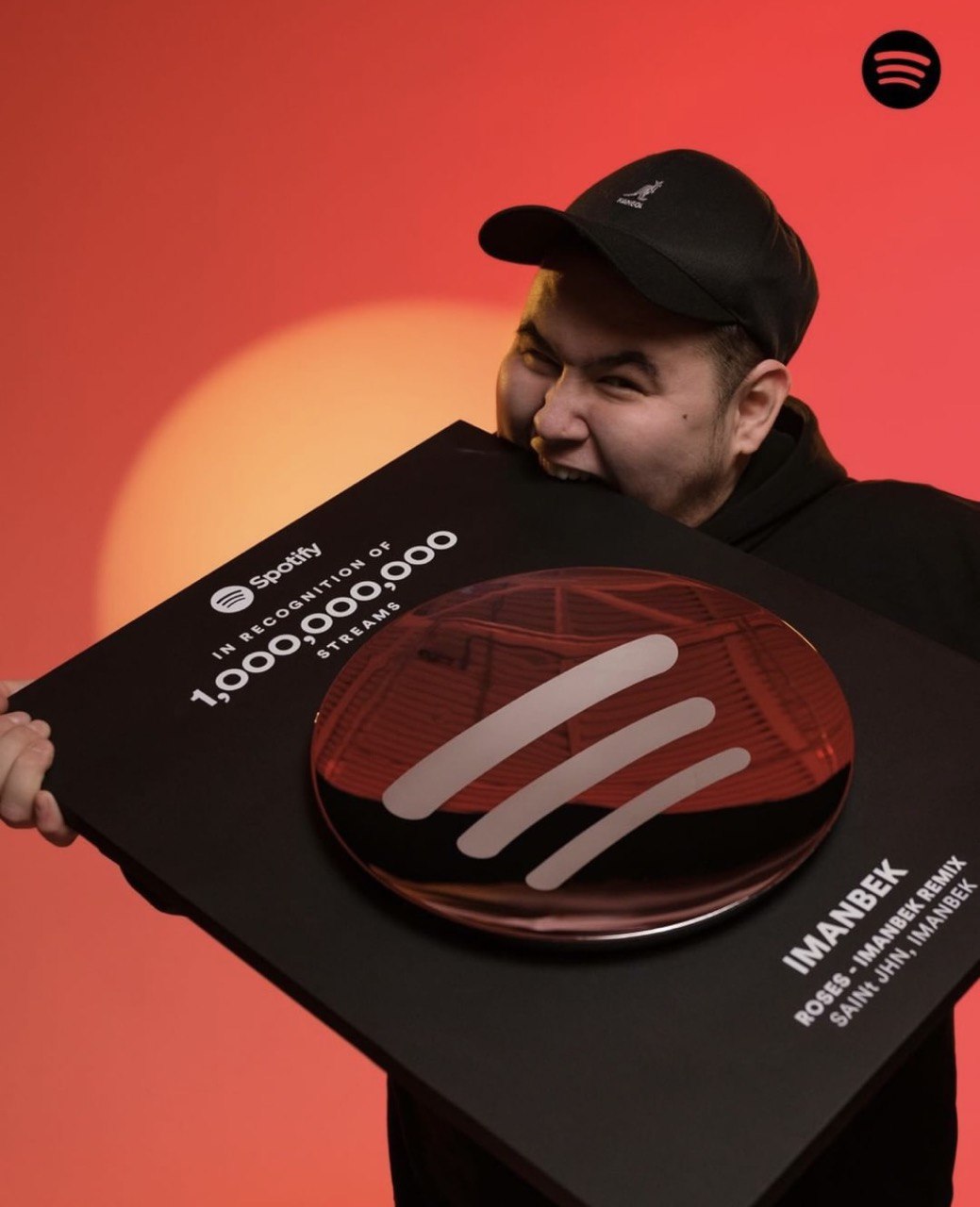 The remix has over 1.5 billion streams on Spotify.

The list of artists who received this award includes Billie Eilish, Travis Scott, Adele, and other world-famous musicians.

“Music has no boundaries, and an award from such a big streamer as Spotify confirms it. I am pleased that my creative work gathered fans from all over the world. It is doubly pleasant to be recognized by Spotify equally with other world stars,” said Imanbek.

While releasing his remix in 2019, Zeikenov worked at a railway station, studied railway engineering, and didn’t expect success to come to him.

His song went viral on Tik Tok in early 2020, and then hit some of the biggest international charts, becoming No. 1 in the United Kingdom. It also was in the top 100 most streamed tracks on Spotify and in the top 20 list of most searched for tracks of all time on the Shazam platform.

Last year, he won the Best Remixed Recording award at the 63rd Grammy Awards and the 2021 Billboard Music Award for Top Dance/Electronic Song.